Famous Fairy Tales and the Cinderella Story for Kids

If not, then hop right into it as we begin our folk tale journey of the famous fairy tales. Let us check the list of fairy tales along with a brief about them.

Below is a list of famous fairy tales; keep on reading:

That was quite a list of fairy tales which we bet you would love to read. You can get these fairy tales in the form of an English storybook.

Let us now see what are the most famous fairy tales in the world of English fairy tales.

Hey kids! Take a look at the list of the most famous fairy tales. You might even spot your favourite fairy tale here!

You must have read the English story book which illustrates the beautiful girl named Cinderella. Let us give you a brief about the story of Cinderella in the form of a summary.

One day, there was a royal ball in their kingdom, the two step-sisters hurried off to the ball, leaving poor Cinderella alone. She was crying bitterly. Suddenly, her fairy godmother appeared and helped her to dress up for the ball and made a magical carriage and sent her off to the royal ball, reminding her to be back by 12 midnight as the magic spell would last until that time, after which she would be back in her old form.

Cinderella was very happy! She hurried off to the ball in her magic carriage and danced all night long with Prince Charming there. When the clock struck midnight, she hurried off to return from the ball. However, while running, one of her glass slippers fell off her foot on the stairs and the prince who followed her picked up the glass slipper.

Now, he wanted to marry this beautiful lady. The next day, Prince Charming sent out his men to search for the girl in the kingdom. They carried Cinderella’s glass slipper to see whose foot perfectly fits into it. The actual owner of the slipper, which was Cinderella, would get to marry Prince Charming  immediately.

The prince confirmed his princess, and then they were happily married forever.

Once upon a time, a beautiful daughter was born to a king and queen. For the newly crowned princess, they threw a fantastic party. The important men, ladies, and fairies all arrived bearing gifts. Everyone gave the infant princess gifts. The princess received magical gifts from the seven nice fairies.

The first and second fairies declared, "You will be Beautiful and intelligent." The third fairy remarked, "You will be Kindhearted." The fourth and fifth fairies announced, "You will Sing and Dance." The sixth fairy assured her, "You will always be happy." A wicked fairy who was angry that the king had not invited her to the party suddenly came. She gave a curse to the princess. "The princess will prick her finger on the spinning wheel and die when she is fifteen," she predicted.

The evil fairy vanished. The princess didn't receive her gift from the seventh fairy. She stated, "Not to worry. Here's my gift to you. Princess won't pass away. She will sleep for a century. She will awaken when a prince kisses her. She will be slept with the entire kingdom".

Princess turned fifteen. The princess saw the stairs as she was exploring the palace. She followed it out of curiosity. She arrived at a room at the top of the tower through the stairs. When the princess opened the door, she saw an elderly woman spinning a wheel.

The princess was asked to attempt spinning by the elderly woman. She pierced her finger and she fell asleep.

Everybody in the kingdom also fell asleep. Around the palace, a thick forest of thrones grew. One hundred years have passed. A prince once stopped by to check on the sleeping princess.

The dense woodland was cleared by the prince. He entered the castle. He found the princess sleeping. He was in love with her because she was so stunning. Princess received a kiss from the prince.

It was a kiss of magic. The young princesses awaken. She saw the prince. She developed feelings for the prince. Everyone in the kingdom awoke when the princess woke up. When the king and queen first saw the charming prince, they were overjoyed.

The prince and princess married and lived happily ever after.

A little mermaid used to live in the ocean of Atlantica. She desired to be human, and when she found herself saving a handsome prince from suffocation, she came to the conclusion that she must become human at any cost because she must go with him.

This inspired her to go see an ocean witch, who demanded that she give up her voice in exchange for human legs, with the condition that she would return to the sea as a slave if the prince didn't wed her.

The mermaid then proceeded to see her prince but faced a series of obstacles, starting with the ruler not recognising her and ending with several admirers approaching to marry him. The mermaid and ruler finally reunite, defeating the witch and going on to live happily ever after. 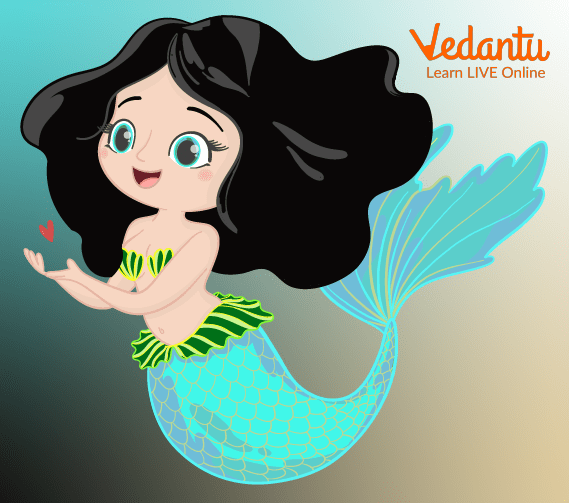 Beauty and the Beast

Starting in France, this is the tale of Belle, a delightful young lady who replaced her dad, when he was taken prisoner by a furious beast.

While things were initially unpleasant and scary for Belle, she soon grew fond of the beast because of the way he had treated her. When Belle heard that her father was sick, she begged the beast to let her visit him and promised to come back.

However, she was delayed for some reason and the beast started losing his breath. Belle came on time and he was saved. Then he asked her to marry him and Belle responded yes. This turned the beast into a handsome royal prince. Prince told about the curse and thanked Belle for her love for him. Prince married Belle and they lived happily. 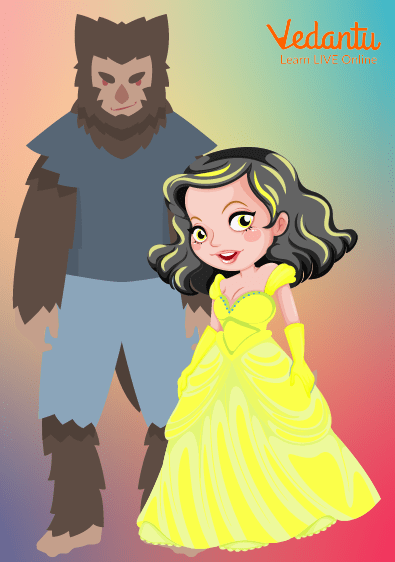 Beauty And The Beast

Fairy tales for kids will always make them happy no matter from where you read, whether online or offline. Kids enjoy famous short stories in English, not only it will amuse them but will also make their English studying interesting.

These short fairy tales will help your kids in reading and improving their imagination as well.

So, check out the benefits of reading and listening to short fairy tales:

Reading and listening to these short stories of fairy tales will help the kids in developing their brain by 95% by the age of six (this is confirmed by a research). Their imagination skills, and literary interest will rise from an early age. Although they would learn about fantasy lands in fairy tales, it would give them the power to differentiate between the real and the fiction.

The fairy tales are always based on a character who goes through a problem and then gradually solves it. This will help the children to understand that there are solutions to every problem and that they should not give up easily.

The fairy tales are filled with the idea that the good always wins at the end. Thus, by reading and listening to these fairy tales, children can build their trust in goodness.

The children will be familiarised with the different cultures around the world and learn about them.

These fairy tales encourage a child to be imaginative. The imagination power is built while they listen to such folklore.

Fairy tales are a great way to teach the children certain moral lessons of life.

So, the next time you sit with your child to play games or just to spend some time with them, try reading fairy tales to them. They will be very enchanted by them and would want to read or listen to more stories.

This article intends to provide an introduction to fairy tales and their benefits for kids and their parents. These fairy tales might get old but they will remain evergreen.

We have provided a list of fairy tales and also have shared with you the benefits of reading fairy tales to you kids. Additionally, we also have narrated the story of Cinderella in a summarised form.

Have fun exploring the world of fairy tales!

Moral of These Fairy Tales

Be kind, be generous to every individual, never give up, and always obey your parents. We have also learned that we shouldn't judge someone just by looks.

In this article, a list of very short fairy tale stories is discussed. Kids learn many new things in the form of stories. The list of short fairy stories that are discussed here is Sleeping Beauty, the Little Mermaid, and the Beauty and the Beast. We have many fairy tales but we chose only these 3 because they have a story related to someone’s life with a powerful lesson. These are beautiful fairytale princesses who met their prince (the love of life) at the end and lived happily ever after. These stories give lessons about being kind, always helping others, and never comparing or judging someone.

FAQs on Famous Fairy Tales and the Cinderella Story for Kids

The Smith and the Devil is the oldest fairy tale. According to the researchers, this fairy tale goes back to 6000 years to the Bronze age period.

2. Do all fairy tales have morals?

Yes, all fairy tales have morals to teach the children an important life lesson through the actions and choices of the characters.

It cannot be said that all fairy tales are entirely unreal. These fairy tales have come down from many centuries. Hence, it is said that they are partially taken from real experiences, and then modified into a fairy tale.

4. What is the correct time to read fairy tales to the kids?

There is no such specified time to read fairy tales. Though it is preferred to be read at bedtime. When the kids are relaxed and tucked into bed comfortably, they will keenly listen to you until they fall asleep.

5. What are some good short fairy tales?

Some good short fairy tales are as follows:

6. Write the characteristics of the beast in the story of Beauty and Beast.

The beast was very bad and scary by his outer look but he was a good person inside. He never hurt Belle and always took care of her meal and all her needs. He was a kind-hearted person.

7. Why did the evil fairy curse the princess in “sleeping beauty”?

Sleeping beauty is a story of a beautiful princess who was born after a long time. So, her parents threw a grand party to celebrate their happiness and missed inviting an evil fairy to the party. As she didn’t receive any invitation and the rest of them got it, she became angry and came to the party to curse the princess.

8. What is the importance of fairy tales for kids?

Fairy tales have an important life lesson to teach with a touch of magic that’s why kids enjoy fairy tales and listen properly. Fairy tales consist of stories of different cultures and places, so the vocabulary of kids is also enhanced by listening to these stories every day.