The Legend of Arabian Nights

The colourful stories known as the Arabian Nights, known also as The Thousand and One Nights, have come down through the centuries. Nobody knows who told them first or wherein, although they existed as early as the 10th century. Of Middle East foundation, the stories have given to the world such exciting heroes or rogues as Sinbad the Sailor, Ali Baba and the 40 thieves, and Aladdin and his magic lamp. A few Arabian nights stories are given in the following sections.

In this story, an angler finds a chest in the Tigris River that he offers to Harun al-Rashid, the Abbasid Caliph. Harun finds that it contains the body of a dead lady and orders his counselor, Ja'far, to tackle it.

The dead lady's husband and father both claimed to have killed her, however, the Caliph accepts the tale of the spouse who trusted her to have been untrustworthy. The spouse had purchased three exceptional apples for her when she was sick, and when he found a slave with one of the apples, the slave guaranteed his sweetheart gave it to him. In a fury, the man killed his wife. The slave who created all the mischief turns out to be Ja'far's, and Ja'far asks for an exoneration.

The Tale of the Hunchback 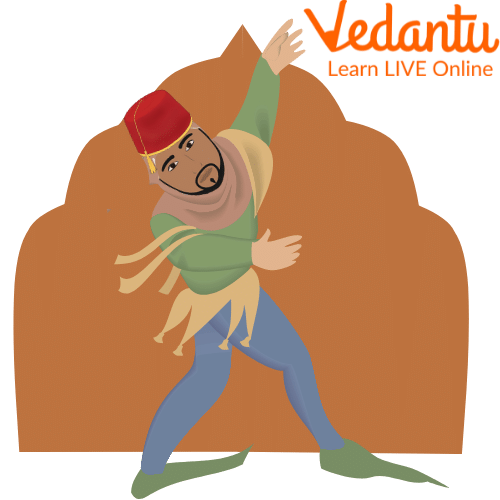 In Basra, a designer and his wife happened upon an entertaining hunchback who they chose to welcome to their home for supper. While the hunchback was eating and kidding, he got choked by a sharp fishbone.

The two enveloped the dead man with various things and imagined he was a kid with smallpox so everybody would let them be. The two left the hunchback at the doctor's home and took off. The doctor was anxious to see his patient, and he stumbled down the steps, falling onto the hunchback. Accepting he killed a patient, the doctor pawns the dead body off on his neighbour.

Ali Baba and the Forty Thieves

This well-known story is one more that was added by Galland long long back. Ali Baba was a poor but dedicated woodcutter who found a dacoits’ hideout safeguarded by enchantment, which he enters by saying, 'Open Sesame.' The cave was loaded up with fortunes, and Ali Baba let the mystery out to his sibling Cassim, who got killed by the dacoits while attempting to take the fortune. The cheats figure out Ali Baba knows how to get into their refuge, so they set out to kill him, yet they are outmaneuvered by Ali Baba's slave, Morgiana. 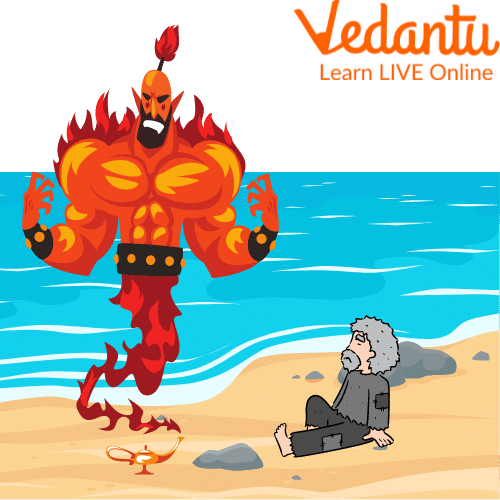 The angler concurs and offers the fish to the ruler as the genie is taught. At the point when the ruler examines the lake where the fish came from, he meets a sovereign who is half stone. The king helps the ruler and keeps on remaining companions with the angler.

The Three Princes and the Princess Nouronnihar

Three rulers all need to wed their cousin Nouronnihar, and the Grand Sultan, their dad, ensures the lady's hand to the sibling who tracks down the thing with the most elevated esteem. They each work to offer the best thing of real value, including an enchanted floor covering to ride, a supernatural cylinder that shows the watcher his most profound wishes, and a recuperating apple. Subsequent to finding the things, the rulers hear that Nouronnihar is sick, and instead of battling about her, they bring each of their things together to save her life.

These are the few arabian night stories.

The stories of Aladdin, Ali Baba, and Sindbad the Sailor have nearly become pieces of Western fables, however, these were added to the assortment just in the eighteenth hundred years in European transformations. It was compiled in Islamic Golden Age. The original name was One Thousand and One Nights but it is popularly known as the Arabian Nights. We are now well versed with some Arabian nights stories, What are Arabian nights? and Who wrote Arabian Nights?

1. Who recounts the narrative of "The Ass, the Ox, and the Labourer?

Scheherazade's dad, the Grand Vizier, tells "The Ass, the Ox, and the Labourer" to his little girl to attempt to prevent her from wedding the King who might kill her. There are two ethics in the story, the first is that you shouldn't place yourself in pointless peril, and the second, and less tasteful moral appears to say 'beat a lady who isn't devoted. Not excessively shockingly, Scheherazade ends up being very irate with her dad and quickly weds the King in any case.

2. According to the author, what is a story?

According to the author, the story is the spine of a singular or any book. It is a chronology of occasions, with dinner after breakfast, Tuesday following Monday, deterioration following the loss of life, and so forth. The creator discusses the Qua narrative, which has the simplest merit: it makes the viewer want to recognize what occurs subsequently. According to the writer, those are the most effective two compliments or criticisms that can be leveled in opposition to the tale. A story is the maximum fundamental and primary literary life.

You might be wondering who wrote the Arabian nights. The answer to this question is pretty simple. The Arabian Night Stories is a collection of middle eastern and south Asian folk tales which were published in the Islamic Golden Age. Most of the story came from 9th-century Baghdad. Antoine Galland has been credited as the author of Arabian Night Stories.

4. What are the number of stories in Arabian nights?

The number of stories in Arabian nights are 200.