Refer to Probability Class 12 NCERT Solutions available on Vedantu for detailed understanding on probability, which is an important topic in Class 12 Mathematics. Students will learn the basic principles of probability and get a strong base of Chapter 13 Class 12 Maths when they refer to our solutions. Our well-designed NCERT Solutions for Class 12 Maths Chapter 13 have been prepared by knowledgeable teachers and the subject matter experts who have tried to explain this vast concept in as simple terms as possible. You can now get the Probability Class 12 NCERT Book Solutions PDF Download for free on Vedantu, so you can refer to it whenever you wish to. The Probability Class 12 PDF solutions are handy, which means that whenever you have any doubts on any topic on probability, you can refer to the solutions to get your concepts cleared. Every solution is solved in detailed steps to explain the concept well to you.

In the earlier Class 12 Maths probability chapters, you have already learnt about what probability is. In any random event, the measure of uncertainty is measured by probability. A. N. Kolmogorov had formulated the axiomatic approach which was studied in the chapters. He treated probability as a function of the outcome of any experiment. In the case where there are equally likely outcomes, the relation between classical and the axiomatic theory has also been discussed. This lets you obtain the probability in the case of samples that have a discrete sample size. The addition rule in probability has also been studied.

The expression is valid when P(A) is greater than 0.

Thus if A and B are two events in a sample space say S, the conditional probability of

This Probability Class 12 section explains the multiplication theorem of probability. You already know that the conditional probability of event A given that B has occurred is denoted by P(A|B) and is given by:

The above result is known as the multiplication rule of probability.

For independent events A and B, P(B|A) = P(B). The equation then can be modified into,

The NCERT Solutions Class 12 Probability also explains independent events which are those events that when occurs does not affect any other event. Like if a coin is flipped in the air and the outcome is ahead. If you flip the coin again, the outcome is a tail. In both cases, the occurrence of each event is independent of the other.

The set of outcomes is known as events and this is explained well in the Probability Chapter Class 12 PDF. If the probability of an outcome of an event say A is not affected by the probability of occurrence of another event B, it is said that A and B are independent events.

The events E1, E2, …, En represent a partition of the sample space S if they are pairwise disjoint, are exhaustive and have nonzero probabilities.

Suppose there are events, say C1, C2 . . . Cn and they form partitions of the sample space S, where all the events have a non-zero probability of occurrence. Then for any event, A associated with S, according to the total probability theorem,

13.6 Random Variables and Its Probability Distribution

13.6.1 Probability Distribution of a Random Variable

The probability distribution of a random value is what defines the probability of its value that is unknown. The random variable could either be discrete or continuous. They can also be both.

The mean of a random variable can also be said as the expectation of X.

The variance tells about how spread out the X values is around its mean. The variance of a random variable is denoted by σ2x with the values of X as x1,x2,x3,…,xn and their occurrence with the probability of p1,p2,p3,…,pn.

There are many random experiments that can have only two of the possible outcomes. These are success and failure. Like for example, the toss of a coin which can be heads or tails or the result that something can either be defective or not defective.

These are independent trials and can have only two of the possible outcomes. These are known as the Bernoulli trials. Here are the conditions of a trial to be categorized into a Bernoulli trial.

A random variable has a binomial distribution when

Here are the Conditions for a Binomial Distribution.

Probability is an important topic which will be studied further if you take up mathematics at the undergraduate level. This is why it is important to build on your concepts and clear your doubts right from the start. This is why there are Vedantu’s expert teachers who have solved the NCERT probability Class 12 questions with a complete explanation to ensure that you do not just learn the concept for your examination but also master the topic.

1. How many topics and sub-topics are there in this chapter?

Following concepts are covered in Chapter 13 of NCERT Solutions for Class 12. Take a look at the following list:

13.6 Random Variables and its Probability Distributions

13.6.1 Probability distribution of a random variable

2. What is Conditional probability?

3. How many exercises are there in Class 12 Maths Chapter 13?

A. Chapter 13 Probability NCERT Solutions contains several exercises. Every exercise contains the answer to each question that has been asked in every exercise of chapter 13. All the answers are accurate and provided with step-by-step instructions. This is considered as the most helpful study material for every student to do their home assignments as well as practice various sample papers. Here’s the number of questions of all the exercises -

4. Why Vedantu’s NCERT Solutions for Class 12 Maths Chapter 13 is beneficial for the students?

A. NCERT Solutions for Class 12 Maths Chapter 13 Probability is provided in PDF format on our site which you can download very easily as per your convenience. These solutions are designed and prepared by the best teachers and subject matter experts from the respective fields. All the important topics are covered in every answer to the questions from the exercises of the NCERT textbook and each answer comes with a detailed step-by-step explanation to help students understand concepts better. These NCERT solutions play a crucial role in building the foundation stronger and also assist in your preparation for other competitive exams such as JEE Main, JEE Advanced, Olympiad.

Chapter 13 Probability of the NCERT Solutions for Class 12 Maths covers multiple exercises which are given in between and at the end of the chapter. Check our website or download our mobile app to access the NCERT Solutions in PDF downloadable format. 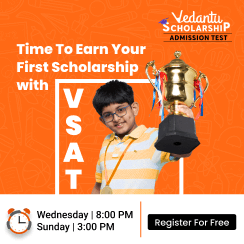 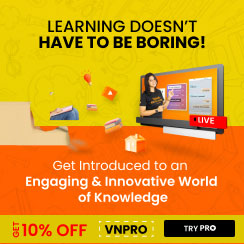