Most Interesting Alphabet Game for Kids

What are Alphabet Games?

To help with letter recognition, experts advocate introducing your child to letters early and regularly. Once your kid has mastered the recognition of each letter of the alphabet and its matching sound, they can go on to the more difficult task of recognizing full words and their sounds, both of which are critical components in the development of essential reading abilities.

Alphabet activities are a great method for your youngster to become more familiar with letters, both visually and verbally. Your child will enjoy learning in a variety of ways without even noticing it since it will exercise both fine and gross motor skills and provide a wonderful opportunity for sensory play.

You can begin by introducing your youngster to basic ABC Learning activities, which introduce the letters in a fun way. When the children are introduced to the noises, these activities improve both visual and aural recognition. The next logical step is to introduce tracing activities and alphabet writing games so that your youngster can practise writing each letter. For young children, our activities are entertaining and engaging, and they provide a stress-free approach to learning how to write the alphabet.

So, let's have a look at simple and enjoyable alphabet games you can play with your child at home right now!

An inflatable beach ball and a sharpie marker are all you'll need for this game. Toss the ball to your child and write each letter of the alphabet on it at random. Request that they identify the letter that is closest to their left thumb. They must transmit the ball to the next individual who must do the same. Ask them to state the number closest to their right pinky finger as an added challenge, adding an extra finger for each subsequent round. Playing Alphabet Soup is a great method to introduce your child to the alphabet. This game can be played in a variety of ways, but the original version only requires toy alphabet letters and a large kitchen pot. Simply drop the letters into the pot and let your child play with them, stirring the "soup" with a spatula or practising scooping up the letters with measuring cups while naming each letter. You can even do this in the bath with some tiny bowls and waterproof lettering. With so many options, you can easily change up this alphabet game to keep it interesting for your kids. 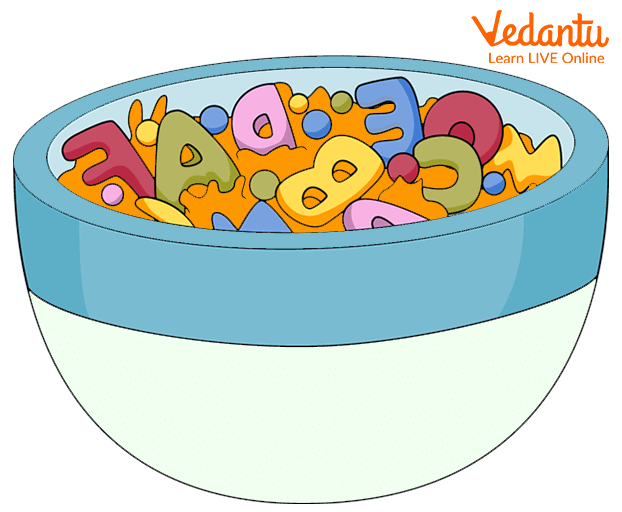 Scavenger hunts are enjoyable for people of all ages! Begin by writing each letter of the alphabet on a separate sheet of paper and scattering them across the floor. Request that your youngster collect items that begin with each letter and arrange them on the appropriate paper. Start with groups of five letters for younger children. If you're working with older kids, set a time limit for each letter. Make a set of basic images that start with each letter of the alphabet. Ask your child to match the first letter tile to each image using a set of scrabble tiles. Ask them to use the scrabble tiles to spell out the image's name for a more complex variation.

This is a beautiful sensory alphabet game for individuals who are willing to get their hands dirty. Prepare a batch of Jelly ahead of time, then drop alphabet letters into the mixture and put it aside. Your child's task is to "search" for all of the alphabet letters and name them as they come across them. You could even find yourself singing along to the tune of "We're going on a bear hunt!"

The alphabet puzzle is another excellent activity for learning letters. Because children can touch and manipulate letters as well as see them in 3D, puzzles are ideal for kinesthetic and visual learners. For audio learners, speak the letter loudly and have your child say it once they've placed it in the correct spot.

FAQs on Most Interesting Alphabet Game for Kids

1. What is the purpose of alphabet games?

Understanding and communicating in English require the ability to read, write, and listen (and any language). As a result, we want to do all possible to help you succeed. Children are more likely to retain letters and their sounds if the first important step (learning the alphabet) is made entertaining and engaging. They'll recognize and identify their letters in and out of order the more they remember them. The more prepared kids are to learn to read and write, the better.

2. How do you go about playing the ABC drinking game?

This is a drinking (or eating, depending on your preference) game. Clockwise is a game where you play turn by turn. Each player must respond to the question "What does "home" mean to you?" using a word that begins with the first letter of their first name. So I should say "door" or "drinks" if my name is "David."