VIEW MORE
What is Bauxite?

Bauxite is the main commercial ore for aluminium and exists on Earth in the form of sedimentary rocks. In 1821 the French geologist Pierre Berthier discovered bauxite near the village of Les Baux in Provence, southern France and ever since the ore carries the name of that village. Pierre Berthe also found that Bauxite ore contains Aluminium (chemical symbol: Al).
Regions for Bauxite mining:

Bauxite is found worldwide in abundance. In the world, the eight major countries known for Bauxite production are Australia, China, Brazil, India, Guinea, Jamaica, Russia and Kazakhstan. In India, the major regions for Bauxite mining are the hilly and plateau regions of Odisha, Madhya Pradesh, Jharkhand, Chhattisgarh, Maharashtra, and Gujarat. 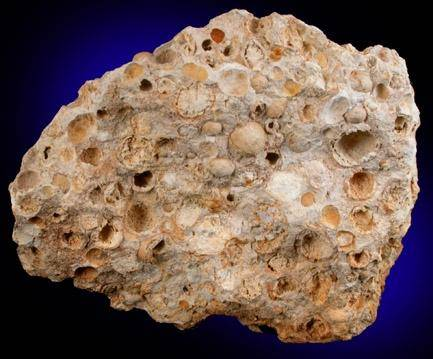 Image 1.
Bauxite is an ore of aluminium in the hydrated forms of alumina (aluminium oxide, Al2O3). It also contains small portions of iron oxides, titanium dioxide, silica, clays of alumina, etc. The two types of Bauxites ores found in the Earth’s surface are:

Bauxites vary physically from region to region according to their geographical origin. Some of the deposits are soft and easy to crush while some are dense, hard and pisolite or pea like granular rocks. Some are even porous and stratified or pseudomorphic in nature.
The laterites types of rocks are mostly pisolite with color variation of grey, brown, pink, cream, yellow, etc. The exposed surface in laterites are variegated and rough.
The karstic bauxites are transformed from the laterite bauxites. Geochemical studies provide evidences of elements that are rich in high organic cryptocrystalline kaolinite. The lower concentration of organic matter in karstic bauxites suggest pure kaolinite due to low concentration of organic matter. These are generally found in regions of hot, humid tropical and subtropical climates.
Bauxite Formula (Table)
In its raw form, the main bauxite chemical formula is Al2O3.nH2O, and it contains following minerals:


It is essential to bring to notice that on heating at the range of 196 to 202℃ the crystal structure of gibbsite is changed to boehmite and at 950℃ both gibbsite and boehmite crystals get modified to a spinel-shaped cubic structure.
All Indian bauxites are luckily either gibbsite or boehmite or mixture of both the types of ore. So, India can use both these ores for metallurgical as well as non-metallurgical purposes.
Principle Uses of Bauxite
The principle use of Bauxite is the extraction of aluminium mineral as a metal. Aluminium has been extensively used commercially as well as in day-to-day human life in the form of cooking utensils, construction of doors and windows, furniture, cosmetics, paints and varnishes, aluminium hydroxide medicines, etc.
Aluminium is a non-ferrous metal. Aluminium foil and beverage cans manufactured has 92-99% aluminium alloy in its purest form. As aluminium has low density its major use is in building vehicles for transportation, such as aircrafts, automobiles, trucks, railway cars, spacecraft, marine vessels, etc. Due to properties like corrosion proof and non-toxicity it has been used in making cans for storage and packaging of food and beverages. Aluminium is highly conductive and has high mechanical strength and this property is used for making aluminium wires, transformers, capacitors, motors and generators, etc.

Metallurgy
Bauxite rocks are mined from the land surface of terrains and transported to the processing industries to be treated in Bayer Process to obtain alumina. Then alumina is passed through Hall-Héroult electrochemical smelting process to obtain pure aluminium. This extracted pure aluminium metal has several applications in the industries, transport vehicles, building constructions, etc.

Used as a catalyst
Alumina (Al2O3) after extraction and purification has application as catalyst in several chemical reactions. Activated alumina has major application as absorbent and catalyst in production of hydrogen peroxide and polyethylene. It acts as selective adsorbent for removal of sulphur, arsenic and fluoride. It is used as desiccant to keep things like medicines free from moisture, as it absorbs moisture from the surrounding. Activated alumina also acts as filters for filtering certain fluorides. Activated alumina can always be regenerated or reactivated using lye (pure NaOH) in solution form.
Industries
For industrial purposes, calcined bauxite used as an abrasive. Sintered bauxite (Calcined bauxite) after crushing and heating at a very high temperature is used for making fine sand-blasting abrasive beads in equipment where friction must be developed to smoothen a rough surface or roughen a smooth surface. It is also used as an abrasive in sandpapers of sintered bauxite particles, polishing powder and polishing suspensions.
Additionally, bauxites are also often used in paper manufacturing. It is also used in water purification plants where alumina acts as absorbent.
Sintered bauxite is in drilling for oil and natural gas by hydraulic fracturing. The reservoir rock is often fractured by pumping fluids into the well under at extremely high pressures. The rocks in shale reservoir crack, allowing water and bauxite "proppants" to rush in. The proppant particles clog the reservoir cracks when the pumps are shut. These crush-resistant proppant particles remain in the cracks, allowing the flow of oil or natural gas out of the rocks and into the well.
In Building Material and Road Aggregates
Bauxite finds its use in building materials and road aggregates. In ancient India, laterite was used as building blocks in temples and one example of this is the temple of Angkor. The curiosity to study the materials of construction in those ancient temples brought the English surgeon Francis Buchanan to India. He studied and named the ore laterite after the Latin name of brick. Nowadays, laterite gravels are used in building roads. The porosity and hardening properties have made it possible to build non-slipping pavement and flooring.
High alumina cement was found to be resistant to chemical attacks. Due to such properties, it has application in marine construction works. It is also used for precast concreting, water pipes, sewage pipes, in factory chimneys building, etc.
Ceramics of different mechanical properties used in building bricks and tiles has been made from bauxite wastes or residues called “red mud”.
Conclusion
Bauxite rocks are commercially used according to their properties of being abrasive in cement, chemicals and refractory. The diversified properties of bauxite and its application still makes it an attractive subject for research.
VIEW MORE
Claim your FREE Seat in Vedantu Master Classes!
Register now
sign in