118 Elements and Their Symbols and Atomic Numbers 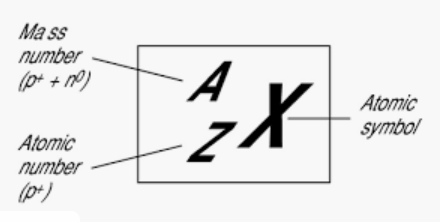 The modern periodic table, today, consists of 118 elements in total. Since the names of the elements can be long and complex to use, these are denoted using a symbol. Each element has a unique symbol.
What is meant by a symbol?
A symbol is a notation that generally comprises of one or two letters which is used to represent a chemical element. There are also symbols having 3 letters. These are newly synthesized elements and they are temporarily named like that. There are certain rules associated with writing a symbol. The first letter of a symbol is always capitalized while the second (or third) letter is always written in lowercase. E.g.- Ca for Calcium, He for Helium etc. If the symbol for an element consists of only one letter, it is always written in uppercase. E.g.- N for Nitrogen, O for oxygen etc.
Symbols are most commonly used to represent elements in a periodic table. Chemical formula and equations are also represented using those symbols. Without the symbols, it would have been a herculean task to represent all these 118 elements and the umpteen numbers of compounds they form. The following table gives the list of 118 elements along with their symbols and atomic number.
118 Element and their Symbols and Atomic Number (Table)


We now know all the 118 elements and their symbols. One may ask, ‘How is the symbol of an element derived?’ We can see in the table above that most of the symbols are derived from the elements’ names, by taking first or first two letters from the English name of the element. But we can also see that many of the symbols do not follow this pattern. This is because the symbols of a few elements are derived from their Latin or Greek names. For example, the Latin name for gold is aurum. Hence, it is denoted by Au. Sometimes, the elements are also named after the scientists or the geographical location where they were discovered. The elements which are new are temporarily named according to their atomic numbers. For example, the element with atomic number 110 was named as un un nilium with a symbol 'Uun', now its named Ds. As far as students are concerned, it is important to study all the 118 elements with their symbol and valency.

Valency of an element
In order to achieve the most stable configuration i.e. of a noble gas, the atom of an element tries to gain or lose electrons. This ability of an atom to gain or lose electrons to achieve a stable configuration or inert gas configuration is called as the Valency of an element. The number of electrons in the outermost shell is called valence electrons and the outermost shell is called valence shell. Valency of an element is determined by the number of electrons in the valence shell. It is important to know the atomic number and electronic configuration of an element to find its valency.
Atomic Number
The concept of atomic number and valency can only be understood if you know what exactly are elements made up of. An element is made up of a single type of atom. An atom is the smallest indivisible unit of a matter. It consists of electrons, protons and neutrons. The centre of the atom, also called the nucleus which is positively charged and consists of protons and neutrons. Protons are positively charged. Neutrons are neutral that it doesn’t have any charge on it. The nucleus is surrounded by negatively charged electrons.
The sum of protons and neutrons gives the atomic mass of an element. Atomic number is the total number of protons present in the nucleus of an atom. It is denoted by the letter Z. The chemical properties of an element are determined by the number of protons in the nucleus. This is why the knowledge of atomic numbers is important in understanding the chemistry of elements.