VIEW MORE
What is adsorption chromatography?

A Russian botanist, Mikhail Tsvet in the year 1901, invented the process called adsorption chromatography while doing his research on plant pigments. He separated chlorophyll and carotenoid pigments of a different colour by passing the sample of leaves through a column of calcium carbonate, sucrose, and alumina, allowing them to rinse with petroleum, ether/ethanol mixtures. The term "chromatography" was coined from the Greek words chroma meaning "color" and graphos meaning "to write" in a 1906 publication. 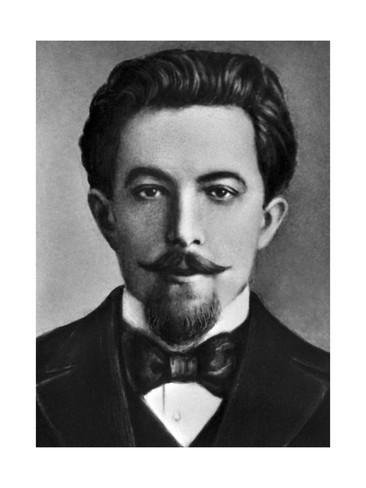 Adsorption Chromatography is based on the principle that some solid substances, which are known as adsorbent, have the power to hold molecules at their surface. This holding force is due to weak, non-ionic attractive forces of the van der Waals' and hydrogen bonding, which only occur at specific adsorption beds. These adsorbent beds can differentiate between the organic molecule (adsorbate) based on their strength of binding. As solvent (eluent) is constantly passed over the adsorbent (stationary phase) in the column, differences in the compound flow rate eventually lead to the separation of the organic mixture (analytes). The most commonly used adsorbents are silica, alumina, and carbon. 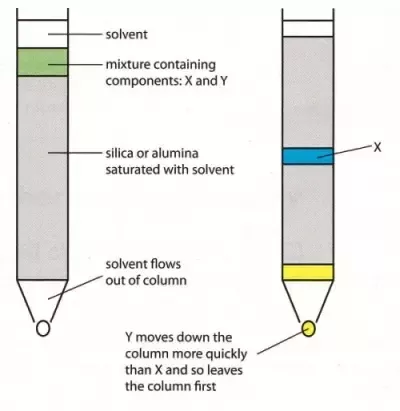 The process involved in TLC is as follows: 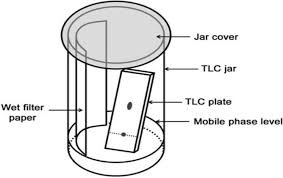 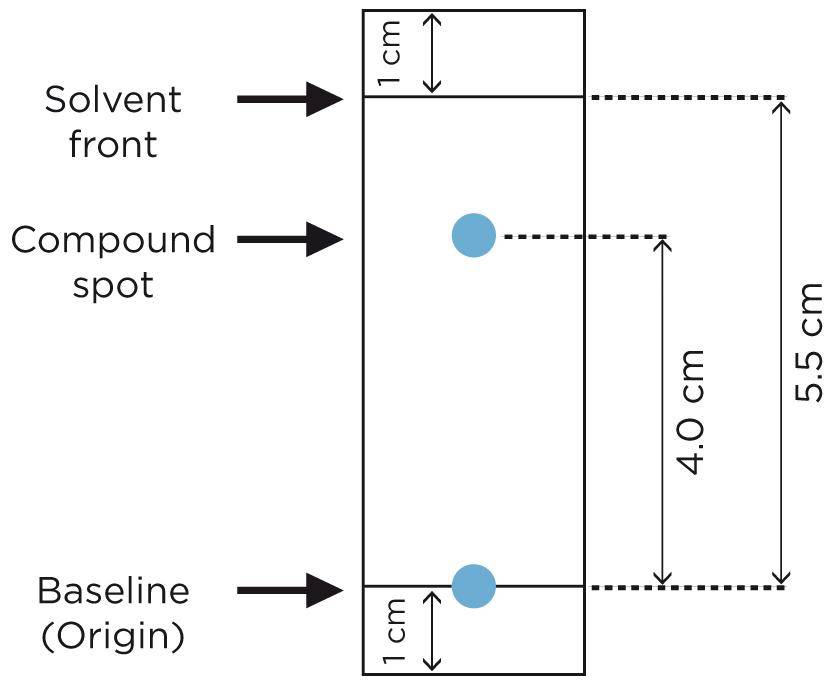 There are three main types of adsorption chromatography - 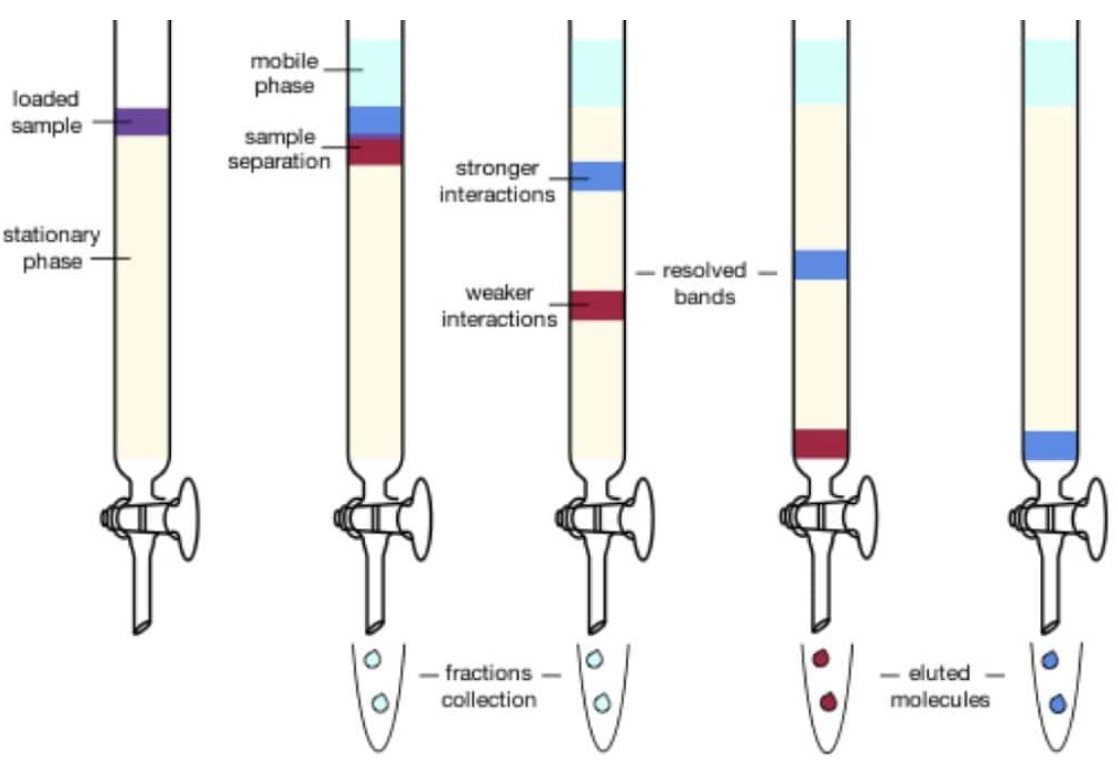