What is Pro Rata?

When something is divided "pro rata," it indicates "following the relative value of the parts." Dividend payments and cash distributions from firms to their shareholders are the only examples of when pro-rata calculations may be helpful. 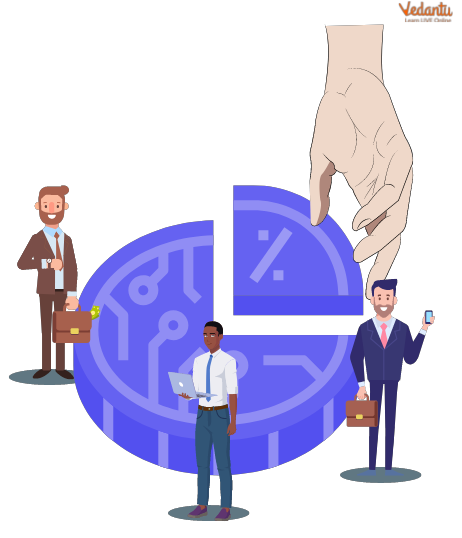 What Exactly does "Pro Rata" Stand for?

The insurance industry uses the pro rata method to calculate the premium for a policy that will only cover a portion of the policy term. Pro rata may also be used to allocate the appropriate share of an annual interest rate to a shorter period.

The term "pro rata" describes the distribution of benefits or money to investors depending on their relative stake in a business. Proration is the process of attempting to make two fractions with different denominators equal.

Proration may be used in numerous contexts, including distributing dividends or profits from a business partnership and invoicing and payment for services. To determine the pro rata share of a resource, one must divide the actual amount of that resource by its maximum allowable allocation. It is possible to use this ratio to determine the percentage of any similar object.

What are Fully Paid Shares?

For shares to be considered "fully paid," they must be issued with no outstanding balance owed by shareholders to the corporation. Shareholders must pay a predetermined price when a firm issues shares, initially or in a secondary issuance. Fully paid shares are those that the corporation has received from its shareholders. What does It Mean When Shares are Fully Paid?

Why is Pro Rata Useful?

Because the percentage of one good is imposed on another, the mathematical idea of pro rata is valid. The term "pro rata" refers to the practice of representing a portion of one object using a different foundation. 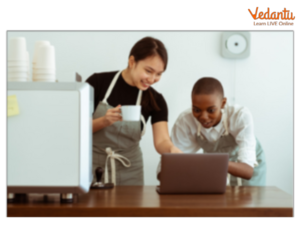 Pro rata stems from equivalent fractions with varying denominators. For example, in the previous illustration, the fraction 79/365 is equivalent to the proportion 2,164/10,000 (Ignoring rounding variances). That's why all you have to do to calculate pro rata is take a fraction and get its equivalent with a specified denominator. To put it another way, pro rata is an effort to find a numerator that will make two fractions equal under certain conditions.

So, let's say you and a pal want to divide up four slices of pizza equally. If the pizza is cut into pieces and you and your friend split it evenly, you would get half each. This pro rata example looks for the fraction with a denominator of 4 equal to 1/2. Two slices for each of you, so 2/4 Equals 1/2. 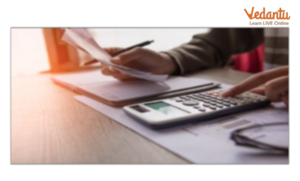 Usually, the shareholder and firm agree when the company may demand payment. The corporation may then issue partially paid shares with a payment plan. After receiving the balance, partly paid shares become fully paid.

Fully paid and partially paid shareholders have the same rights, including:

Shareholders' dividend rights are proportional to what they've previously paid. A shareholder with partially paid shares has the same vote as one with fully paid shares in a show of hands meeting (one vote per share).

Pro rata implies everyone receives their portion. Investors get dividends pro-rata depending on their investment. Proration, which equalises fractions with different denominators, is the origin of pro rata. Prorating applies to bills, tips and business partnership income. It is calculated by dividing the item instance by its maximum amount. Any related object may be proportioned using this ratio.

FAQs on Pro-rata and Partly Paid up Securities Premium

1. What is Pro Rata for Insurance Premiums?

Partial insurance policy terms are often used to calculate the corresponding premium. For example, since most insurance contracts cover 12 months, the insurance provider will prorate the yearly premium to calculate the amount due for a shorter period. The premium for the shortened period may be calculated by dividing the total premium by the number of days in a full term and then multiplying that result by the number of days in the shortened term.

2. What is a Pro Rata Discount?

A Pro rata discount is a merchant discount. When companies provide various discounts as an incentive, they may provide a discount to new customers. In addition, they may give a discount for a specific period or to repeat customers.

If customers sign up for more than one of a company's services with a regular monthly price, they can be eligible for a prorated discount. For example, the merchant could apply a pro-rata basis discount but only charge the consumer for the time they used the service.

3. How does the pro rata premium work?

Find out how much you'll need to pay for your insurance premium annually. Premiums may be estimated daily by dividing the total yearly cost by 365. Multiply this by the number of days in the shorter payment period. You'll often hear people refer to "pro rata" when discussing things like insurance premiums or the distribution of dividends to shareholders. A firm grasp of pro-rata and its use in business is crucial for effectively dividing specific sums into equal percentages in various contexts.