John D. Rockefeller, a billionaire who lived from July 8, 1839 to May 23, 1937, is still regarded as one of history's wealthiest people. He rose from humble beginnings to found Standard Oil in 1870. He then set out to brutally eliminate his competitors in order to monopolise the oil business. He diversified into industries such as iron, steel, and copper, as well as railroads, corner stores, and newspapers. He clashed with the United States government, which enacted the Sherman Antitrust Act in 1890 in order to break up Standard Oil. This resulted in a protracted legal battle, which the government eventually won in 1911.

His emphasis on efficiency and size, combined with the use of modern chemistry, resulted in the development of a wide range of new items that improved the lives of ordinary people. His massive product was ready, willing, and able to produce affordable gasoline when needed, ushering in the era of the automobile in America. He made light accessible to millions of people.

"Growth of a huge corporation is only a survival of the fittest," said John D. Rockefeller. Rockefeller is widely regarded as the wealthiest American in history, having been the country's first billionaire. The majority of his wealth came from his company, Standard Oil Company, which grew to dominate the oil industry and became the first large American business trust. Because of Standard Oil, which he owned 90% of, Rockefeller was one of the most influential businessmen in American history. Rockefeller left Standard Oil's day-to-day operations at the age of 56 and went on to become one of history's most renowned philanthropists. 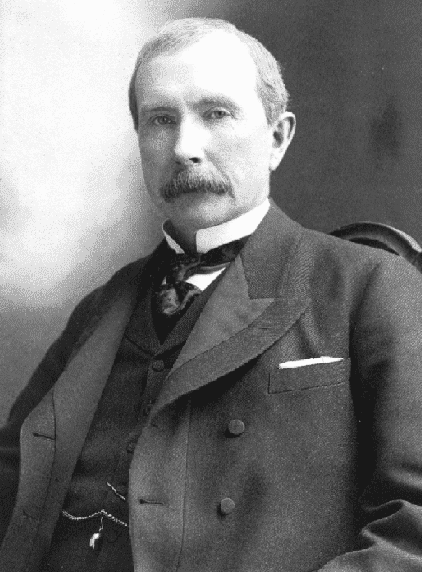 Rockefeller dedicated his life to philanthropy after leaving the corporate world in 1896. Throughout his life, he gave hundreds of millions of dollars to charity and founded the Rockefeller Foundation with his son John Jr. to carry on that work after his death, which it still does. He founded Rockefeller University as well as the University of Chicago (originally known as the Rockefeller Institute for Medical Research). While not acting on their own initiative, Rockefeller and Standard Oil Company were responsible for antitrust and labour laws.

Synopsis of Billionaire God Of War

This is the story of a Son of the Earth who was born to be the undisputed heir to a billion-dollar fortune. However, the evil-playing gods in his life cast him out onto the street. His existence quickly fades into obscurity, and his fortune appears to be slipping from riches to rags.

However, the God who is greater than all other gods has a better plan for him. One of the mysteriously powerful individuals kidnaps him and transforms him into an unstoppable force.

A young girl gives him candy a few days before he is treated kindly by this stranger, the one nice thing in his cruel, meaningless life.

His memory of this act of kindness will last a lifetime. Until destiny grants him the opportunity to repay the favour, the little girl's innocent, sweet eyes will always be the sweetest part of his memories.

You'll be astounded to discover how anyone can have bad luck and why having a pure heart is so important. You will see the tables turn, people licking the dust with stern vanity, and patience, honour, and winning people over.

The early twentieth-century Standard Oil monopoly exemplified what happens when a company loses focus on serving customers and becomes consumed by profit-seeking.

Following the Civil War, men flocked to western Pennsylvania to stake their claims in a "black gold rush." John D. Rockefeller was one of these forefathers. Within a year, petroleum drilling became feasible, and the price fell from $20 per barrel to just 10 cents. Rockefeller recognised that the key to making money in the oil industry was refining and distributing oil rather than extracting it from the earth. Standard Oil went too far when it changed its corporate philosophy to one of benefiting from monopolistic control of petroleum product distribution and refining. You can go through Billionaire God of War to understand more related to this.

There is no doubting the importance of wealthy industrialist John D. Rockefeller as the main architect of the Standard Oil monopoly and a well-known philanthropist, despite the fact that he was both adored and reviled. His legacy is preserved through the work of the Rockefeller Foundation and still-existing organisations he founded, like the University of Chicago and the Rockefeller University (originally known as the Rockefeller Institute for Medical Research). He is still recognised as one of history's most powerful individuals, one of the wealthiest individuals in the modern age, and a legend on Wall Street. He was a cold-blooded businessman who had no sympathy for his rivals.

1. Who is known as the father of petroleum industry?

There are numerous solutions to this question. Unrefined crude oil was discovered 4000 years ago and used in China over 2,000 years ago. By the 9th century, crude oil resources were beginning to appear near Azerbaijan, and tar was being used to pave Baghdad's streets. By the 13th century, distilled goods, a forerunner to modern refining techniques, were available in Europe. Edwin Drake's drilling rig encountered difficulties in late summer 1859 in a narrow hole he had dug on a gravel bar in Oil Creek near Titusville, Pennsylvania. One of the team members looked down the hole to see what had stopped them before attempting to drill further and thought he saw a dark liquid sheen at the bottom.

2. How did John D. Rockefeller rise?

John D. Rockefeller founded the Standard Oil Company, which acquired rival refineries, built pipelines, and aggressively expanded into new markets. These methods enabled the company to negotiate preferential pricing on its oil shipments with railroads. Standard Oil essentially controlled the American oil market by 1882. Both John D. Rockefeller's fortune and the aggressive business tactics of the Standard Oil Company left an indelible mark. As a result of public hostility toward monopolies, some countries enacted anti-monopoly legislation, the most well-known of which was Standard.

3. What was John D. Rockefeller's accomplishments?