Insights into Current and Potential Difference

This is measured in volts, and the difference between electric potential at one point to another point is termed the potential difference. This is often used and termed voltage in Physics. If a voltage flows in a circuit, it surely results in the movement of charges from one point to another inside the electric material. Therefore, the flow of charges in a cross-sectional area with respect to time is defined as electric current. This is measured in amperes. Let’s look more deeply into understanding the concept of electric current and potential difference.

Relationship Between Current and Potential Difference

Say, a test positive charge q is assumed at position 1 and the electrostatic force needed to pull it against the field is 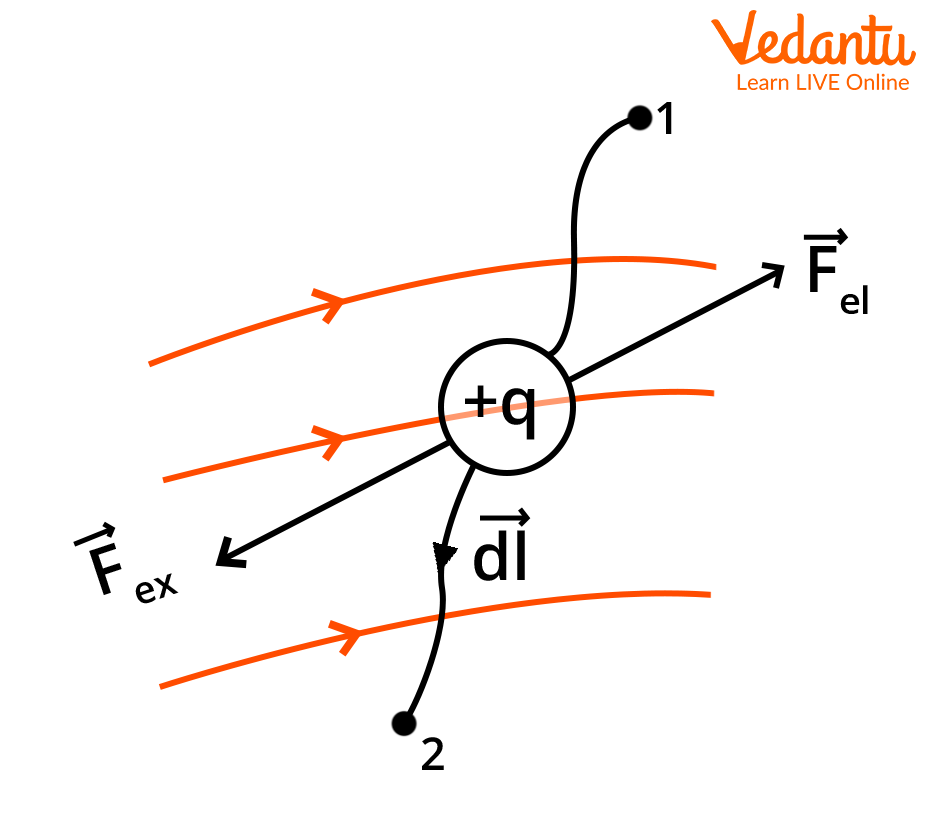 So, the work done by any external force is given by,

Therefore, the work done by the external force is written as:

Let us suppose the potential at point R is V and it can be derived according to the definition of work done per unit test charge to move from infinity to point R.

This is the expression for electric potential in a static electric field.

The difference between potentials taken at two different points is termed potential difference. Let us look into the electric current flowing through a circuit in detail.

The Graph Between Electric Current and Potential Difference

Therefore, V = IR where R is the resistance of the conductor material. The graph between V and I is a straight line whose slope is R as it is a linear equation, y = mx + c. 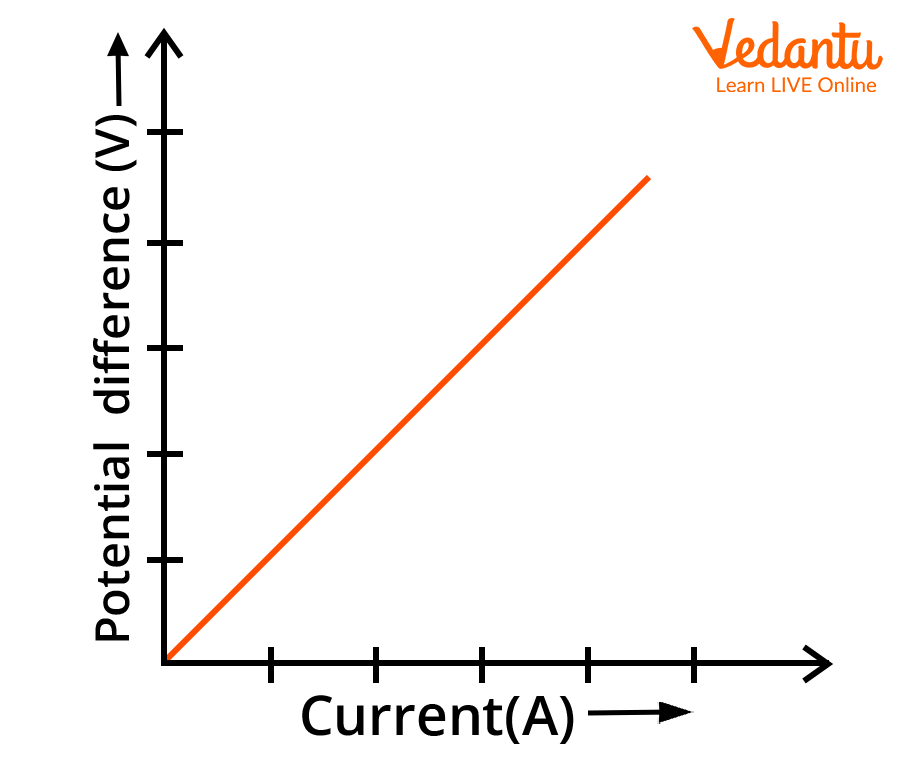 Graph Between V and I

In a series connection, all the resistors are connected in a consecutive manner where the end of one resistor is the beginning of the other, as shown in the figure. Here, the voltage drop across each resistor is different, whereas the current flowing across every resistor is the same. 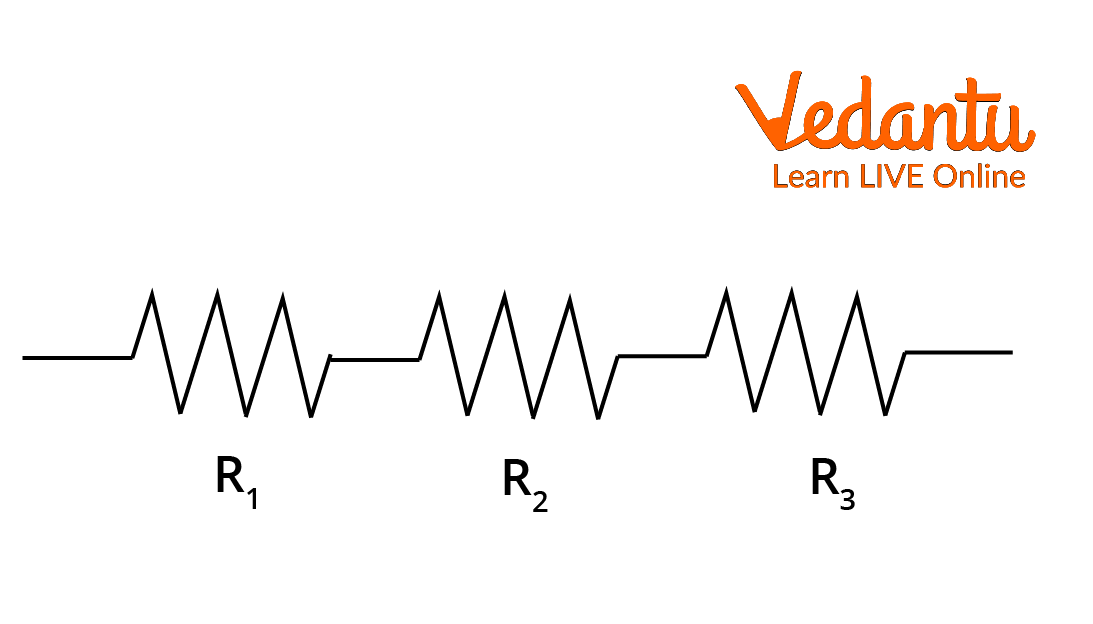 In a parallel connection, various resistors are connected between the two ends which makes them look like parallel lines as shown in the figure. 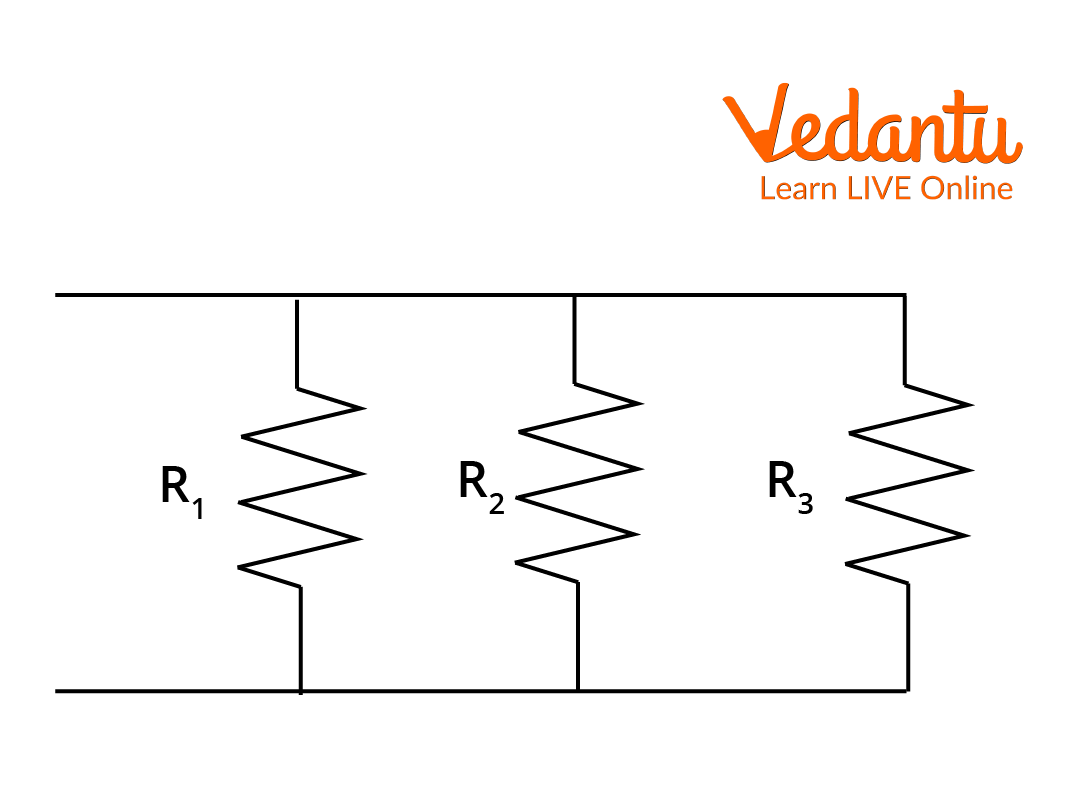 Here is the equivalent resistance,

Example 1: Find the current ‘i’ flowing in the given circuit when the voltage source is 2V. 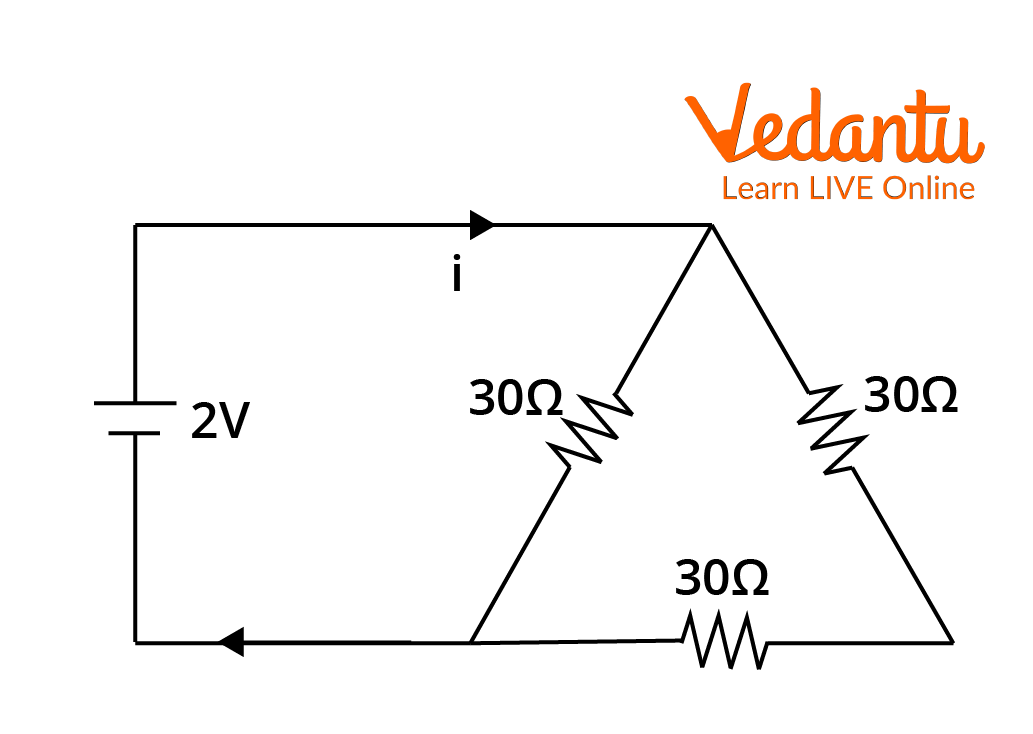 Two resistors are connected in series and then in parallel to the third resistor.

The equivalent resistance of two resistors, 60$\Omega$ and 30$\Omega$ in parallel

Therefore, the equivalent resistance is 20$\Omega$ in the circuit.

The voltage is 2V.

According to ohm’s law, V = IR

The current flowing through the circuit is 0.1A.

Let us find the voltage across the resistor R1 and R2

The voltage present across the resistor R1 is 9V

The voltage present across the resistor, R2 is 15V.

Now, the 5$\Omega$ resistor is replaced with 10$\Omega$ and the current flowing through the circuit is 9A.

After replacing the 5$\Omega$ resistor with 10$\Omega$ and when the current flowing through the circuit is 9A, the total voltage drop across the circuit is 117V.

FAQs on Electric Current and Potential Difference for JEE

1. How do you describe the relationship between electric current and potential difference?

2. What is the weightage of this topic in JEE Main?