An Overview of NAFTA 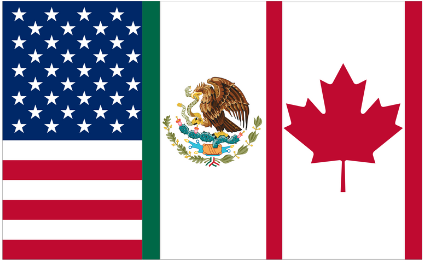 The agreement was implemented between the United States, Mexico, and Canada to promote trade. NAFTA added two side agreements, the NAALC (North American Agreement on Labour Cooperation) and NAAEC (North American agreement on environmental cooperation). It focused on eliminating trade tariffs on agricultural products, automobiles, and textiles. This agreement also protected intellectual property rights and removed the restrictions on investment among these three countries. It has also deepened the political relationship among the three signatory countries. 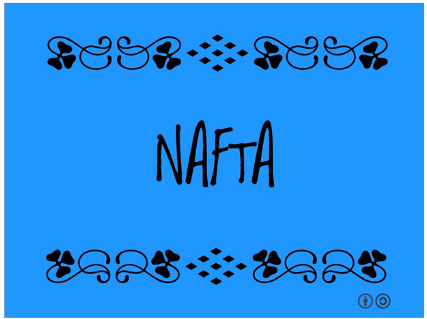 Since its inception, NAFTA has been the centre of controversy. It was believed that the lower tariffs would help in increasing the profits, but according to the trade and labour unions of the United States and Canada, their jobs are in danger because of the fear of shifting to Mexico due to lower labour costs there.

Moreover, former US President Donald Trump contended that the trade deficit with Mexico and the loss of American jobs are due to NAFTA. For this, he intended to revise the trade agreement with Mexico.

Why was NAFTA in the News?

Due to controversies and issues in the agreement, the three countries talked about overhauling the agreement. In January 2017, it was agreed that a revised agreement would be signed between the countries. The new agreement will address the issues of labour, environment, and the changes in the business environment. It also announced that the deal would make this agreement fairer. The US and Mexico had a consensus, but Canada was not showing any signs of interest.

Canada opposed the new consensus because of the following reasons:

Despite the tussle between US and Canada, the negotiators have been trying to negotiate the deal because the US wants Canada and Mexico to be a part of it. It is important for the United States because Canada is one of its major export destinations for them.

The NAFTA benefits are as follows: Agreement of free trade between countries paves the way for other countries to enter the globalised world. Such agreements create a unified world.

The North American Free Trade Agreement (NAFTA) is both an improving and controversial measure. Though it improved the trade and investment between the three countries, on the other hand, it hurt the economy in terms of employment and environment. The agreement is a matter of debate as there were significant gains and also some losses. The engagement of the three North American countries has laid the foundation of free trade and globalisation for the world.

With the changing business environment, it is important to update the old agreements and transform them into new ones to keep in line with the current changes. The new renegotiated agreement between the United States, Mexico, and Canada, i.e., USMCA, has included the earlier loopholes, to improve the trade agreement.

FAQs on What is NAFTA (North American Free Trade Agreement)?

1. What was the purpose of the North American Free Trade Agreement?

The North American Free Trade Agreement was signed to decrease the trade cost, reduce tariffs and trade barriers, and increase investment among the three North American nations that are the United States, Mexico, and Canada. NAFTA was inspired by the success of the European Economic Community agreement, which eliminated the barriers to trade among its members and resulted in growth, increased trade and profit. The agreement's main aim was to make North America more competitive globally. The agreement quadrupled the trade between these countries and increased the economic output of the countries.

2. What are the disadvantages of NAFTA?

The cons of NAFTA are as follows:

3. Explain the increase in North America GDP  due to NAFTA.

The increase in trade between the three countries, the US, Canada, and Mexico, resulted from the free trade agreement, which removed the tariff and non-tariff barriers between the countries. Due to the North American Free Trade Agreement (NAFTA), the overall trade in nominal terms saw a 258.5% increase and resulted in economic growth. In numbers, the trade grew from $293 billion to $909 billion. From 1993 to 2015, there was around $1 trillion in trilateral trade between the involved countries. It was also noted that the real GDP increased in the United States and Canada.