Development Economics - A Branch of Economics

What is Development Economics?

Development Economics is a branch of economics that deals with fiscal, economic, and social conditions in developing countries. It is generally applied to the economies of the developing world. Development economics includes health, education, working conditions, and domestic and international policies as the focus area that helps a nation make social and economic progress. 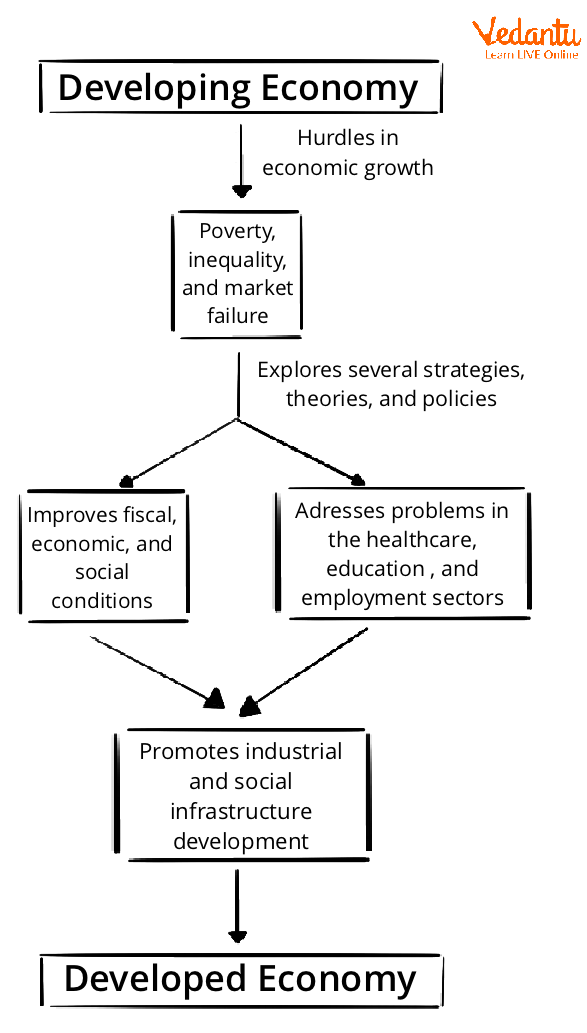 Development is a multidimensional process that deals with transformation in structure, acceleration of economic growth, reduction of inequality and eradication of poverty. It is used as a measure of human welfare. Amartya Sen defined the Capability Approach of development which contributed to the development of the Human Development Index which is used to measure the economic development of societies. 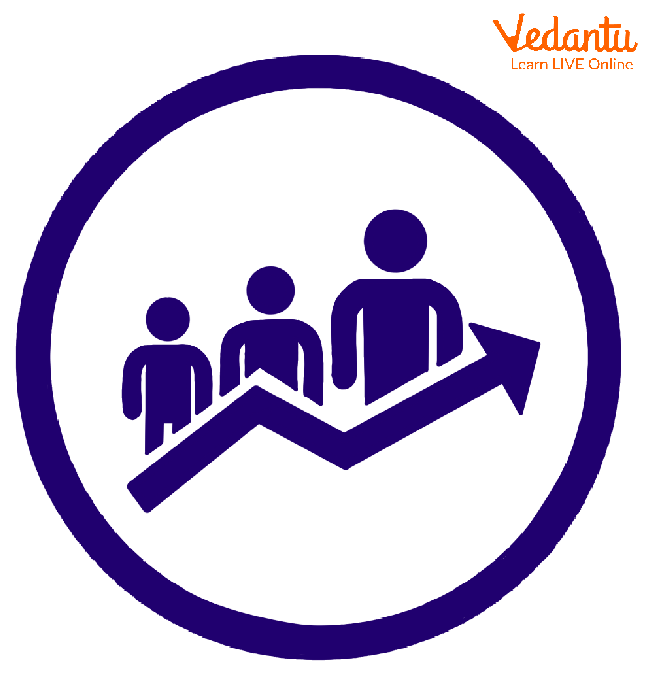 This theory asserts that the historical exploitation of poor nations by rich ones is the cause of global inequality. This theory states that the situations of rich and poor nations are linked together by the global economy. Andre Gunder Frank is a renowned proponent of this theory.

Gandhiji emphasised agrarian structure and a self-sufficient village economy. He believed in an economy of limited wants, i.e., a trusteeship economy. He was against large-scale industrialisation, whether the economy is capitalist or socialist.

This model promotes the role of the state in the economic and social development of society. It advocates for a welfare state and believes that state planning is necessary for rapid industrialisation and economic growth.

This model advocated for socialisation of means of production and distribution. This model focused on the right to equality and social justice.

This model focuses on adopting socialist goals by democratic means. India and other third world countries adopted this model.

This model primarily focussed on moral development and the ethical domain of socio-economic-political development.

Social transformation or development occurs in society when there is the upgradation of people belonging to the lowest category to the higher category through merit. When this social transformation happens, the status of an individual is recognised by his own capability and not by the status of his caste, class or any other ascribed status attribute.

This paragraph will explain various stages of Indian Economic Development. Indian Economic Development has gone through three broad phases since Independence. These three phases are Public Infrastructure, Industrial Control and Reforms and De - control. These phases also saw two policies, one which supported the public sector to fill the gaps in physical infrastructure and the second policy of the private sector.

FAQs on Development Economics - A Branch of Economics

1. How is development measured?

2. What are the factors that affect development?

Following are the factors that affect development:

A nation's Natural Resources can improve the development of the people and economy as a whole since we humans depend on natural resources for most of our needs. Power and energy resources decide the economic activities taking place in a nation and are also useful in generating employment opportunities. Technological Advancement also helps a nation make progress at a faster pace. Education is the most basic and important human resource which is the foundation of a nation's development.

3. What is the difference between growth and development?

Growth is a quantitative phenomenon whereas development is a qualitative phenomenon. Growth connotes getting bigger, whereas development refers to improvement. Economic growth is the increment in the amount of goods and services produced by an economy whereas economic development is the reduction and elimination of poverty, unemployment and inequality within the context of a growing economy. The example of growth can be the increase in the GDP or national income of a country. It only gives an idea about the numeric progress which the nation has achieved and does not give an idea about the social and economic conditions of the people, their living status and many other things.