It is said that the entire context with which information is created tends to change along with the passage of time. So, what if that is the case what about meaning and language? There are certain historical records that are written in different languages and have considerably changed over the course of time. For example, Modern Persian is very much different than Medieval Persian. It is not just about vocabulary and grammar. All the changes made over the course of 1000 years are described below. 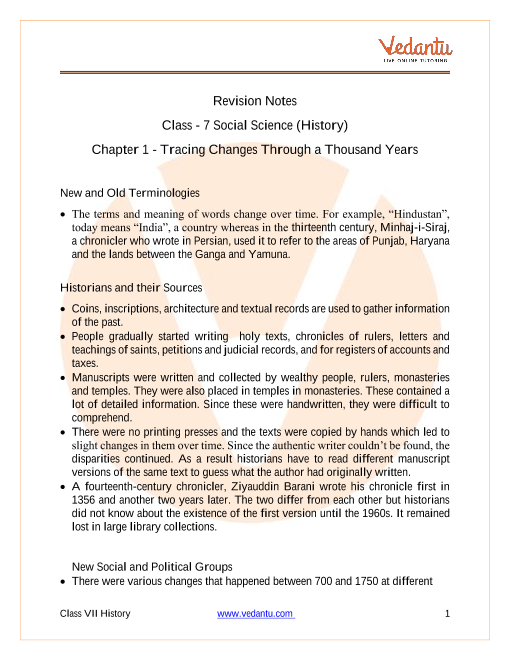 Understanding New Terminologies and Old Ones

The meaning provided for some words tend to change over time. For example, Hindustan was the term used for denoting India in the 13th century. This was a term which was used in a certain political sense for all the lands which were a part of the rule under the Delhi Sultan. However, there was some shifting in those areas during the change of the Sultanate. During the beginning of the 16th century, Hindustan was a term used by Babur to portray the certain culture, geography and fauna of the subcontinent and the inhabitants there. So, we can see how the words can change meaning over time with the tracing changes through a thousand years.

Let us look at more example. ‘Foreigner’ is a term that is used by people to denote those who are not Indian. However, during medieval times, this word was used for describing any particular stranger who would appear at a particular location. A person who didn’t belong to the culture and society of a particular village would also be deemed as a foreigner. Hence, words having more than one meaning are not really a new thing.

In the tracing changes Through a Thousand Years Class 7 lesson plan, there is also a mention of the historians as well as the different sources they used in order to gain more information about their past. There were some details about the study period and the investigation method that they used. Certain elements such as architecture, inscriptions, coins, as well as certain textual records would provide information regarding all these. Paper became cheaper and cheaper during the periods and it was used for writing certain chronicles of the rulers, holy texts, teachings and so much more. Apart from that, acquiring the different manuscripts which were a possession of rulers, aristocrats, monasteries would also provide more information to the historians.

According to the Class 7 history Chapter 1, there were no printing presses during that time and hence people had to copy every manuscript by hand. So, there were some changes made from time to time. So, the manuscripts containing the same texts would definitely appear to be different from one another.

Changes in The Old and New Socio-Political Groups

The study revolving around 1000 years would be a little difficult for sure. There were a lot of changes and development during the time. The creation of new technologies came along. For example, the creation of the Persian wheel became a pivotal part of irrigation. Not to mention that the spinning wheel was created to lend a hand in weaving. Also, there were firearms created in order to aid in combat. Along with that, there were some changes made to the food as well as the beverage system with the addition of new foods from the subcontinent. Production of potatoes, coffee, chillies, corn and tea came into existence.

This was a period of proper mobility as well. Since most people began travelling for opportunities in cultivation and production. This resulted in the change of habitat too. Forests were cleared for agriculture and more purposes. People began sorting themselves into groups such as priests, chieftains and so much more. Monasteries, markets, and temples came into existence. This also led to a socio-political divide between the people.

Formation of Regions and Religions

There were some larger states belonging to Tuglugs, Cholas, and the Mughals consisted of different regions. Hence, these regions had their very own culture and language which were comparatively specific to the dynasties that ruled them. With time, there were also some changes in religious traditions too. There was a collective faith in a particular supernatural agency which came to known as religion. This would connect most social as well as economical organizations to form communities in the local areas in the best way. With the alterations in the social groups, there were some changes made in the beliefs as well which included changes in Hinduism and their worship of different deities. Hence, such changes can be seen quite frequently over the years. With time, there were many changes occurring in every part of the world and these changes will continue to happen.

1. What Precautions were Followed by the Historians While they Read the Maps?

Historians needed to be sensitive about certain contents while reading the maps. They needed to keep the various historical backgrounds in mind.

2. Is There a Change in the Information Provided by Certain Historical Records with Time?

3. What Sources did the Historians Use for Studying the Past?

Many sources were used by the historians for the study of the past such as textual records. Most of these sources would depend on nature and the period of study.

4. What was the result when the Mughal Empire declined in the 18th century?

Following were results when Mughal Empire declined in the 18th century:

New religions were introduced during the time between 700 and 1750 A.D. The teachings of the holy book Quran were brought to India by migrants and merchants in the 17th century as most of the rulers were patrons of Jurists, Islam and theologians.

These were part of large societies. Due to this, there was a great difference in social and economical status between the peasants. To know more about this chapter, visit the page NCERT notes For Class 7 Social Science and download the revision notes free of cost.

7. In what ways did historians divide Indian History into three periods?

As time passed, changes were seen in economic and social organisations and also in the beliefs and ideas of the people. People can easily study these changes as they divide the past into periods.

British historians divided Indian history into three periods in the middle of the 19th century.

8. Name the topics that are covered in History Chapter 1 of Class 7 Social Science.

Following are the topics included in History Chapter 1 of Class 7 Social Science:

The above-mentioned topics are well explained in the NCERT book of Class 7 Social Science. Students can refer to this book to understand this chapter. By solving the NCERT questions they can comprehend the topics in a better way. To get notes and important questions from this chapter, students can download the vedantu app.