What Does Economics of Education Mean?

Education Economics is a very new and diverse field of study. The significance of comprehensive research into economic elements of education was recognised in the mid-twentieth century. The many economic components of education vary in each country, depending on their economic system, economic growth, and development. For example, rich countries invest more in education than developing countries. The association between economic expansion and educational advancement in countries is always seen positively. It is a specialist field of study that applies economic principles, theories, and dilemmas to the subject of education.

Advantages of Education for a Country

How Employment Training Affects the Economy

A successful economy has a workforce capable of running industries at a level that gives it a competitive advantage over other nations' economies. Nations may experiment with rewarding training through tax breaks, offering training facilities, or a number of other methods to develop a better competent workforce. While an economy is unlikely to have a competitive edge in all businesses, it can focus on a few industries where competent individuals are more easily taught. Training levels are a crucial element between developed and developing countries. As a result, because of those competent employees, comparable enterprises may cluster in the same geographic region - an example being Silicon Valley, Calif.

University, community college, and trade school are all examples of post-secondary education. As a result, many governments support elementary and secondary education in order to increase economic performance. 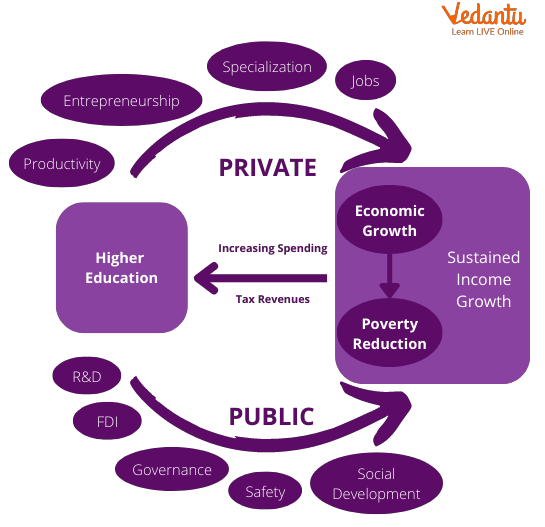 How Does Education Contribute to Economic Growth?

Education does not necessarily result in greater pay for all employees in the United States. According to the Economic Policy Institute, black employees confront considerable and rising pay disparities, with black males earning just 71 cents and black women earning only 64 cents for every $1 earned by white men.

These discrepancies exist at all employment levels, from low income to high wage, but are greatest in top-paying industries due to a lack of representation of black employees in those fields. The disparities remain across all levels of education: black employees with high school, college, and advanced degrees earn just 81.7%, 77.5%, and 82.4% of what White workers with the same degree earn, respectively.

Black employees with a bachelor's degree had the same unemployment rate as white workers without a college education. 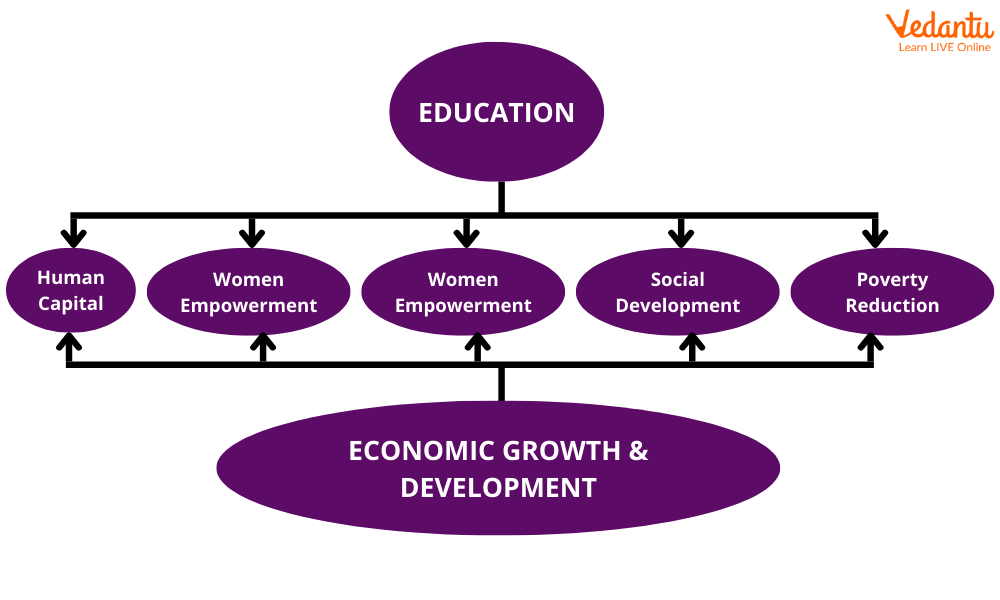 Linkage Between Education and Economic Growth

Expecting to establish a correlation between education and economic growth is based on two fundamental premises. First, on the broadest scale, it makes intuitive sense that the rise in living standards over the past several years has been mostly attributed to education. The illiterate cultures that have slowly assimilated into the global economy over the past two decades did not experience the same growth of nature that Europe has seen. The evolution of science and how education has contributed to the growth of knowledge, in the eyes of the casual observer, are typically correlated. Education and knowledge are required to both profit from and contribute to scientific progress. Second, on a more specific level, a wide range of econometric research shows that the wages that individuals may grab are dependent on their degree of education.

The workforce's knowledge and skills are important factors of the firm and economic success. Higher-value-added industries, such as high-tech manufacturing, are usually successful in economies with a large supply of skilled people obtained from both formal education and vocational training. All citizens must have access to education and training that may help employees, companies, and the overall economy. Governments must ensure this through laws and employment creation programmes.

FAQs on Education and Economic Growth

1. What is the connection between economic growth and education?

Since it is well acknowledged that education plays a key role in fostering economic growth, education is included in the current study as a production function of growth. It contributes significantly to economic progress by advancing human capital's abilities and knowledge. People have more access to contemporary and scientific ideas thanks to education. It improves people's productivity and capacity for absorbing new technologies. It boosts each worker's productivity and aids economies in moving up the value chain beyond manual labour or basic manufacturing processes by raising knowledge of the options available and the human capital's mobility (WEF 2016).

2. What impact does education have on economic development?

A large portion of our economic and social well-being is built on the foundation of education, which offers the basis for progress. It is the secret to raising economic productivity and social coherence. It aids in lifting the poor out of poverty by boosting the worth and effectiveness of their labour. It raises the labour force's total productivity and intellectual adaptability. It aids in ensuring a nation's competitiveness in international markets, which are now defined by evolving technology and industrial techniques.

3. How does economic progress depend on one's degree of education?

Education provides a foundation for development, setting the groundwork for much of our economic and social well-being. It is essential for increasing economic efficiency and social consistency. It helps the poor get out of poverty by increasing the value and efficiency of their labour. Employees with professional or doctoral degrees earned ＄1,893 and ＄1,885, respectively, in 2020, according to the U.S. Bureau of Labour Statistics (BLS), followed by ＄1,545 for those with master's degrees, ＄1,305 for bachelor's degrees, and ＄938 for associate's degrees. Workers with a high school diploma earned the least, with a weekly pay of ＄619 as the median.