Countries That are Debt Free

Learning about Countries and Their Debt

Many countries around the world are struggling with their increased obligations in the form of debt but have maintained it quite low. A low level of debt shows less reliance on foreign borrowings. The best example can be taken from Hong Kong (it is a one of the debt free countries), whose economy has the least debt to GDP ratio. It is an almost debt free country.  It has a well-regulated financial system and large foreign reserves. Its per capita GDP is the highest in the world, around £ 32,000. Countries with the most debt are Japan, Venezuela, Italy etc. 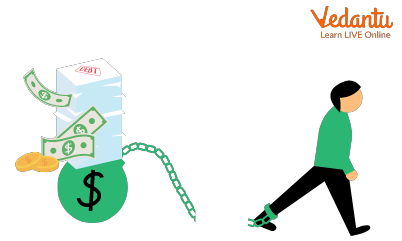 What is Public Debt?

Public debt is defined as the total amount of liabilities which is followed by the government to meet the development budgets of the country. Public debt is generally expressed as the ratio of Gross Domestic Product (GDP). The debt can be raised both in the form of external or internal means. Internal debt includes the debt borrowed within the country, and external debt is the debt that is put to lenders outside the country. Public debt is considered an important source for the government to meet its obligation and fulfil the needs of the economy. 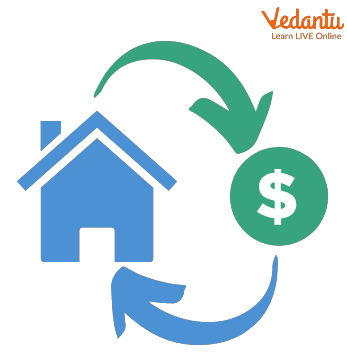 Debt Needs to be Secured

Countries That Have Biggest Amount of National Debt

According to the IMF (International Monetary Fund), the total amount of debt that is held by the government throughout the world has reached around $164 trillion in 2016. The debt by a country is measured in terms of the debt-to-GDP ratio. The highest debt countries have more obligations than those debt free countries. The countries with the highest debt countries are Venezuela, Japan, Greece, Italy, the USA, France, and the UK.

The Highest Debt Countries are as Follows:

Below is the debt list of countries. The highest debt countries are Venezuela, Japan, Sudan, Greece, etc.

High Debt to GDP Ratio is a Danger Sign

Increasing public debt is a sign of worry. The research by the World Bank has shown that countries with debt-to-GDP ratios higher than 77% have faced economic slowdown over time. Debt-to-GDP ratio is an indicator of a country defaulting on its debt which may further lead to a financial crisis. The issue of debt has been increasing since the time of COVID-19. In this, the country with no debt is decreasing. With the increasing interest rate, government expenditure will slow down and will cause worry about the sustainability of the debt of the nation. The heavily indebted countries will feel the effect of these financial conditions, which will harm the growth prospects over time. Countries with no debt do not have such danger signs. 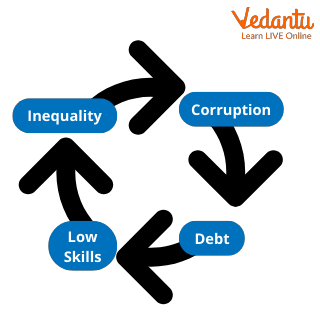 Problem with the Less Developed Countries

Countries with the Lowest National Debt

A low debt-to-GDP ratio is considered to be desired, but it does not indicate a healthy economy. These are called debt-free countries. Many developing and stagnant economies have a low debt-to-GDP ratio because both their debt and their GDP are quite low. If a country borrows from another country and invests for economic growth, then, in the long run, the economy could be a healthy economy because of continued learning and increased profit in future. As economic growth is not guaranteed, such a type of following could also be a bank fire, as in the case of Venezuela.

Countries with no debt or the least amount of debt are as follows:

With the increasing amount of debt around the globe, cost increases the risk of default and slow economic growth for the countries. Though with the help of debt, some countries are trying to overcome the slowdown caused by the pandemic lockdowns. Higher debt comes with slow growth potential and increases deficit spending with unpredictable long-term consequences. Countries with no debt have less risk, but they may further suffer in case of development.

FAQs on Countries That are Debt Free

1. What can be a sustainable debt-to-GDP ratio?

2. What is the status of India regarding that Debt to GDP ratio?

Since 1991, the debt-to-GDP ratio of India has remained stable at 70%. The increase in the amount of public spending is due to a loss in revenue, which is costly due to the pandemic. This will stabilise around 2024. In order to support the backward section, the government is taking fiscal action which will strengthen market confidence and enhance India’s growth. Financial stability is very important for a healthy debt-to-GDP ratio. As per the Fiscal Regulation and Budget Management (FRBM) Act, the debt-to-GDP ratio should be around 60%. A higher debt-to-GDP ratio will lead to more money going towards interest payments and also will lead to a crowding out effect.

3. What are the objectives of public debt and borrowing?

It is very important for the government to borrow funds. It is because of the gap between expenditure and borrowing. Various reasons for borrowing or to curb inflation, overcome the depression in the economy, formulate a financial development plan, expand education and health services, and achieve economic stability. It also ensures that the financing needs of the government are met at the lowest cost and with less amount of risk. The government borrows money for financial development activity.