What is the calibration of a voltmeter by a potentiometer? Draw the necessary circuit diagram.

Verified
91.5k+ views
Hint: A potentiometer is an instrument used to measure the potential difference and e.m.f, to compare the e.m.f and the internal resistance of a cell. It consists of a uniform wire of manganin or constantan of $10m$ length. An instrument is calibrated to maintain its accuracy and precision over long term use.

Complete Step by step solution:
An instrument is calibrated to avoid errors in the performance and increase the accuracy of the instrument. Here we are calibrating a voltmeter. The main errors that are observed in a voltmeter reading are
1. Mechanical errors due to manufacturing defects.
2. Parallax error
3. Asymmetry in the voltmeter spring.
The potentiometer can be used to increase the accuracy in the value of potential difference.
When we use a potentiometer to check the errors in the observations of a voltmeter, it is called the calibration of the voltmeter. 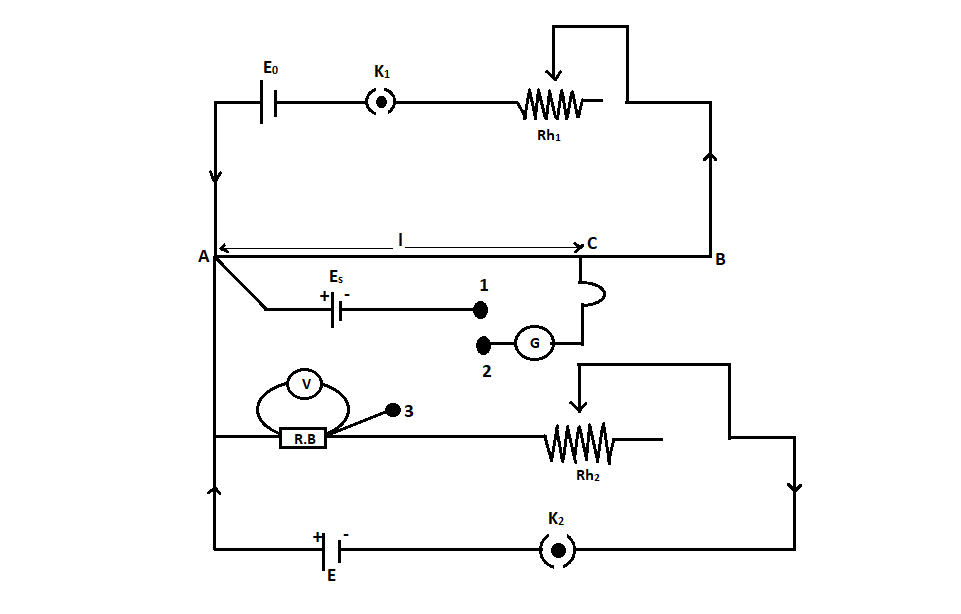