Verified
Hint: Polarity induces reactivity in any compound. Electrophiles are species which are electron-deficient. 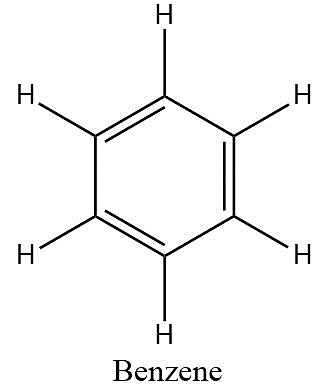 -We are aware that nitrogen is more electron-rich than boron. Nitrogen atoms have one lone pair. Nitrogen donates its lone pair to boron which is electron-deficient which gives rise to double bond between them.
-Now, nitrogen develops a positive charge and boron has a negative charge. So, there is polarity induced in the molecule. Benzene is a non-polar solvent.
-As the polarity increases, reactivity increases and thus, borazole is more polar than benzene. So, the assertion is true.
-When electrophiles attack on borazole, nitrogen atoms donate electrons to the electrophile. Boron being itself electrophilic doesn’t react with electrophiles. So, the reason is also true. But it fails to explain higher stability of benzene in contrast to borazole.
-Therefore, the correct option is option(B) The Assertion is true, Reason is true and Reason is NOT the correct explanation for Assertion.
So, the correct answer is “Option B”.

Note: Benzene and borazine are both resonating structures but due to dissimilar atoms present in borazine, it has less stability. Also, each $N=B$ bond present in a borazine ring is a polar bond which further reduces stability of the entire structure and makes it more reactive.