Class 12 Biology Chapter 13 explains the different aspects of ecology. It is a domain of biology that deals with the relationship and interaction of the biotic and abiotic elements of an environment. This chapter explains how an organism and its population matter in an ecosystem.

To understand the concepts and fundamental principles of this chapter, refer to the Organisms and Populations solutions prepared by the experts of Vedantu. They have compiled the easiest format of notes you can use to study this chapter and make your preparation much better.

1. Which factor of an ecosystem includes plants, animals, and microorganisms?

2. An assemblage of individuals of different species living in the same habitat and having functional interactions is ................

Explanation: A biotic community is where all living organisms live together in one environment affecting each other's lives. Based on their nutritional practices we divide them into producers, consumers, and decomposers.

Explanation: Commensalism is a cooperation between two organisms in which one organism has advantages and the other neither advantages nor gets harmed. Association between sea anemone and a hermit crab in gastropod shells is commensalism.

4. Select the statement which explains the best parasitism.

Ans: Correct option: d. One species is benefited, other is harmed

Explanation: Parasitism means one species benefits, while the other is harmed. It is a relationship between a parasite and a living organism.

Ans: Commensalism is a cooperation between two organisms in which one organism has advantages and the other neither advantages nor gets harmed. Association between sea anemone and a hermit crab in gastropod shells is commensalism.  Examples: Suckerfish clamps itself beneath the surface of the shark.

Ans: Two organisms of different species, one organism is a parasite which depends on another living organism for livelihood is called parasitism. For example, brood parasitism is when a parasitic bird lays its eggs in another bird's egg nest, where there are eggs of other birds and the mother of these other eggs will grow the parasitic bird's egg-like on its own.

Ans: Plants and animals use this natural phenomenon of harmonising in their surroundings to either pray or hide from predators, which is called camouflage. Example: Tigers, lizards, snakes, etc.

2. Give One Example for Each:

Ans: Two organisms of different species who provide each other benefits and depend on each other for livelihood is called mutualism. The symbiotic association of algae and fungi, lichens is an example of mutualism.

Ans: It is a competition between different species for the same resources like food, water, light, shelter, etc. In this competition, one species leads to destruction. Example: In the ocean fishes are plentiful where they prey for other species like sharks, dolphins, and birds.

3. Name the Type of Association:

a. Clownfish and Sea Anemone

Ans: There is a symbiotic association between clownfish and sea anemones, and this relationship is called mutualism.

b. Crow Feeding the Hatchling of Koel

Ans: The hummingbird and host flowering plants have a mutualistic relationship, in which the bird produces nectar to attract bees and birds by which pollen travels from the plants.

4. What is the ecological process behind the biological control method of managing pest insects?

Ans: Predation is the biological control method for managing pest insects. It is a type of interaction between two species, the predator and the prey. In which the predator feeds on the prey they control the population of the prey.

1. How is the dormancy of seeds different from hibernation in animals?

Ans: Seed dormancy: it prevents the seed from germinating even under suitable environmental conditions, in which it pauses momentarily the growth and development of the seed.

Hibernation: takes place in animals in which they reduce their metabolism by entering the phase of inactivity.

2. If a marine fish is placed in a freshwater aquarium, will it be able to survive? Give a reason.

Ans: Marine fishes won't be able to survive in a freshwater aquarium as they are adapted to ocean water. Fish' bodies are hypertonic but in aquarium water, it turns hypotonic by which they can't control the metabolic process and they die.

In chemical defence mechanisms, certain plants have toxic cardiac glycosides which can be fatal if ingested by herbivores. Example: opium, nicotine, caffeine.

4. An orchid plant is growing on the branch of the mango tree. How do you describe this interaction between the orchid and the mango tree?

Commensalism is a cooperation between two organisms in which one organism has advantages and the other neither advantages nor gets harmed.

5. Distinguish between the following:

a. Hibernation and Aestivation

b. Ectotherms and Endotherms

6. Write a short note on

a. Adaptations of Desert Animals

Ans: Desert plants and animals adapt themselves well to cope with desert conditions like water scarcity and intense heat. They develop a vast root system, have thick cuticles and different pathways for synthesis.

b. Adaptations of Plants to Water Scarcity

Ans: Population: is a group of individuals of the same species. It is called population and they live in a certain geographical area.

1. With the help of suitable diagrams describe the logistic population growth curve.

Ans: A logistic growth curve is a growth model which shows that for each species of the population there are limited resources in a habitat. 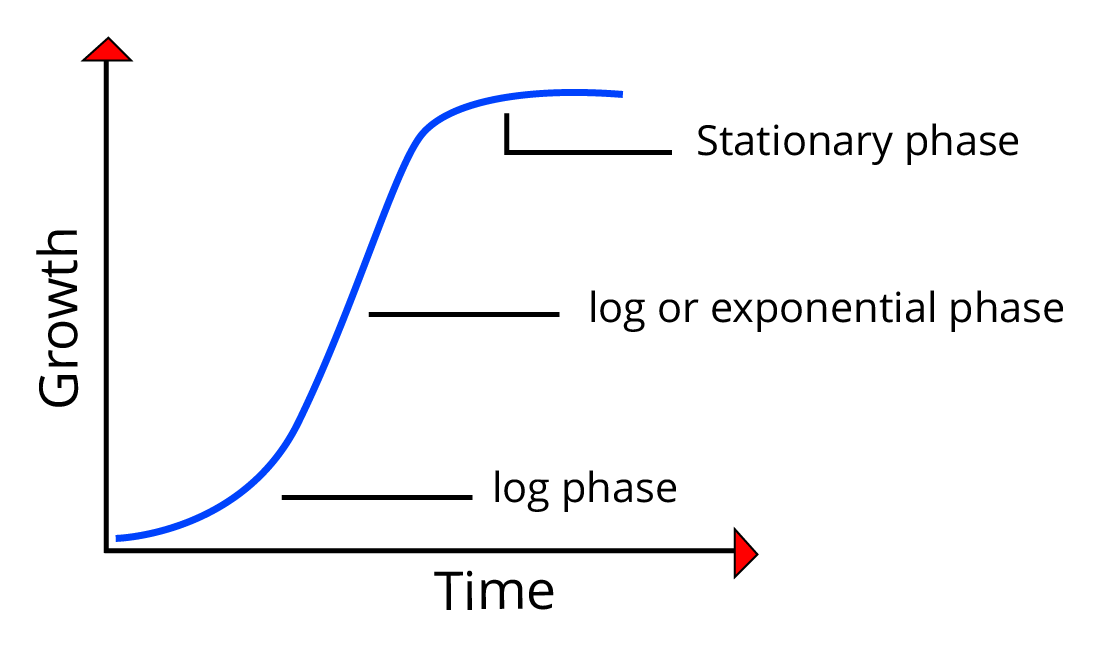 2. Enlist and explain the important characteristics of a population.

Ans: Population is the group of individuals of the same species. The important characteristics of a population are birth rate or natality, death rate or mortality and age distribution.

This chapter introduces the meaning and definition of ecology, ecosystem, organism, and its population. There are multiple living organisms living in the ecosystem. Even the simplest ecosystems show how organisms live in harmony. This chapter will explain what these terms are and how they are interrelated.

The biological organizations in an ecosystem are determined by the organisms living in it. They form a population of living things that control the ecosystem. In fact, they are a part of the ecological hierarchy and its basic unit is an organism.

An ecosystem defines how an organism has adapted to it. The various abiotic aspects and biotic elements of an ecosystem directly or indirectly influence the evolution and adaptation of an organism.

The biotic components of an ecosystem determine the food chain system too. You will find a remarkable explanation of all these concepts in this chapter. To make it easier, focus on the Organisms and Population Class 12 Solutions prepared by the experts.

You can now get the free Organism and Population Class 12 Solutions PDF download. Add them to your study material for this chapter and make your preparation sessions better. Find out how the experts have explained the fundamental principles of an ecosystem, organisms, and their populations in it and develop your concepts.

1. What is an ecosystem?

It is a geographic area where the flora and fauna develop based on its topographical and weather features. These organisms all work together to form a balanced biome.

Plants among all the organisms in an ecosystem are called producers. They perform photosynthesis to harness solar energy and produce food.

Organisms that depend on eating other animals in a food chain is called consumers.

The animals of an ecosystem that hunt other animals are called predators. Tigers and lions are the predators of jungles.

It is the study of the relationship between organisms and their environment. In this study, we identify how the organisms are related and influenced by the features of the environment.