Speech on India for Students in English

India is a country of diversified cultures and traditions. It is famous for its rich culture and heritage. One can people of all castes and religions residing in this country with unity. On this page, we have provided a speech on India for the students of all categories. We have provided a short speech and a 10 lines speech for a better understanding of the students. This speech is written in a simple manner and thus will help the students to get an idea about our country, India.

A very warm welcome to all of you present here. Today, I am here to deliver a speech on India. India, having the oldest civilisation in the world is one of the most diverse countries. It is famous for its rich culture, traditions and festivals. There are a total of  29 states in India and each state is rich in its own culture, festivals and cuisines. Therefore, the slogan ‘Unity in diversity’ sits perfectly with my country. You can find people of every caste, creed and religion here. India is the only country that has given birth to different Indian religions - Hinduism, Islam, Buddhism, Sikhism and Christianity. Out of which, Hinduism and Buddhism are considered the third and fourth-largest religions of the world respectively.

India has the largest Constitution in the world which strongly follows secularism and equality. It has been celebrating 73 years of independence since 15th August 1947 with Ram Nath Kovind being the current President. He is the nominal executive head of the country who is responsible for protecting and preserving the Indian Constitution. On the other hand, the Prime Minister of India is considered the head of the Government and is responsible for the distribution of work to various ministries and offices. Narendra Damodardas Modi is the present Prime Minister of India.

A federal form of government is followed in India, i.e., two different forms of Governments run the Constitution - the Central Government and the State Government. Apart from the President and Prime Minister, each state has its own Chief Minister who is responsible for the development of the assigned states. Being a secular and democratic country, India gives equal rights to all of its citizens to cast their vote for the government.

Also known as Bharat or Hindustan, Hindi is the national language of my country. But, apart from Hindi, each state has its own native language. The national song of India is Vande Mataram and Delhi is the capital city of the country, which itself holds rich cultures and history from Ancient India. India is also famous for its various historical monuments and architecture, which makes it a major tourist destination.

Over the years, India has been growing beautifully in various fields be it in Science, Technology, Agriculture, Sports or Economy.  As a developing country, it stands 5th in the economy and is the 7th largest country in the world. To date, India is the second-largest producer of tea in the world after China. The massive production of Tea comes from the state of Assam which approximately produces 702 million kilograms of tea per year.

India also has the largest textile producing industries including cotton, silk, synthetic fibres, jute and wool. Uttar Pradesh is India’s only state which is famous for the largest production of sugar in the country.

Being a citizen of this country, I feel immensely proud to see India grow in the field of economy and industry every year. Lastly, I would like to conclude my speech by saying that we, all the citizens of India must come together in preserving the rich cultural heritage of our country. It is our sole responsibility to make India proud and help it grow globally.

Heartiest welcome to everyone present here. I am really thankful to get an opportunity to deliver a short speech on India. India being the seventh-largest country in the world is famous for its rich culture and heritage. India currently celebrated its 70 years of democracy on 26th January. It has the largest constitution in the world and strongly believes in its slogan ‘Unity in Diversity’.

You can find people from various religion staying unitedly in this country. It takes pride in celebrating and respecting the festivals as well as the rituals of all the religions namely- Hinduism, Islam, Sikhism and Christianity. Celebrating 73 years of independence since 15th August 1947, India believes in secularism and gives equal rights to all the citizens of the country.  Ram Nath Kovind is the current President of India since 2017 and Narendra Modi is the 14th Prime Minister of India.

India being a developing country has currently emerged in the field of economics, science, sports and technology. Apart from being the second-most populous country in the world, our country also stands 7th in industry and 5th in the economy. India has 29 states, with Delhi being the capital city of the country. Thus, we can say that India has a wide range of cuisines, festivals and diverse cultures making it a great tourist destination.

Last but not the least, I would like to say that being a citizen of this country, I am extremely proud of my country India. Through my speech on India, I would like to convey to everyone the message - to love, respect and follow the rich cultures of your country. It is our responsibility to make our country proud.

My Country India Speech in English 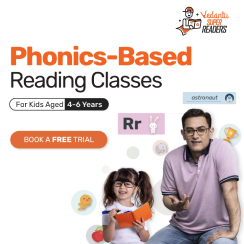 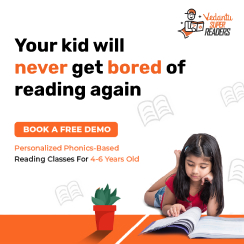