Write structure of compounds A and B in each of the following reaction:

Verified
91.8k+ views
Hint: Identify the set of reagents used in the above series of chemical reactions. Bromine in the presence of sodium hydroxide is the characteristic reagent for Hoffmann bromamide reaction. Acetic anhydride in the presence of pyridine is used to produce the acyl ion which acts as an incoming electrophile. The structure of compound A is given above. The name of the compound is aniline. Aniline i.e. compound A is then exposed to acetic anhydride in the presence of pyridine, we get phenyl ethanamide. This is because the acyl ion acts as an electrophile and attacks the lone pair of electrons present on the nitrogen atom and thus giving compound B. The reaction is given below and compound B as well. 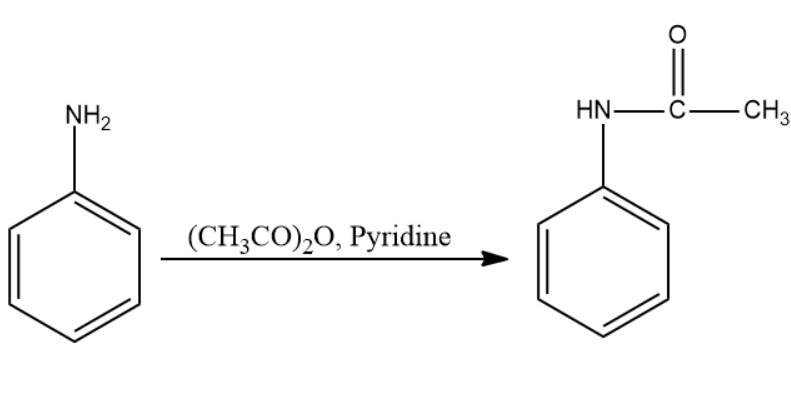