Complete answer:
Vertical transfer actually means transfer within species. One example transfers from mother to fetus through the placenta, e.g., the transmission of HIV. Transfer across species barriers is called the horizontal transfer.

Additional Information: The uterine–placental interface forms a layer, the placental film (blood placental hindrance) which isolates the fetal blood from the maternal blood. The placental film contains fetal vascular endothelium, animal tissue, trophoblast, and syncytium. The placental layer develops to be more slender as the pregnancy progresses. There are two helpless ways of the irresistible operator from mother to fetus: the fetal membranes which give direct admittance to pathogens rising from the vagina and cervix and fetal villi and the placental intervillous space which allow hematogenous access from maternal blood to fetal blood.
The role of placental cells and therefore the mechanism by which pathogens pass from the maternal to the fetal circulation varies. The placenta provides a barrier that forestalls transmission of some viruses but allows others to succeed in the fetal circulation. Mother to fetus placental transmission of some infections happens through transcytosis across placental cells.
So the correct answer is ‘Placenta of mother’. 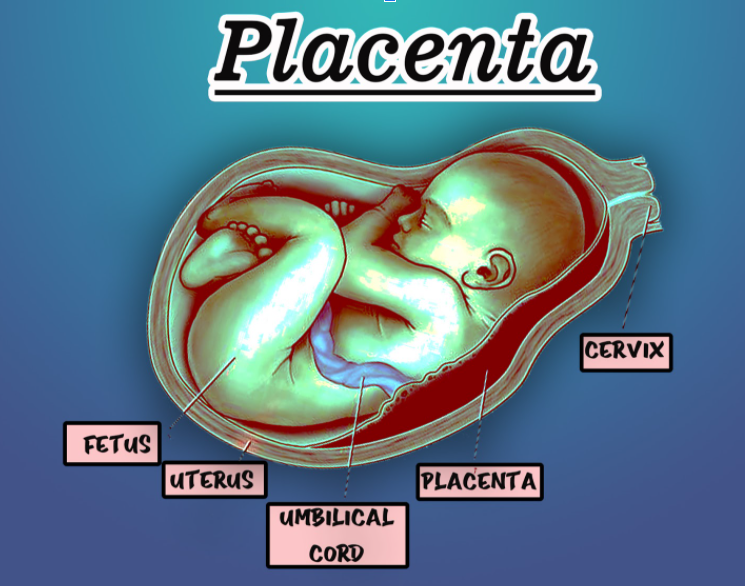 Note: Placenta has a fundamental role in the vertical transmission of HIV from the mother to the fetus. The placental structure and execution change all through pregnancy and in this way the separation of trophoblast cells to syncytiotrophoblast produces an obstruction that will shield the embryo from viral diseases.
Recently Updated Pages
If ab and c are unit vectors then left ab2 right+bc2+ca2 class 12 maths JEE_Main