To decrease the range of an ammeter, its resistance needs to be increased. An ammeter has resistance $R_0$ and range I. Which of the following resistance can be connected in series with it to decrease its range to I/n?

Formula used:
Ohm’s law: When a potential difference of V volts is applied to a resistance R and I current flows through it the relationship of V and I can be written as:
V=IR

Complete answer:
An ammeter is a device which measures the amount of current in the circuit when it is connected in series. In an analog ammeter, we have a scale that goes from a minimum (usually 0 units) to a maximum value (says I in the question). Thus, the maximum value that our ammeter depicts is I (units) when it has a resistance of $R _0$. Consider this circuit as equivalent to a situation when I am flowing through a resistance of $R _0$ when a battery of V volts is connected. 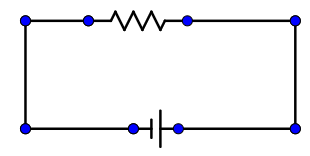 We need to find a resistance to be attached in series with this resistance $R _0$ so that the current reduces to I/n in the circuit (we still use our V volts supply). So now, the battery of ours has to give current to two resistances R and R’: 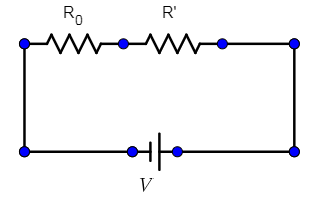 Nucleus of an Atom and It's Composition

Difference Between Ammeter and Voltmeter