The product of this reaction will be? 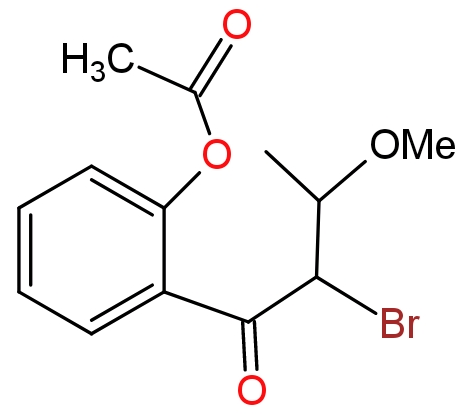 Complete Step by step solution :
This reaction is completed into two steps - In the first step bromine acts as an electrophile and attacks the double bond of the substrate compound. In the approach of bromine double bond migrates toward the electrophile and electrophilic gets attached to the double bond. Since bromine has lone pairs of electrons, it will donate the lone pair to the other carbon which has positive charge and forms a cyclic halonium ion as an intermediate.

In the second step- methyl alcohol which is present in the form of solvent acts as a nucleophile and attacks the electron deficient carbon atom. Due to formation of cyclic halonium ion anti-addition of methyl alcohol takes place. To compensate the positive charge in oxonium ion it loses its hydrogen atom which will be accepted by bromide ion present in the solution.