The primary reservoir of loa-loa worms are
A. Humans
B. Monkeys
C. Dogs
D. Cats

Verified
Hint: Loa loa filariasis is a disease of the skin and eye caused by the Loa loa nematode worm. It is from the sting of a deer fly or mango fly (Chrysops spp), the vectors for Loa loa that humans develop this disease.

Complete answer: The main source for Loa loa is people. Other small possible sources, such as hippopotamus, wild ruminants (e.g. buffalo), rats, and lizards, have been identified in numerous fly-biting behavior tests.
In monkeys and apes, a similar form of loiasis occurs but it is transmitted by Chrysops langi.
There is no overlap between the human and simian forms of the disease. A similar moth, Chrysops langi, was isolated as a vector of simian loiasis but this form hunts within the forest and has not yet been infected with human infection. 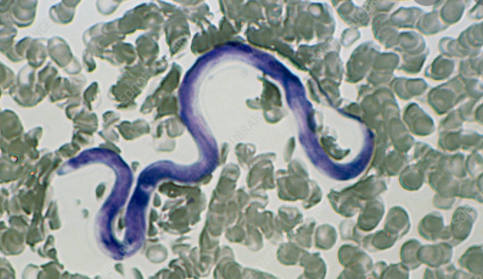 The adult filarial worm of Loa loa migrates across human subcutaneous tissues, sometimes passing into sub-conjunctive eye tissues where it can be readily detected.
Loa-loa worms normally don't impair one 's vision but can be uncomfortable when passing across the eyeball or over the nose bridge.

So, option (A) is correct

Note: The disease can cause wheezing red under the skin called "Calabar swellings." The disease is treated with the diethylcarbamazine (DEC) drug, and surgical methods may be used to remove adult worms from the conjunctiva where appropriate.
Loiasis is a member of the so-called neglected epidemic.

Stereoscopic Vision in Humans and Animals

What are the Successor and Predecessor?

Why is Reproductive Health Necessary