Verified
Hint: In order to know the name of the compound we should be familiar with the rules of nomenclature. We should also have an idea about the structure of the compound. Think about what prefix is added according to the parent alkyl group and the suffix added for the aldehyde functional group. 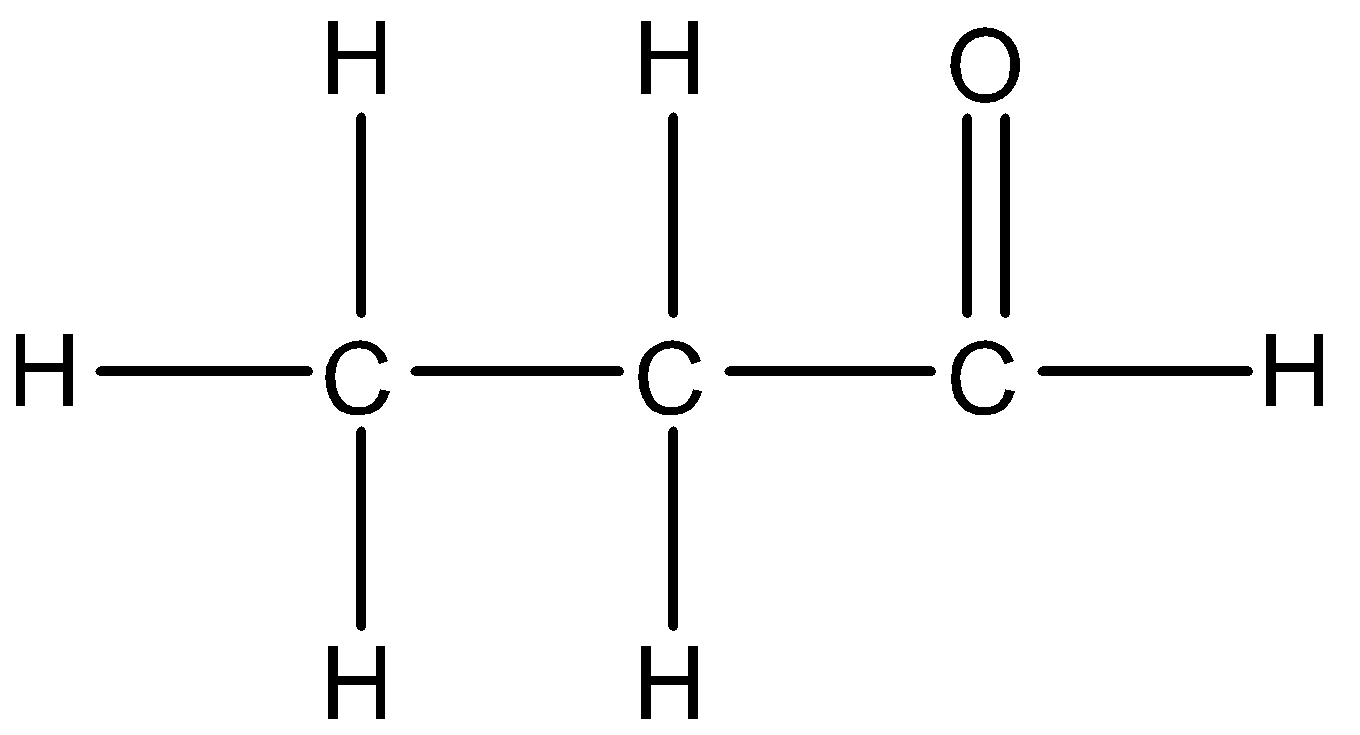 Now, moving on to the second option we have Propanone. There are 3 carbon atoms and the functional group is ketone.
The structure of propanone will be: This does not resemble the compound mentioned in the question, since there is the presence of a different functional group and also a double bond. So, Option B is not the answer.
The third option is Ethanol. By ‘eth’ we mean 2 carbon atoms. But the compound in the question has 3 carbon atoms, so this does not resemble the answer.
The structure of ethanol: The last option is ethanal. The name eth signifies 2 carbon atoms, so it cannot be the answer. Moreover, it has got a double bond.
The structure of ethanal is given below: