Verified
180k+ views
Hint: Flowers are seen in angiosperm plants that develop into a fruit after the process of pollination and fertilization occur. The fruits formed contain the seeds in it and thus the seeds are not naked, hence the name angiosperm.

Complete answer:
The reproductive organs of angiosperms are known as flowers and they are meant for sexual reproduction. It contains specialized whorls present on it which help in the process of pollination and fertilization. The male and female gametes are formed inside the stamen and carpel of the flower. The male gametes are transferred to the carpel by the process of pollination after which fertilization takes place. Fertilization results in the formation of a zygote which develops further to give rise to a new offspring. Thus, the main role of the flower is to produce offspring.

Additional Information: There are four floral whorls in a flower known as:
Calyx: The unit of the calyx is known as sepals and it is the outermost whorl of the flower. Sepals are green and leaf-like in appearance and their function is to protect the flower in the bud stage.
Corolla: The unit of the corolla is petals and they are brightly colored to attract insects for the purpose of pollination.
Androecium: The unit of the androecium (male reproductive whorl) is stamens which is the male reproductive organ consisting of a filament and anther. The anther is where the pollen grains are produced and the filament is its stalk.
Gynoecium: The unit of the gynoecium (female reproductive whorl) is carpels which consist of three parts known as stigma, style, and ovary. The stigma receives the pollen grain, the style connects the stigma to the ovary and the ovary is the enlarged basal part that contains the ovules.
So, the correct option is ‘Produce offspring’. 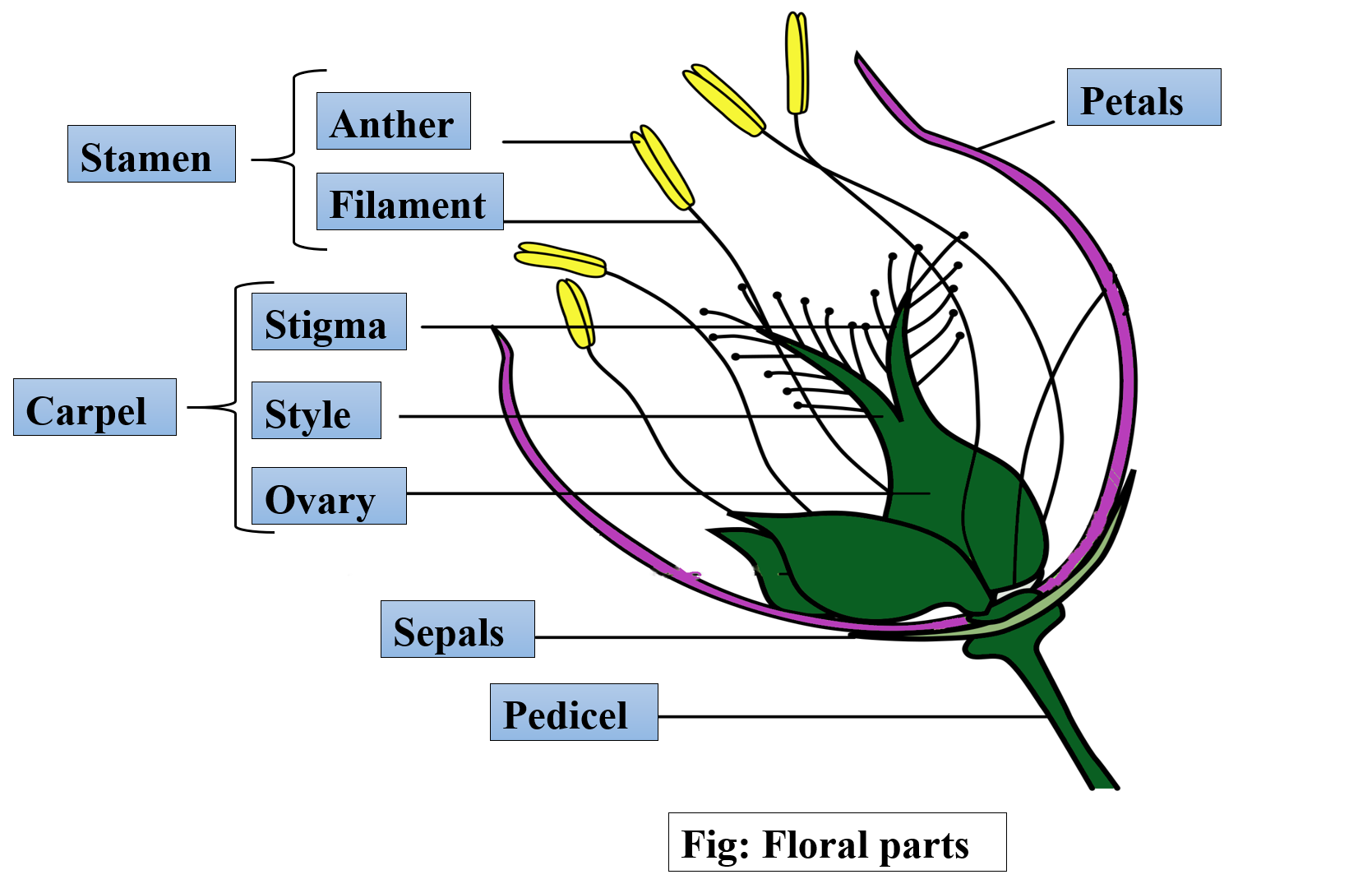