Verified
146.1k+ views
Hint: We can think about the word ambidentate grammatically and interpret. We know that ligands donate their electron pair and form coordinate covalent bonds. Denticity of ligand is the number of pairs of electrons donated by the ligand. 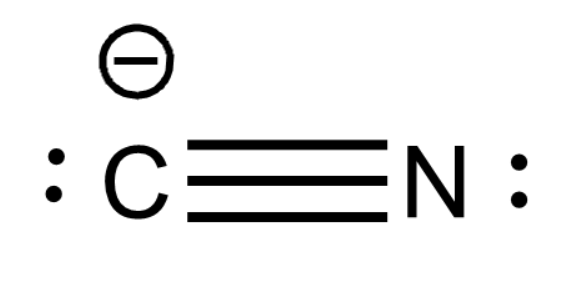 Due to negative charge both carbon and nitrogen atoms have lone pairs of electrons on each of them. And both are capable of donating their lone pair of electrons. But both atoms do not donate their electrons simultaneously.
Note: Though ambidentate ligands have multiple electron donors they cannot form more than one bond because there will be more electron repulsions as 2 electron clouds are very close. And also cyclic structures with small numbered centers are highly unstable.