Rubbing alcohol, used for rubdowns, on its evaporation reduces fever. It is cheaper and has replaced ethanol for this purpose. Its name is:
A.Methanol
B.Ethanol
C. Acyl alcohol
D.Isopropyl alcohol

Verified
Hint: As the name suggests the rubbing alcohol is a type of alcohol. It has a specific use in medical facilities and has wide use in a household. It is undrinkable or non-consumable alcohol.

Complete answer: Let's have a look at the question. We are interested to find out which one of the above acts as rubbing alcohol.
Let’s first understand the meaning of rubbing alcohol,
-Rubbing alcohol is an antiseptic, disinfectant.
-There are several alcohols which are used for various reasons. One of them is rubbing alcohol. It is used for rubdowns, on evaporation it reduces fever, it is antiseptic and most commonly it is one of the main components of hand sanitizers. Rubbing alcohol is primarily used as the topical antiseptic and most importantly it is cheaper.
-Isopropyl alcohol $\text{(C}{{\text{H}}_{\text{3}}}\text{CHOHC}{{\text{H}}_{\text{3}}}\text{)}$ which is also called 2-propanol is the most common member of the alcohol family.
The structure of the isopropyl alcohol is as follows, 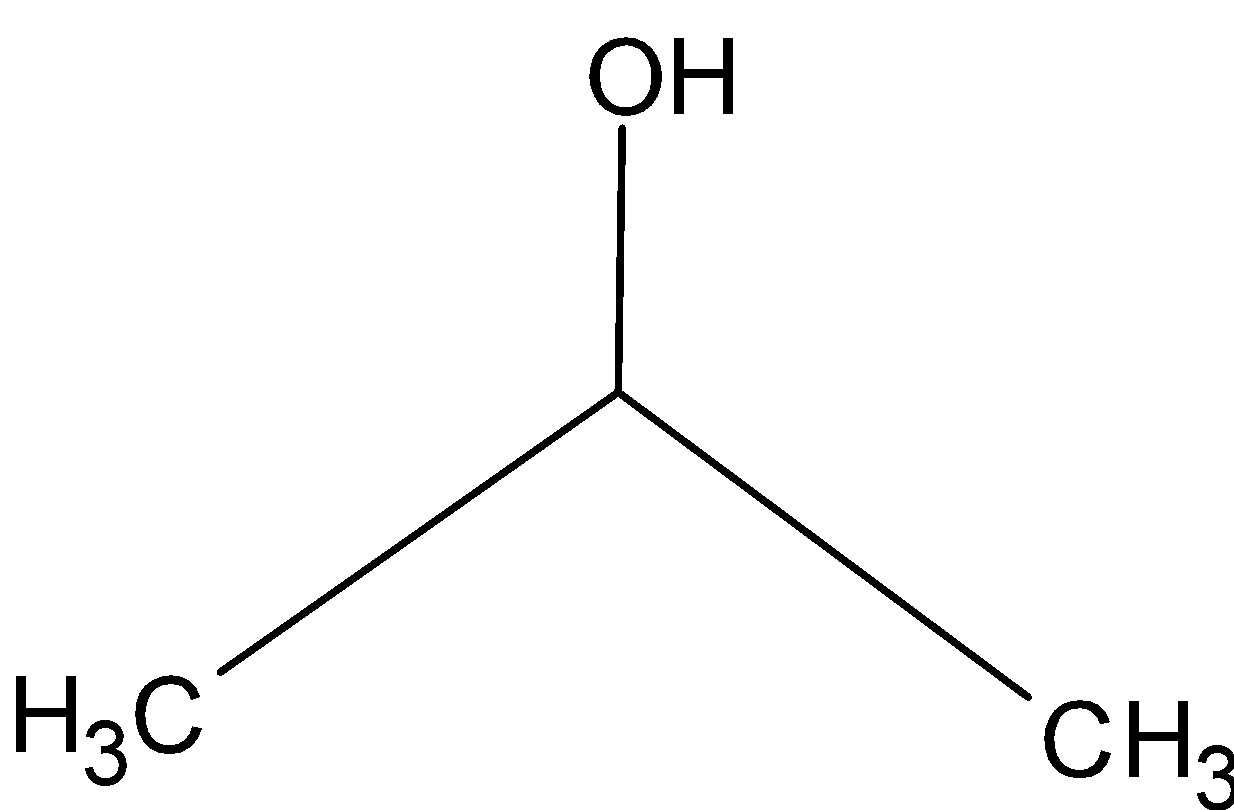 -Isopropyl is mixed with the water to use as a rubbing alcohol antiseptic. It has wide applications in hand lotions, cosmetics, etc.
-In industries it is used as an inexpensive solvent for drugs, cosmetics, gums, etc. On comparing it with the ethanol it is cheaper and readily available.
-Rubbing alcohol is the solution of 60% and 90% alcohol with 40% to 10% water.
So, the correct answer is “Option D”.

Additional Information: Alcohols have a wide range of uses in various fields. Some of the uses are listed below,
-It is used to produce methylated spirits which is a mixture of a small amount of methanol and ethanol. It is poisonous and unfit for consumption. It is used as a spirit in lamps, stoves, etc.
-Alcohols are used as fuel. Ethanol is a clean source of energy. It is mixed with gasoline to produce ‘gasohol’ which is 10-20% ethanol.

Note: Do not get confused between the ethanol and isopropyl alcohol.Even though both have been used as antiseptic and disinfectant; isopropyl alcohol is widely used as rubbing alcohol over the other alcohols.