Pick the odd one out.
Hand fork, Harrow, Sickle, Hoe

Verified
119.7k+ views
Hint: Agricultural tools are very important for a farmer because they improve the application of the work and making their work more productive. From the following answer, the odd one is made up of a curved iron blade mainly for reaping the cereal crops at harvest time.

Complete answer:
Hand Fork - This tool is used for the easy removal of weeds and unwanted growth from the entire root which needs to be removed, idea for topsoil.
- It is manufactured with heat-treated Carbon Steel so that it can provide both strength and durability. The powder-coated finish of the tool provides high resistance to rust, scratch, humidity, and alkaline in the soil. 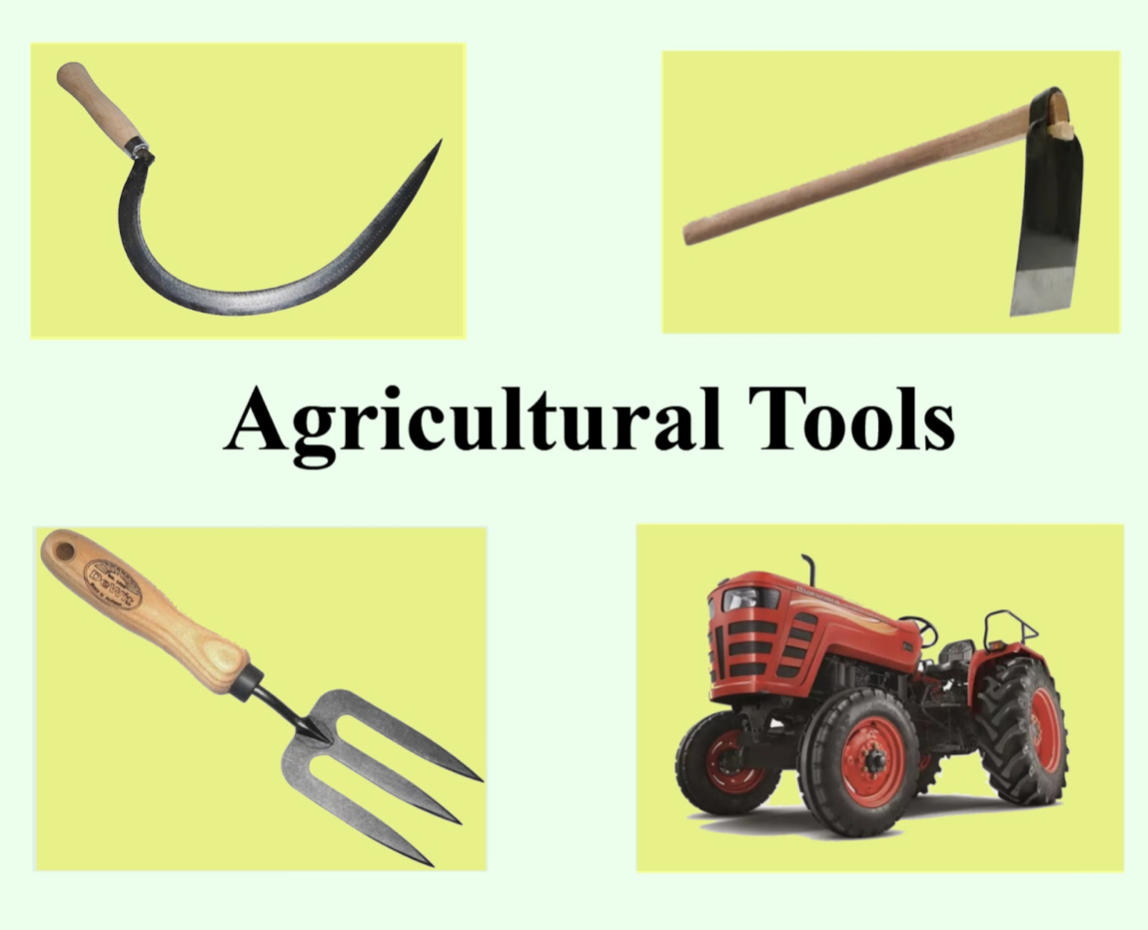 - These are used for the digging of weeds. Therefore, they are also referred to as wedding forks. It is generally used for planting holes, transplanting, rating, and mixing the additive into the soil. Also used for leveling around the border edges and tidying up the soil.
Harrow - It helps in the breaking up and smoothing on the surface of the soil which makes the soil suitable for plowing.
- It is also used for deeper tillage. It is carried out on the feels for the finishing which is left after the plowing operation.
- Mainly 4 types of Harrow are used - disc harrow, tine harrow, chain harrow, and chain disk harrows.
- It is pulled up by animals such as horses, mules, or oxen, or sometimes people also. In today's technology, they are pulled by tractors either from a drawbar or mounted on the three- point hitch.
Sickle - it is a single hand agricultural tool designed with a curved blade and used for harvesting or reaping the grain crops. It is also known as a bagging hook or reaping hook. They also used to cut forage for feeding livestock, either freshly cut or dried as hay.
- It is the ancient method of harvesting.
Hoe - used for the cultivation of the soil and removing the weeds. It is also an ancient tool that helps predate the plow.
- It is widely used by Egypt and in the Summerian cultures to cultivate gardens.
- It is made by a long handle with a paddle, blade, or stirrup at the end
So, except Sickle, all are used for digging the soil for planting (cultivation) whereas Sickle is used for cutting the crops.
So, the correct answer is, ”Sickle”.