Verified
174.9k+ views
Hint: Vectors have the ability to replicate within bacterial cells independent of the control of chromosomal DNA.

Complete answer:
Two types of vectors that are most commonly used are plasmids and bacteriophage. 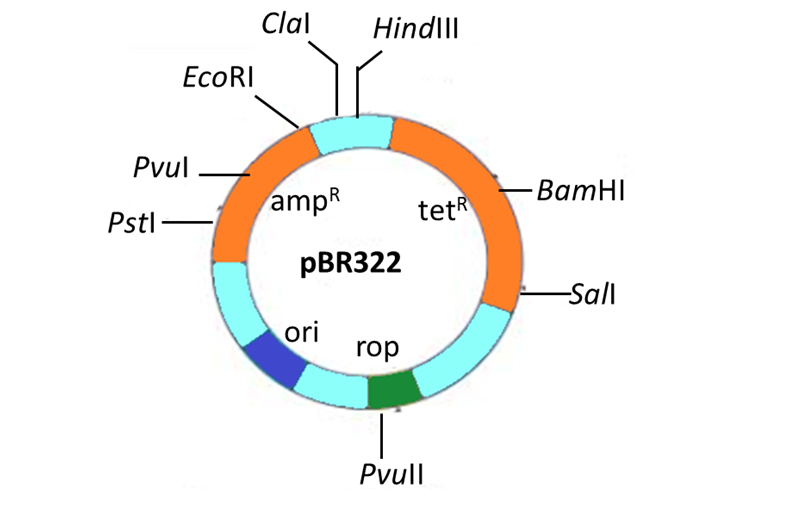 Plasmids are circular DNA molecules which are present independently inside the bacterial cell, and it has one or more genes. These genes have an important role in the host bacterium. The plasmids contain a specific DNA sequence called the origin of replication which helps plasmids to replicate independently. Some plasmids often use host cell enzymes for replication while some can code for their own special type of enzymes for replication.
Bacteriophages are a group of viruses that use bacterial cells as hosts and reproduce in it by infecting the bacterial cells. Bacteriophages also contain a protein coat that provides protection to the genome. Most of the phages are DNA viruses that code for several genes responsible for virus replication. A major problem of using plasmids as a cloning vector is the size of the gene of interest is small. However, bacteriophages help to overcome this problem, as larger genes can be transferred by using bacteriophage as a cloning vector.

Note: In molecular biology, a vector refers to a DNA molecule that transfers genetic material into another cell and the genetic material gets incorporated into the cell genome and expressed. The foreign DNA carried by the vector is referred to as recombinant DNA. The vectors are generally characterized by three factors such as the origin of replication, multi cloning site, and a selective marker.
Recently Updated Pages
Milk vine weed is being eradicated from citrus with class 12 biology CBSE