For the diazonium ions that order of reactivity towards diazo-coupling with phenol in the presence of dilute $NaOH$ is: 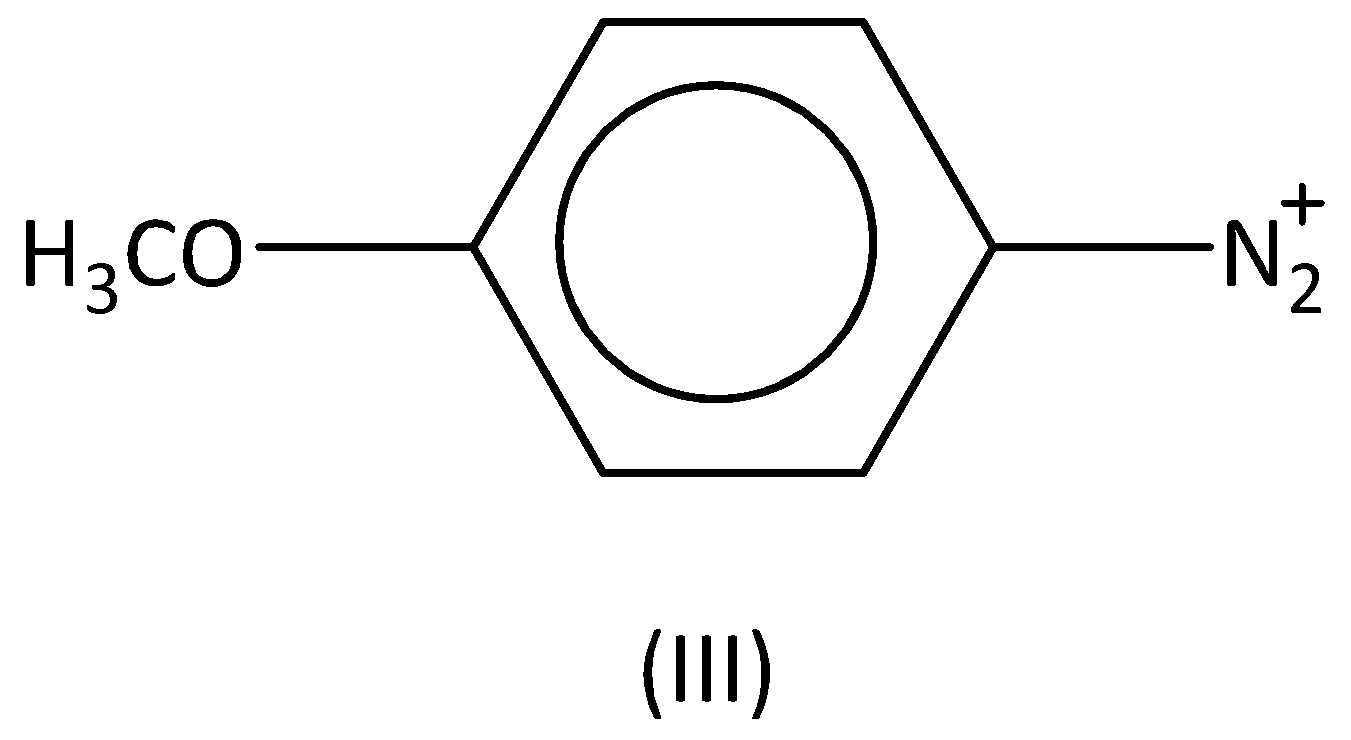 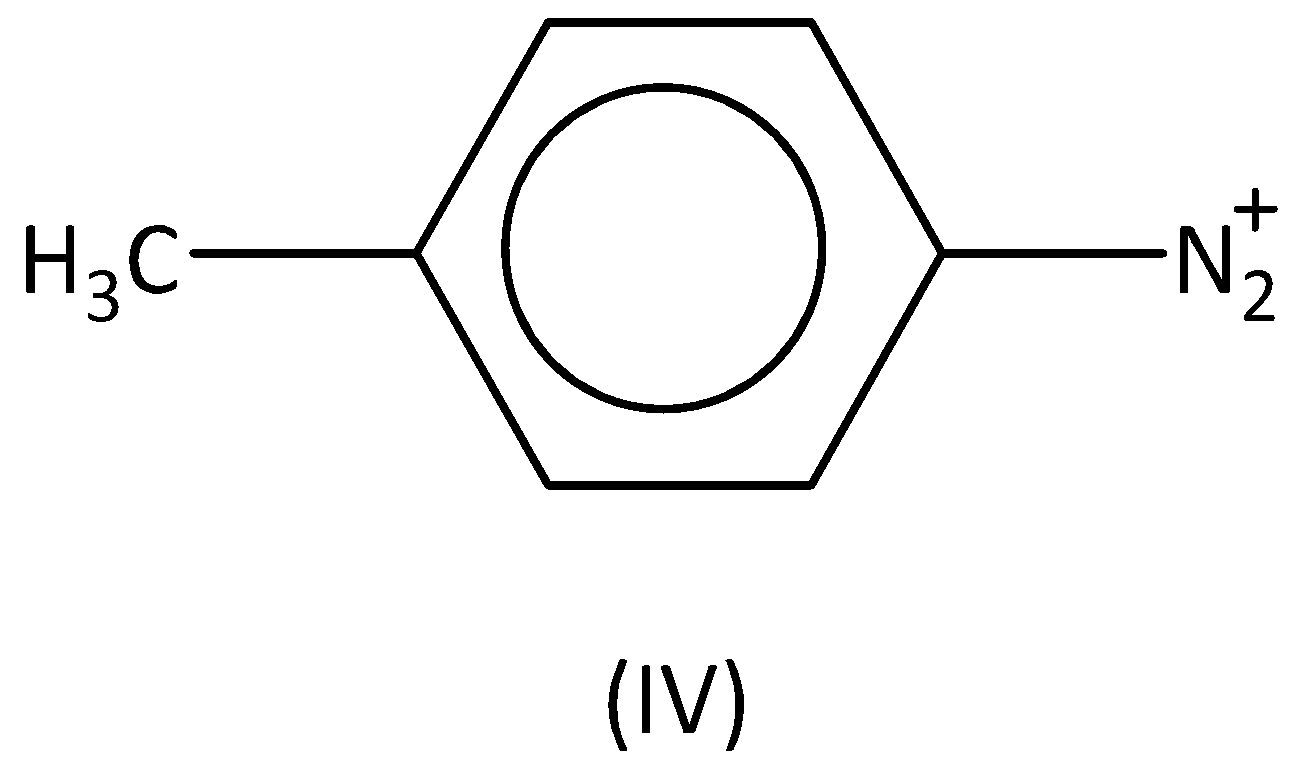 Verified
91.8k+ views
Hint:We can predict the decreasing order of reactivity of diazonium ions with the help of electron donating groups and electron releasing groups. We know that in case of diazonium ions, the functional group present in the compound leads the next incoming group to a particular position in the aromatic ring. We call this as the directive influence of the group already bonded to the benzene ring. 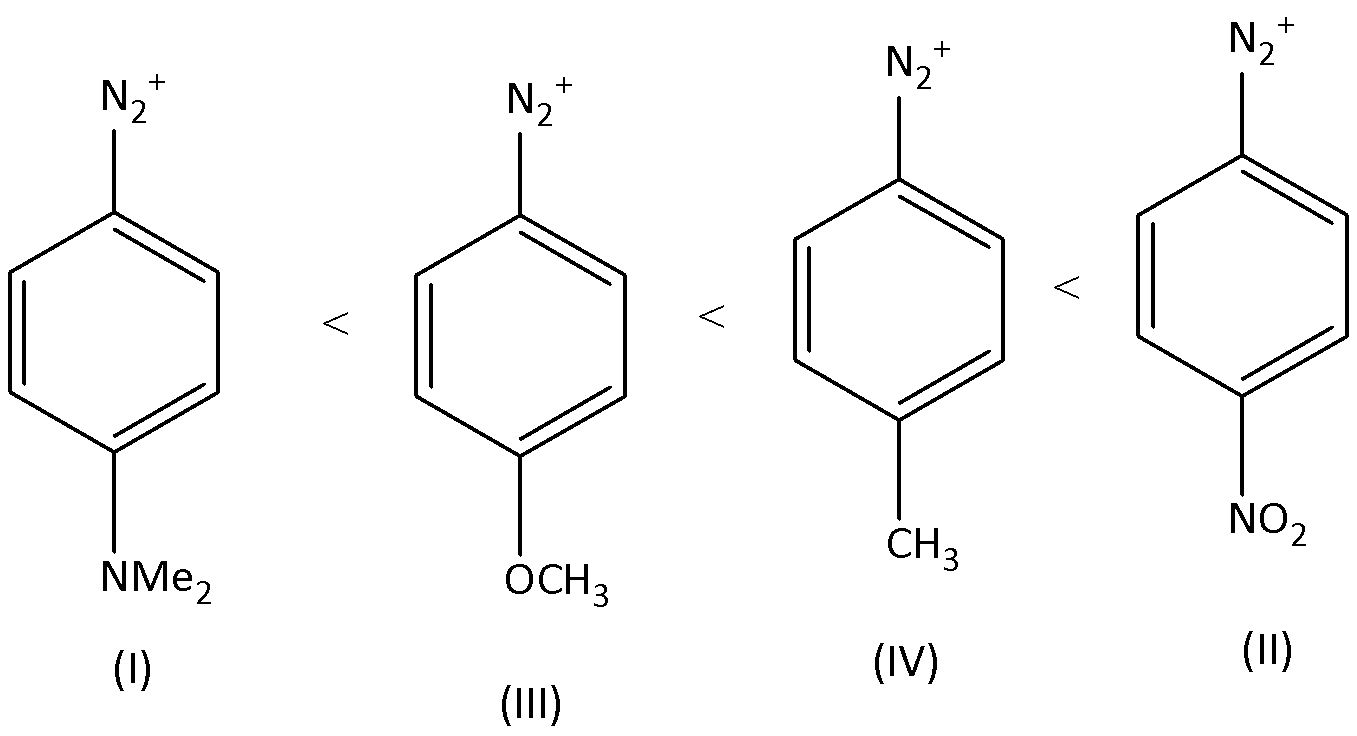