Verified
92.1k+ views
Hint: Ovules our surroundings by them which are protective layers of cells. In gymnosperms, they are one whereas in angiosperms they are two in numbers. When the ovule measures after fertilization it develops into the seed coat.

Complete answer:
Until the roots developed after germination then the Integuments became the food which is consumed by the young plant.
The two integral moments of the outer layer of the cells of the ovule is formed by the seed coat which is derived from the tissue from the mother plant.
The tegmen is formed by the inner integument whereas the testa is formed by the outer Integument.
The micropile is the small opening in the integral mint which allows the pollen tube to enter and discharge its sperm nuclei into the large oval cell known as the embryo sac in which fertilization and development occur.

Additional information:
Embryo sac- It is present within the ovules and is the megaspore of a seed-bearing plant enhances the endosperm and form the egg cell or nucleus through which embryo plant develops after fertilization
Chalaza- It is present opposite from the micropyle opening of the Integuments. integument and nucleus are joined together in this tissue. Inside the ovule of the flowering plant during the development of the embryo sac, the three cells at the chalazal end become the antipodal cells.
Ovule- It is the structures giving rise to the female reproductive cells. The Integument, nucellus, and the female gametophyte are present in them. The integument forms the outer layer, remnant after megasporangium is the nucellus and female gametophyte forms from a haploid megaspore in its center.
So, the correct answer is option (a) "Integuments". 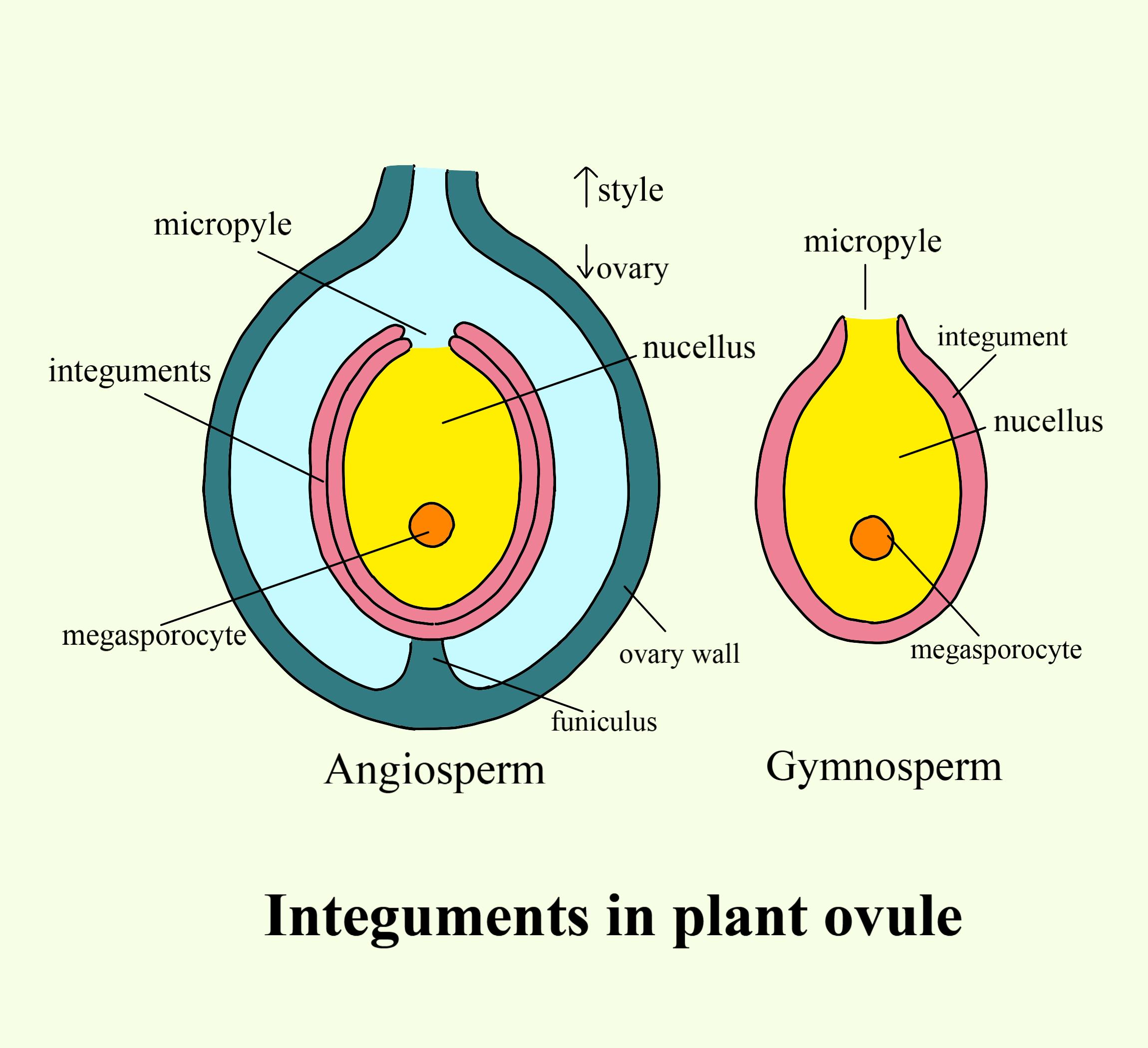