To understand the fundamental concepts of this chapter, focus on the Ecosystems and Energy Flow Class 12 Biology Solutions prepared by the subject matter experts of Vedantu. You will find the easiest explanation of all these concepts to make your preparation level better.

1. Which one of the following has the largest population in a food chain?

Decomposers such as bacteria and fungi form the largest population in a food chain. They obtain energy by breaking down the complex dead and decaying organic matter into simple inorganic forms. Thus, they play a very important role in cleaning the environment and making food available for producers.

Ans: The correct option is (b) Zooplankton

4. What is the % of photosynthetically active radiation in the incident solar radiation?

5. Give the term used to express a community in its final stage of succession.

6. After a landslide, which of the following types of succession occurs?

Ans: The correct option is (a) Primary.

Primary succession occurs on a barren area or rocks that were never colonized by any habitat. This type of succession takes more time to reach the climax community as it starts from scratch. After the landslide, almost all the ecological communities that inhabit the area will be removed. Landslide exposes the new land and barren rocks on which pioneer species colonize. Hence, after a landslide, primary succession occurs.

7. Which of the following is most often a limiting factor of the primary productivity in any ecosystem?

Ans: The correct option is (a) Carbon.

Primary productivity is the formation of organic compounds using carbon dioxide present in the atmosphere. This is generally done by plants through the photosynthesis process. As photosynthesis involves the utilization of carbon dioxide, water and sunlight, hence, carbon is the main limiting factor that can affect the primary productivity in an ecosystem.

1. Give an example of the ecosystem which shows an inverted pyramid of numbers. 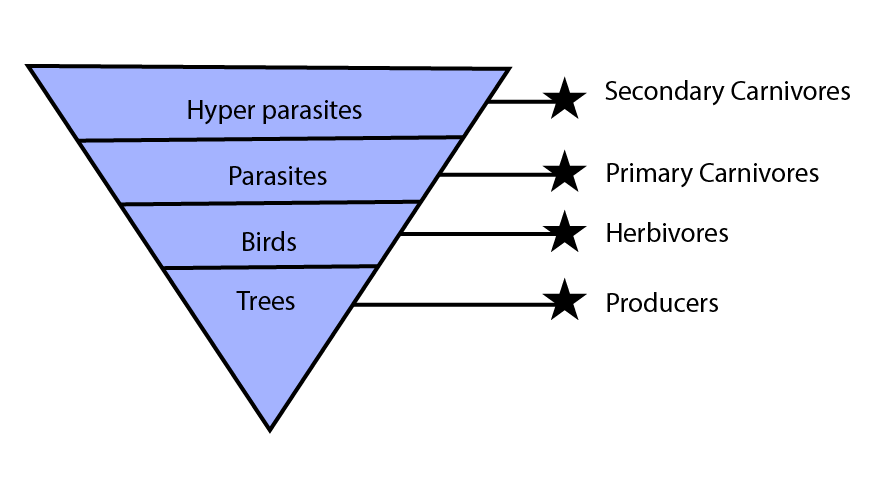 2. Give an example of an ecosystem which shows an inverted pyramid of biomass. 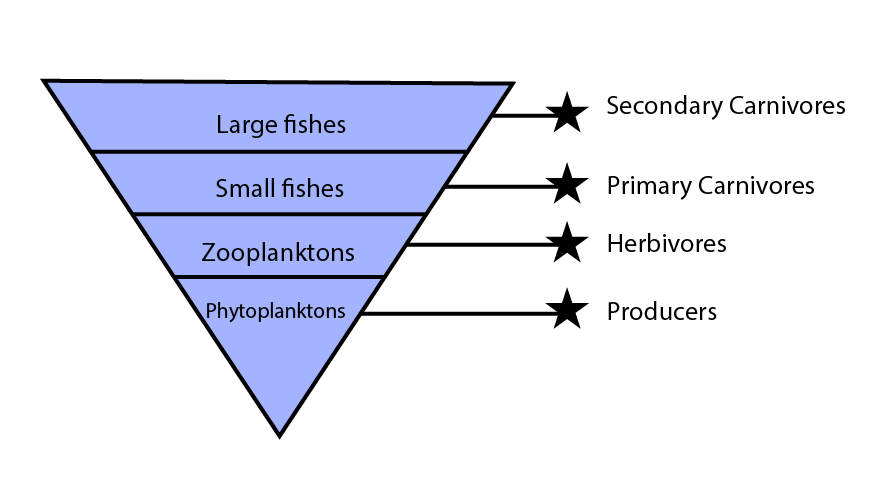 3. Which mineral acts as a limiting factor for productivity in an aquatic ecosystem?

Ans: Productivity is the formation of organic compounds using carbon dioxide present in the atmosphere. This is generally done by plants or primary producers through the photosynthesis process. But, in aquatic ecosystems, the plants and algae also require nutrients such as phosphorus for proper growth. The phosphorus generally enters the water bodies through the sedimentation process which is a very low process. Hence, in aquatic ecosystems, phosphorus acts as a limiting mineral that influences productivity.

4. Name the reservoir and sink of carbon in the carbon cycle.

1. Distinguish between the upright and inverted pyramid of biomass.

Ans: The difference between the upright and inverted pyramid of biomass is given below: 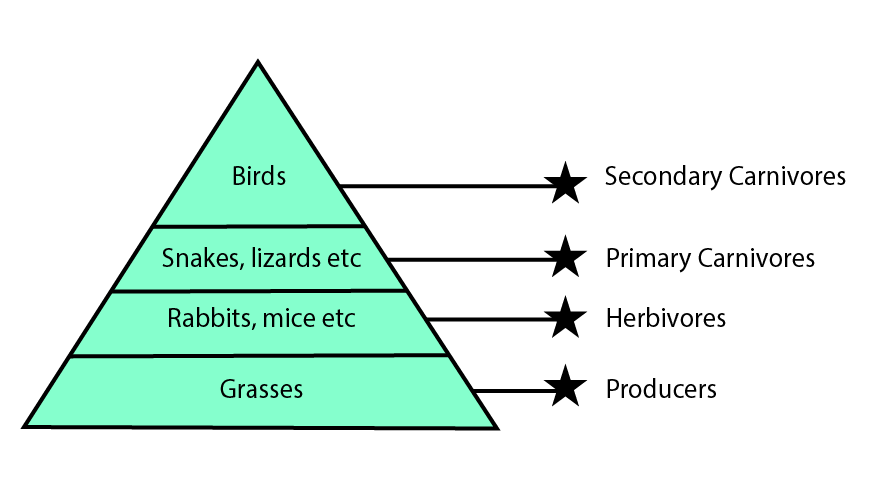 Ans: The difference between food chain and food web is: 1. Define ecological pyramids and describe with examples, pyramids of number and biomass.

Ans: Primary productivity is the formation of organic compounds using carbon dioxide present in the atmosphere. This is generally done by plants or primary producers through the photosynthesis process.

The various factors that affect primary productivity are:

Ans: Decomposition is the process in which dead and decaying complex organic matter is broken down into simpler inorganic forms by decomposers such as bacteria and fungi.

Process of Decomposition: There are five steps involved in the decomposition process. These are fragmentation, catabolism, leaching, humification and mineralization.

4. Write important features of a sedimentary cycle in an ecosystem.

5. Describe carbon cycle and add a note on the impact of human activities on carbon cycle.

The impact of human activities on the carbon cycle is: 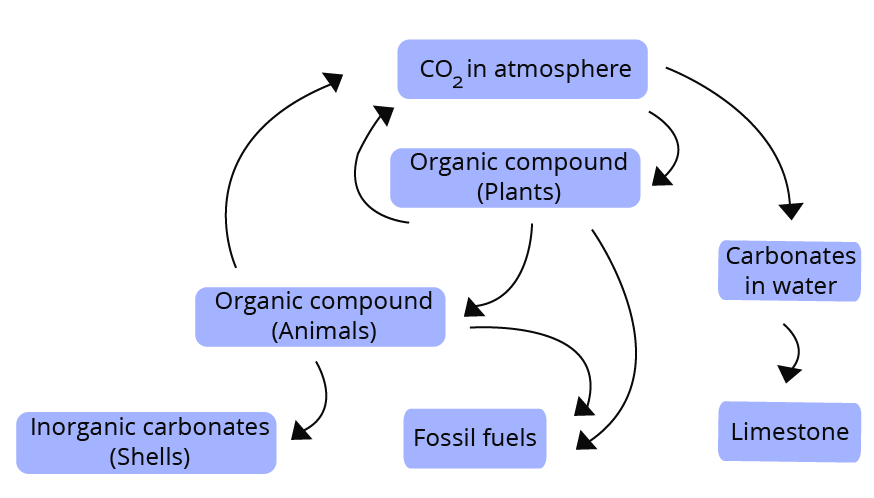 As mentioned earlier, this chapter explains the various aspects of ecosystems, the units of a biosphere. In our world, we live in different ecosystems. Knowingly or unknowingly, we are a part of many ecosystems existing in our surroundings. In such ecosystems, plants and animals live in harmony.

We will also learn that every ecosystem depends on the producers or the plants with the capability to trap sunlight and make food. The basis of an ecosystem is the producers. The food chain begins with them and ends with the predators or consumers. To understand these concepts clearly, follow the Maharashtra Board Class 12 Biology Solutions Chapter 14 Ecosystems and Energy Flow.

Get the free PDF version of these solutions and complete the study material for this chapter. Utilize the simpler explanation and presentation of the concepts to memorize and recall them during an exam. Learn how to score more from the answering techniques adopted by the experts.

1. Why is solar energy a must for an ecosystem?

Solar energy is the prime source of energy that producers of an ecosystem harness to produce food and sustain the food chain.

2. Why are heterotrophs also needed in an ecosystem?

The consumption of producers and the control of their population are also mandatory for the balance of an ecosystem.

The process of breaking down complex organic material in dead matter into simpler ones for easy absorption is called decomposition.

4. What is energy flow in an ecosystem?

The flow of energy from the food-producing organisms to the consumers is called energy flow.

It is a large community of plant and animal species covering a huge area. Example: A forest.