The overall health of a human being is defined by being physically and mentally well. The absence of disease does not make a human healthy. Class 12 Biology Chapter 10 teaches students what human health means and how it can be maintained. It will also explain what diseases mean.

To understand the concepts and principles of Human Health and Diseases, refer to the notes and solutions prepared by the experts. Get the simplest explanation of these concepts and learn how the experts have answered the exercise questions accurately.

1. Which of the following is NOT caused by unsterilized needles?

Explanation: Elephantiasis is a rare disease or condition caused by mosquitoes and we also know it as lymphatic filariasis. Most common in tropical and subtropical areas. It is called elephantiasis because in this condition the affected person's body arms, legs, and sex organs swell up and skin becomes thick like an elephant’s skin.

Explanation: Heroin is an addictive analgesic brown or white powder derived from the plant opium poppy. It is used by drug addicts to get the euphoria effect. The heroin is an illegal drug which if smoked or inhaled through the nose and most people inject themselves which can easily cause the drug overdose which can lead to death.

Explanation: The stimulant present in tea is caffeine which is a natural chemical which also has side effects if taken for a long time and overdosed. It may cause insomnia, nervousness, nausea, restlessness, anxiety, chest pain and other side effects.

4. Which of the following is caused by smoking?

Explanation: Smoking causes Emphysema, and it damages the alveoli. The common symptom of this condition is the person has shortness of breath or difficulty breathing while doing some heavy work.

Ans: Correct option- a. Molecule that binds specifically an antigen

Explanation: Antibodies is a molecule that binds specifically an antigen. It is a protein made by our immune system to fight off foreign bodies which enter our body called antigen.

Explanation: Interferons are signaling proteins and are part of our natural defense system. Our immune system releases them in the presence of viruses and so they are called antiviral factors.

Explanation: Both B-cell and T-cell are derived from stem cells of bone marrow but T-cells mature in thymus glands. These white are blood cells which are part of adaptive immune response. B-cells or B lymphocytes make antibodies, whereas T- cells destroy all infected or cancerous cells.

8. Which of the following diseases can be contracted by droplet infection?

Explanation: Confirmatory test used for detecting HIV infection is ELISA. The full form of ELISA is Enzyme-linked immunosorbent assay. There are four types of ELISA: direct, indirect, sandwich, and competitive.

1. What is the source of cocaine?

Ans: Cocaine is an alkaloid and is derived from the coca plant its scientific name is Erythroxylum coca. This is a mind-expanding drug which increases your dopamine level and causes hallucinations, paranoia, extreme happiness, and irritability.

2. Name one disease caused by smoking?

Ans: Smoking causes many diseases like cancer, heart disease, lung disease, emphysema and chronic bronchitis. It increases the risk of TB. The most common disease caused by smoking is lung cancer.

Ans: Antigens and helper T-cells stimulate B-cells or B lymphocytes. They make glycoproteins called antibodies which circulate in our blood and lymph. These free antibodies have functions: Agglutination, opsonization and neutralization.

4. What does the abbreviation AIDS stand For?

Ans: Typhoid fever is an infection of the intestine and is caused by the gram-negative bacteria Salmonella typhi.

Ans: In malaria when cells formed during asexual reproduction by fission (schizogony) are called merozoites. The trophozoite matures into schizonts and when the rupture it releases merozoites.

Ans: The addictive component found in tobacco is nicotine. Smoking tobacco causes many diseases but the most common is lung cancer which damages your lungs. Smoking causes Emphysema, and it damages the alveoli. The common symptom of this condition is the person has shortness of breath or difficulty breathing while doing some heavy work.

Ans: Malaria is a vector-borne disease which spreads through mosquito bites. It is caused by the pathogen Plasmodium species: P. vivax, P. ovale, P. malariae, and P. falciparum. P. falciparum causes a more fatal illness than the other species.

10. Name the vector of Filariasis.

Ans: Nematodes Parasites, which spread from person to person via mosquito bite, cause filariasis/Elephantiasis. Wuchereria bancrofti causes Lymphatic filariasis, a type of filariasis. It affects arms, legs, breasts, scrotum, etc. Most common in tropical and subtropical areas. It is called elephantiasis because in this condition the affected person's body arms, legs and sex organs swell up and skin becomes thick like an elephant’s skin.

11. Give the name of the causative agent of Ringworm.

Ans: Ringworm is the fungal infection of the skin caused by a fungal species of genera Trichophyton and Microsporum. Infected skin shows the following symptoms:

Ans: Health is not only an absence of disease or physical fitness. According to the WHO, an individual has a complete state of physical, mental and social well-being called health. Having a strong immune system which protects our body from various foreign bodies and infectious agents daily.

1. What are acquired diseases?

Ans: Acquired diseases are the ones which a person gets at some point in life. They are not by birth or inherited from their mother. Pathogenic infections, aging and climatic changes cause acquired diseases.

2. Differentiate between antigen and Antibody.

3. Name the infective stage of Plasmodium. Give any two symptoms of malaria.

Ans: The infective stage of Plasmodium is when the sporozoites enter the human body through mosquito bite of a female Anopheles.

4. Explain the mode of infection and cause of elephantiasis.

Ans: The mode of infection of filariasis/elephantiasis is through the mosquito bite of Wuchereria bancrofti larvae is transmitted to the human body through female Culex mosquitoes.

5. Why is smoking a bad habit?

Ans: Smoking causes many diseases like cancer, heart disease, lung disease, emphysema and chronic bronchitis. It increases the risk of TB. The most common disease caused by smoking is lung cancer.

6. What do the abbreviations AIIMS and CMIS denote?

7. What is a carcinogen? Name one chemical carcinogen with its target Tissue.

Ans: Carcinogens: cancer-causing agents or factors are called carcinogens. There are various factors responsible for causing cancer, they are:

1. Differentiate between B-cells and T-cells.

2. What are the symptoms of malaria? How does malaria spread?

3. Write a short note on AIDS.

Ans: AIDS-acquired immunodeficiency syndrome. They reported the first case of AIDS in 1981. Syndrome means a group of diseases.

4. Give the symptoms of cancer.

Ans: Cancer is the abnormal growth of cells. Cancer-causing agents or factors are called carcinogens. There are various reasons a person can get cancer: chemicals, radiation, viruses, oncogenes, addictions to drugs, smoking, tobacco, and alcohol.

5. Write a note on antigens on blood cells.

6. Write a note on antigens-antibody Complex.

Ans: The study of antigen-antibody interaction is called serology.

7. What are the various public health measures, which you would suggest as a safeguard against infectious diseases?

Ans: The various public health measures against infectious diseases are:

8. How does the transmission of each of the following diseases take place?

Ans: It is also called Amoebic dysentery which is caused by the protist parasite Entamoeba histolytica, it causes diarrhea in the human body and affects 10 - 15% of the population.

Ans: Plasmodium vivax is a parasitic protozoan that causes malaria in humans.

The life cycle of Plasmodium vivax: this parasite has two life cycles, one asexual, which happens in the human body, and another sexual reproduction which happens inside the gut of the female Anopheles mosquito. 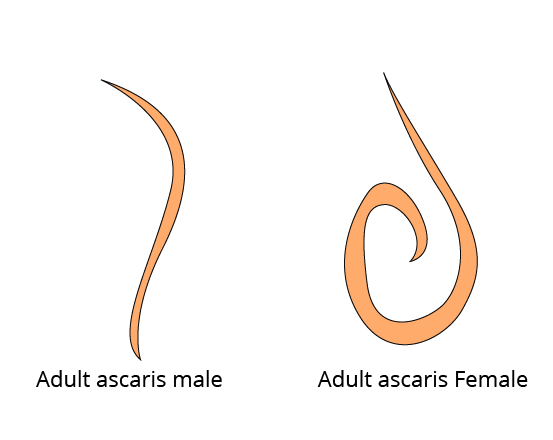 The Life Cycle of Ascaris Lumbricoides/Roundworm:

Ans: Pneumonia is an inflammatory condition of the lungs. Various pathogens can cause it.

9. What measure would you take to prevent water-borne diseases?

10. Write a short note on typhoid. 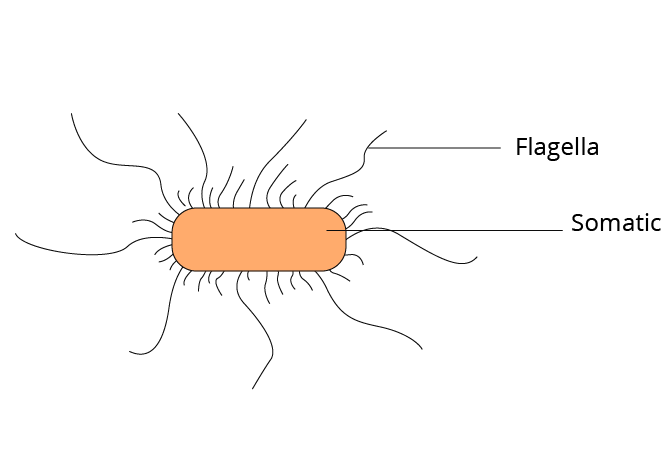 1. Describe the structure of antibodies.

Ans: Antibodies are also called Immunoglobulins (Ig). Antibody is Y-shaped protein molecules made up of different polypeptide chains. Antibodies recognize antigen and bind to it to attack it. 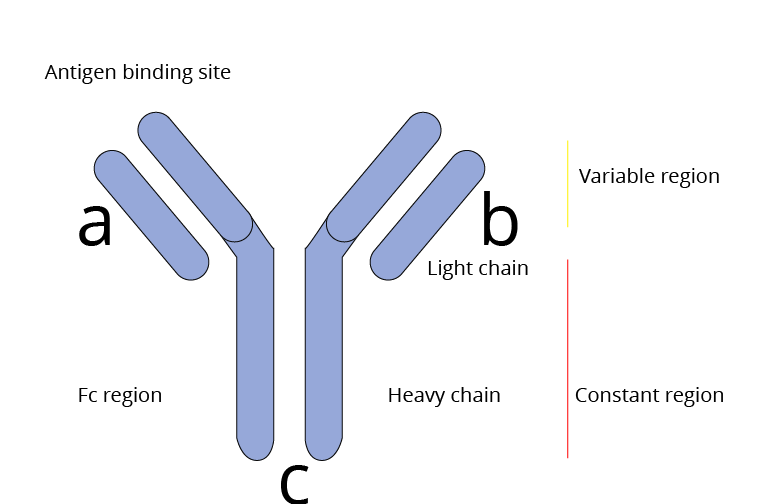 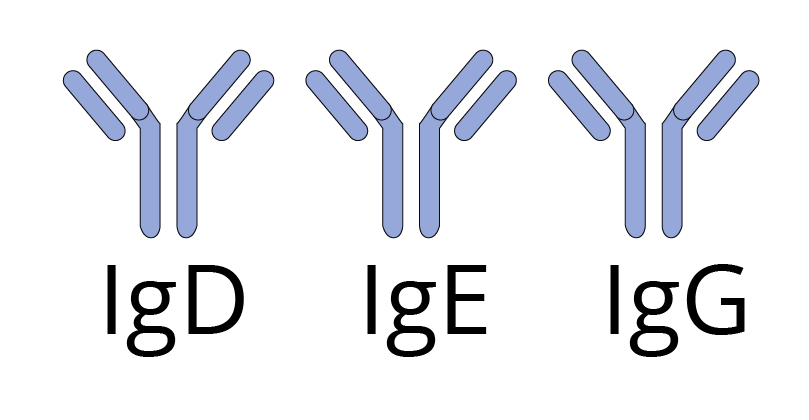 2. Write a note on Vaccination.

Ans: Vaccination is the administration of inactivated pathogens of a particular pathogenic disease which provides immunity against disease or infection. It is a type of artificially acquired active immunity. Vaccination develops immunity against the disease without having a disease. It is a primary prevention measure to be taken to avoid infection.

3. What is cancer? Differentiate between benign tumor and malignant tumor. Name the main five types of cancer.

Ans: Cancer is the abnormal growth of cells. Cancer-causing agents or factors are called carcinogens. There are various factors responsible for causing cancer, they are:

4. Describe the different types of immunity.

Ans: The immune system in our body provides immunity against infections, diseases and foreign invaders like microorganisms, allergy-causing agents, etc. 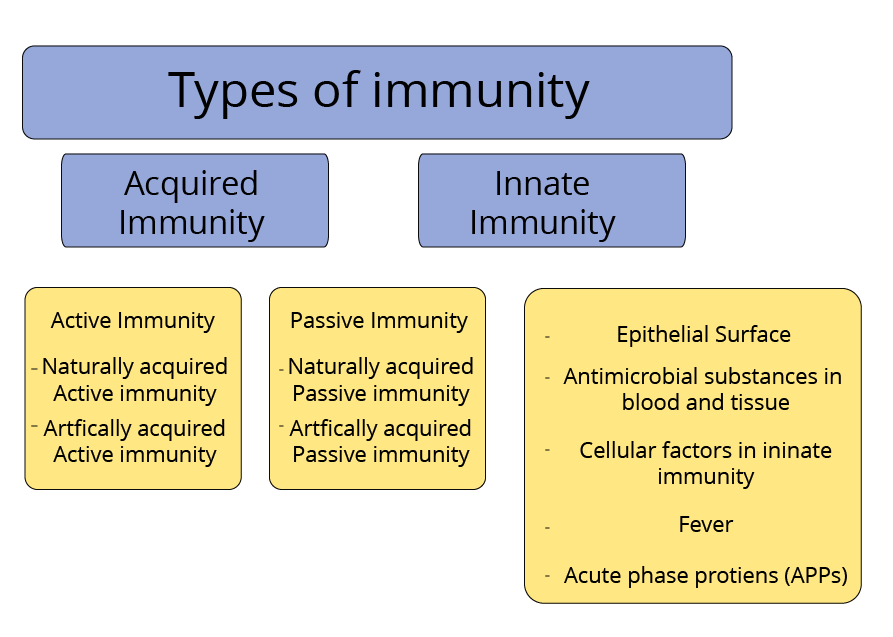 5. Describe the ill–effects of alcoholism on Health.

6. In your view, what motivates the youngsters to take to alcohol or drugs and how can this be avoided?

Ans: Addiction is the constant use of drugs, smoking and drinking alcohol. The addicted person may get various physical, physiological and psychological dysfunctions in the body.

7. Do you think that friends can influence one to take alcohol/drugs? If yes, how may one protect himself/herself from such an influence?

Ans: Addiction is the constant use of drugs, smoking and drinking alcohol. The addicted person may get various physical, physiological and psychological dysfunctions in the body.

This chapter describes what human health is and what its different aspects are. Back in the day, we used to consider that human health means the absence of any disease. The definition has changed and the mental condition of a person is now considered one of its crucial factors.

The health of an organism is defined by its functional efficiency. It is influenced by many factors. It also explains that an organism is healthy when it can avoid diseases and shows good physiological functions.

The chapter also explains what immunity is and how it determines the health of a person. The immunity of an individual is the power to resist infection caused by various pathogens. It also determines whether a person is immunized from various diseases.

This chapter will explain how different white blood cells of our circulatory system maintain immunity. The functions and mechanism of protection of our immunity will be explained. Students will also study the structure and functions of antibodies.

To understand these concepts, you can download and refer to the Human Health and Disease Class 12 notes. Get a simpler explanation of these fundamental concepts and get assistance to prepare this chapter.

Perform the Human Health and Disease Class 12 PDF download Maharashtra Board today and complete your study material for this chapter. You can follow the answering patterns developed by the experts keeping the Maharashtra Board protocols in mind. Understand the concepts related to health and diseases better and score more in the exams.

Pathogens are disease-causing microorganisms. They enter humans and consider them hosts. They start multiplying using the various biological nutrients available resulting in the development of various symptoms. Example: Plasmodium is an amoeba that causes malaria.

A vector is an animal that carries pathogens. Vectors are responsible for the contamination of pathogens. Sometimes, an immune human can also act as a vector. Example: Anopheles mosquitoes act as the vector of malarial parasites.

3. Why is mental and social well-being considered in the definition of health?

4. What is the immune system?

A complex system of cells, tissues, and organs along with the biochemical substances created by them to defend us from diseases is called the immune system.

5. What protects us from pathogens?

The pathogens in our system are destroyed by the white blood cells present in the circulatory system.