Classical Theory of Employment: An Overview

In Britain, classical economics theory began in the late 18th century. Adam Smith popularized the concept in his book Wealth of Nations, which promoted the laissez-faire philosophy, free trade, and competition to stimulate economic growth.

The neoclassical model emphasizes the supply and demand relationship as the primary driving force behind the production and consumption of goods and services.

Markets, according to classical economics, work best on their own. According to this, the government should not meddle too much. Adam Smith served as an example of this school of economic theory in his 18th-century publications. Adam Smith, a Scottish political economist and philosopher, is widely regarded as the Father of Economics.

Demand changes in response to supply changes, according to classical economics. As a result, the economy is always striving for equilibrium.

Many writers preferred Smith's open markets to protectionism. Smith lived during a time when protectionism was widely accepted and practiced. A protectionist government seeks to reduce imports by enacting quotas, taxes, and other restrictions.

In the 1930s, Keynesian economics emerged as an alternative to classical economics. Keynesian economists advocate limiting the money supply and spending deficits. They also advocate a graduated income tax to combat the recession and wealth disparities.

According to Keynesian theory, the private sector occasionally engages in actions that are harmful to the economy. When this happens, the government should step in. 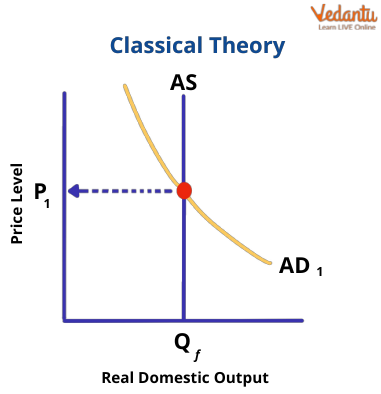 Classical economists believe that the market should have complete freedom to set commodity and wage prices. They argue that supply can create demand on its own. Alternatively, output will generate enough revenue to make purchases.

Classical economics uses the Model T Ford as an example of this concept. The Ford Motor Company manufactured the Model T from 1908 to 1927. In reality, it was the first low-cost automobile.

Israel has emerged as a prime example of how fundamental principles of the traditional economic model generate economic development. Despite the fact that many tourists have visited recently to explore its historical and cultural treasures, the nation's administration has implied the sound science of economics. They advocated for a knowledge economy and a free market. The economy is currently dominated by the technology and industrial manufacturing sectors. Being one of the world's top 25 richest countries has been made possible by economic liberalization and significant investments in the technology sector.

1. What is the classical economic expansion model?

Classical economics is one of the major schools of economic thought that emerged in Britain in the late 18th century. The ideology promoted laissez-faire policies such as free trade and supported various forms of capitalism. Classical economics seeks to promote a free market and increase economic growth with as little government intervention as possible.

The government's involvement is critical in separating the two points of view. When free market competition, trade, and economic growth are present, the classical approach warns against even the most minor government involvement. In contrast, Keynesian economics advocates for the government to actively manage the economy and avoid situations such as recessions.

3. What are the fundamental principles that classical economists adhere to?

The free market, the invisible hand, and individuals acting in their own best interests are central to the classical model. Through liberal rules, open entry, and profit incentives, private entities are encouraged to act in their own self-interest, resulting in efficient resource allocation, increased investment, profit creation, and societal benefit. In a free market, these market factors help supply and demand find equilibrium.