Barometer and Manometer and Their Working Principle for JEE

What is a Barometer and Manometer?

A scientific instrument that measures atmospheric pressure and is usually employed for forecasting weather is called a barometer. The pressure measured using a barometer is also known as the barometric pressure. A manometer on the other hand is used to measure the fluid pressure. The pressure acting on a column of fluid in a U-shaped tube causes the liquid/fluid to reach different heights of the arm due to the difference of pressure in the two arms.

Additionally, it must be known that the liquid/fluid pressure in a manometer is measured with reference to the earth’s atmosphere. Both barometer and manometer are classified into their different types which include the mercury barometer, U-tube manometer and well-type manometer, respectively.

The barometer is predominately used for weather forecasting. The figure below is that of a mercury or a torricellian barometer. It consists of a glass tube placed upside-down in a mercury container. 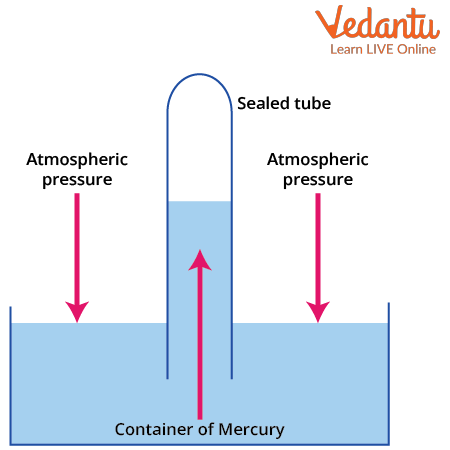 Thus, the working of a barometer simply relies on the principle of balance. Aneroid barometer is another type of barometer that is used to measure the atmospheric pressure. The word aneroid means without water, thus there is no fluid or water involved in the pressure measurements. Unlike the mercury barometer, the aneroid barometer is made up of a flexible material box which is also called a vacuum chamber or a capsule. This vacuum chamber or capsule is made up of an alloy of copper and beryllium. 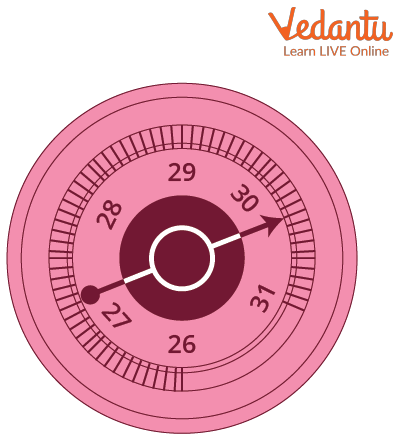 Working of an Aneroid Barometer

Manometer is one of the oldest pressure measurement devices. It is used to measure the pipe fluid flow pressure, gas pressure, and so on. 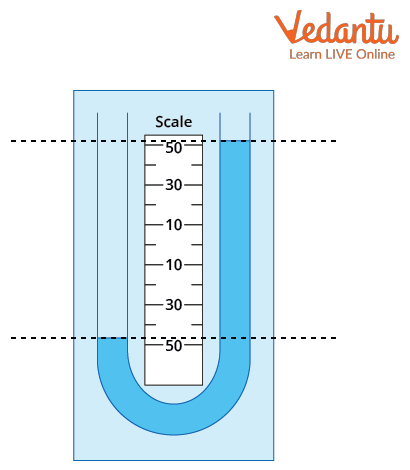 Image of a U-tube Manometer

The manometer works on the principle that changes in pressure will cause the liquid to rise or fall in a tube. Manometers are further classified into a U-tube shaped manometer and an inclined manometer. Manometers usually employ a fluid to measure the pressure. Mercury, water, or any light weight fluid (or light oils) can be used in a manometer. The need for using other fluids is due to the harmful impact of mercury on the environment. Differences between the Barometer and Manometer

From the table given below, we can differentiate between a Barometer and a Manometer.

Manometers and barometers are two fundamental devices that are used to measure pressure. Barometers are used to measure atmospheric pressure above and below seal levels whereas manometers measure fluid pressure. The two are frequently used for weather forecasting and other applications. Both the devices come in different configurations such as U-tube type manometer and inverted column barometer and so on. The article summarised the working principle of both the devices, followed by the constructional details and their applications.

FAQs on Barometer and Manometer and Their Working Principle for JEE

1. Why is water not much preferred as a liquid in a barometer?

2. What is an altimeter and how does it differ from a  barometer?