Twin deficit refers to the situation when an economy suffers from both the fiscal deficit and the Current Account Deficit. It is a more common phenomenon in the United States. A twin deficit problem occurs when there is a simultaneous rise in both fiscal and current account deficits. A fiscal deficit occurs when expenditure is higher than income. A twin deficit is overcome when Fiscal Deficit is higher than the Current Account deficit and vice versa.

What is a Twin Deficit? 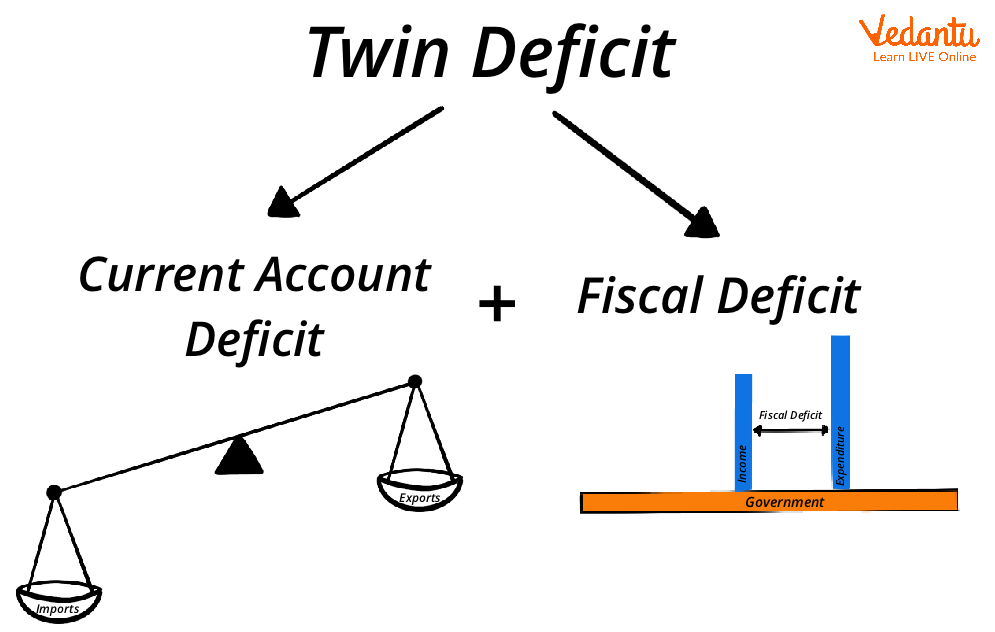 But in the opinion of Keynesian economists, deficit spending can be a significant measure in boosting a stagnant economy. Deficit spending results in the creation of aggregate demand, which is important for a healthy economy in a country. To fund this fiscal deficit, governments issue bonds in the market, which results in the injection of liquidity in the economy.

The current account shows a nation's trade and transactions with other nations. This account includes the difference between the value of goods and services exported and imported as well as net payments. When a nation's imports exceed its exports, it indicates that the country is giving a boost to another nation’s economy or it is spending more overseas. 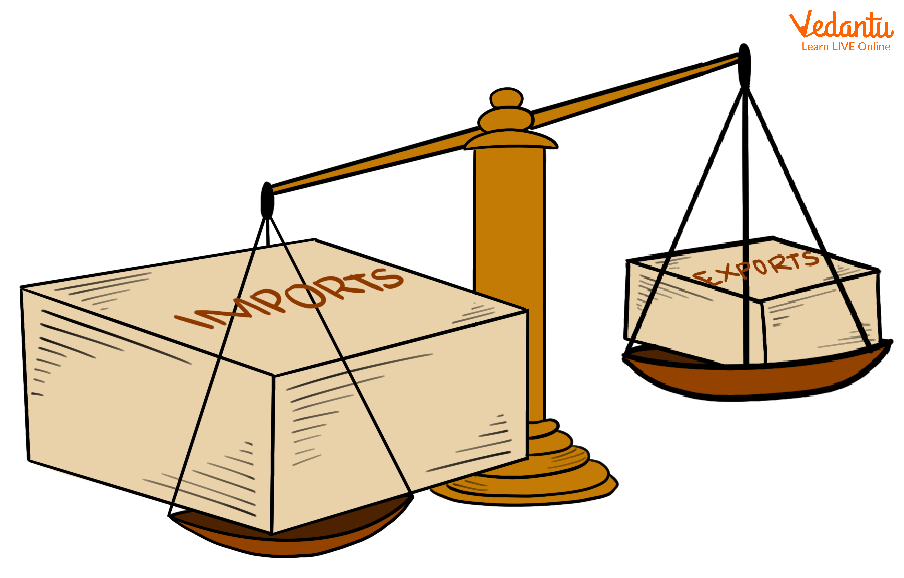 There is a difference between Fiscal Deficit and Current Account Deficit. A fiscal deficit is defined as the difference between the total expenditure of the government and its total receipts, which does not include borrowings. The fiscal deficit can be financed in two ways, i.e., by borrowing from the Reserve Bank of India, known as deficit financing or money creation, and by market borrowing. Borrowing in an uncontrolled manner is not good for the economy. The fiscal deficits increasing over the years results in large debts and debt traps. A current Account Deficit arises when a country’s imports exceed its exports. This results in a deficit in the country’s trade account.

According to the views of some economists, a large fiscal deficit is associated with a large current account deficit. This theory of macroeconomics is known as the twin deficit theory. The deficit theory is based on the logic that when government tax cuts are increased, it reduces government revenues and thus increases the deficit. The consequence of these increased tax cuts is increased consumption by taxpayers as they spend the amount thus left from paying tax. This increased spending by the taxpayers reduces the savings rate, which finally leads to an increase in the amount received by the nation from abroad.

Twin deficit includes fiscal deficit and current account deficit. When a nation faces both these deficits, it is known to have a twin deficit problem. A fiscal deficit happens due to more spending than revenue, i.e., budget shortfall. A current account deficit occurs when a nation's imports exceed its exports, and the nation sends more money abroad. Both these deficits can be financed in different ways and measures taken by the government.

1. Why does the problem of twin deficit occur?

2. How can a government do deficit financing?

Deficit financing is done through the sale of government securities, including Treasury bonds. Various entities such as individuals, businesses and other governments purchase these treasury bonds and lend money to the government. A deficit can also be financed by borrowing money from the country's central bank or by raising money from the capital market. It is necessary to finance all deficits. Deficit financing helps in liquidity creation in the market and thus boosts the economy. Deficit financing helps in dealing with the issues of unemployment, poverty and income inequality.

3. What is the difference between current account deficit and trade deficit?