An Introduction to the 2008 Market Crash

The 2008 market crash, also known as the financial crisis of 2008, was the most serious economic crisis that happened in the early 21st century. It is considered to be the worst financial disaster since the Great Depression of the 1930s. This began in 2007 and grew into a full-blown international crisis.

Immoderate risk-taking by financial institutions, housing bubble, and predatory lending targeting low-income groups were some factors that contributed to the market crash. This crisis began in the US and later spread to the whole world. The market crash of 2008 took only 18 months to worsen the whole economic situation. The stock market crash happened on 29 September 2008 due to the fall of the Dow Jones Industrial Average. 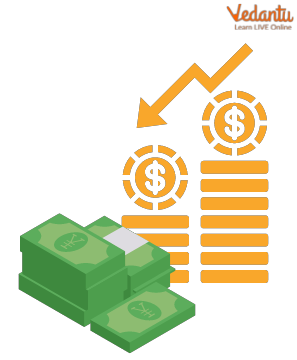 The financial crisis was caused due to deregulation in the financial world. Some of the causes are listed below:

Effects of the Market Crash 2008

No country in the world, developed or developing, has escaped the effect of this financial crisis.

The stock market crash of 2008 was considered the biggest drop in the market. Many best-performing stocks fall in a single day of trading. The market crashed because of the rejection of the bank bailout bill. A bailout is when a business or government provides financial aid to a failing company. All this led to:

Many banks in the US were providing loans with low-interest rates to boost the economy. This encouraged the individuals to take more loans. Banks also introduced asset-backed securities, also known as mortgage-backed securities. Afterwards, banks also started lending to borrowers with higher chances of fraud. The credit was given without assessing the ability of the borrower to pay the instalments. Then, borrowers started defaulting. There were several houses in the market, and it became difficult to detect the fraudsters. Thus, all this led to a sudden downfall in the prices of houses.

The subprime mortgage crisis had a terrible impact on the international markets. This was caused by a large decline in US house prices. This occurred when credits were given to borrowers without assessing their financial strength. The mortgage-backed securities were sold to third parties. Lehman Brothers were one of the largest investment banks which became bankrupt during this financial crisis. Some of the causes are as follows: The 2008 Market Crash was the biggest financial disaster that impacted the overall world. This also had a severe impact on the investors. This has changed the lives of people. Some lost their homes as well as their savings. Some had to face long-term unemployment. Banks and financial institutions were equally affected.

1. How to determine the next stock market crash?

Investments in stock markets are quite risky. It is not easy to predict the performance of stocks easily. Some stocks perform well in a market crash. One factor determining the next market crash is when prices are high for a prolonged period. One should implement his/her investment strategies accordingly. Some other factors include rising inflation, a high price-earnings ratio, weak economic indicators, high market expectations, and declining sales should also be considered by the investors. Some unfortunate events such as terrorist attacks and the pandemic also result in market declines.

2. How to make a profit from the market crash?

Investment decisions should be taken after considering risk and return parameters. Investors should buy stocks of the best companies to earn higher rates of return. The investor can buy the exchange-traded funds also. The investor can also engage in short selling. Short selling means when an investor borrows a security and sells it in an open market and then buys it later for less money. The high dividend-yielding shares should be identified so that the dividend earned may be reinvested to make further gains. A backup plan is required in case an investor faces any loss.

3. If stock markets were to crash tomorrow, what stocks would you buy?

One should buy the index, a combination of all stocks. These are designed to give maximum exposure to the investors.  It tends to diversify the overall risk and is the safest investment option. Investors should research the important information regarding the outstanding stocks and should not form their investment decisions on rumours. They may take help from their financial advisor. Mutual funds are also best for investment. Stocks of healthcare, industry, and finance sectors should also be considered before buying stocks.

4. What to do when the market crashes?