In Physics, a force is any interaction that, when unopposed, will change the motion of an object. A force can cause an object with mass to change its velocity (which includes beginning moving from a state of rest), i.e., to accelerate.

Force can also be described by intuitive concepts such as a push or pull. A force has both magnitude and direction, making it a vector quantity. It is measured in the SI unit of newtons and represented by the symbol F.

The original form of Newton's second law states that the net force acting upon an object is equal to the rate of change of its momentum with time. If the mass of the object is constant, this law implies that the acceleration of an object is directly proportional to the net force acting on it and inversely proportional to its mass. The relationship between acceleration and the applied force is often expressed using Newton's third law which states that for every action, there is always an equal but opposite reaction.

What is Normal Force?

In Physics, the normal force is the force that a surface exerts on an object that is in contact with it. The normal force is perpendicular to the surface and prevents the object from penetrating the surface. It is also sometimes called the "normal reaction" or "reaction force". 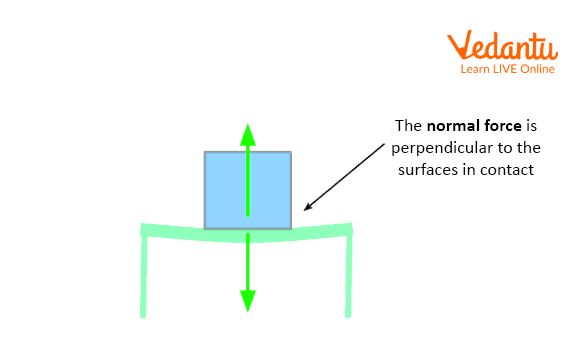 The normal force arises from electrostatic interactions between atoms in the object and atoms on the surface. When two objects are brought into contact, their surfaces push against each other, preventing them from penetrating each other. The normal force is what keeps your hand from going through a table when you rest it on the table's surface.

The normal force can also be thought of as the force that a spring exerts on an object when the spring is compressed or stretched. For example, when you sit on a chair, your weight stretches out the springs in the chair, and they push back against you with a restoring force. This restoring force is due to the elasticity of the springs and it opposes your weight, keeping you from falling through the chair.

Mass is the mass of the object.

Gravity is the acceleration due to gravity 9.8 m/s2 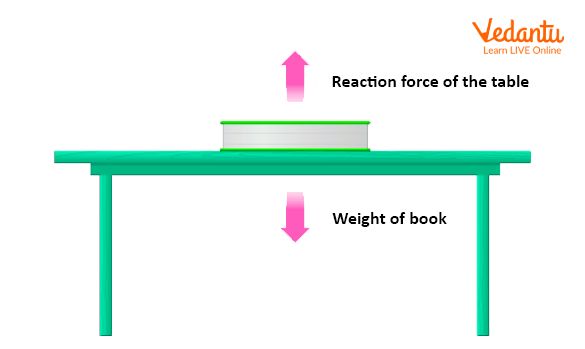 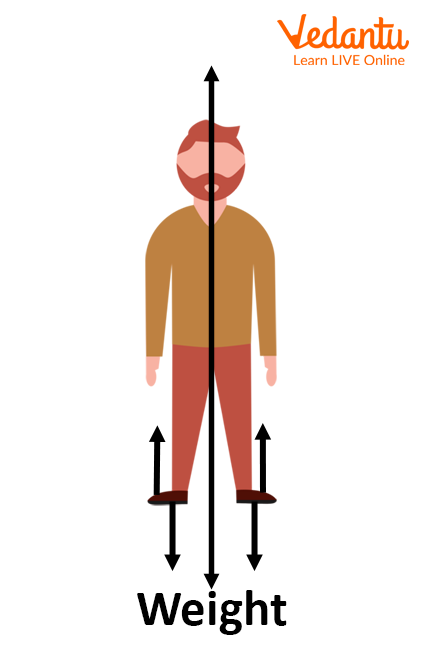 What is the Tension Force?

The tension force formula is used to calculate the force exerted by a string or rope when it is pulled tight. This force is also known as the pulling force. The formula for tension force is:

Mass is the mass of the object being accelerated.

Acceleration is the acceleration of the object due to the applied force.

Spring forces are those that act on an object when it is compressed or stretched. The force exerted by a spring is proportional to the amount of compression or stretching. In other words, the more you compress or stretch a spring, the greater the force it exerts.

When an object is at rest on a surface, the force of gravity acting on the object is counteracted by the normal force exerted by the surface. However, when an object is compressed or stretched, it experiences a force that opposes its motion. This force is known as a spring force.

The formula for calculating the spring force is $F=-kx$

In the article, we discussed the force concepts. Let’s summarise the article with the key points: A force is an external agent capable of changing the state of rest or motion of a particular body. It has a magnitude and a direction. The normal force is the force that a surface exerts on an object that is in contact with it. A tension force is a force that pulls on an object from two opposite directions. It is also known as a "tension" or "tensile" force. Spring forces are those that act on an object when it is compressed or stretched. The force exerted by a spring is proportional to the amount of compression or stretching. In other words, the more you compress or stretch a spring, the greater the force it exerts.

1. Mention a few effects of force.

The Force has different effects, and here are some of them.

2. Is tension force the same as spring force?

The tension force is directed along the length of the wire and pulls equally on the objects on the opposite ends of the wire. The spring force is the force exerted by a compressed or stretched spring upon any object that is attached to it.