Naming of Bicyclo and Spiro Compound for JEE

Spiro and Bicyclic Compounds: An Introduction

Based on the ring junction there are three types of bicyclic compounds. 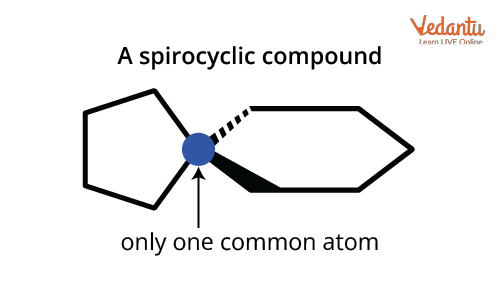 Naming of bicyclic molecules is done based on the IUPAC nomenclature. The procedure for bicyclic compound nomenclature is as follows:

For example, the norbornane carbon frame has a total of 7 atoms, so the root name is heptane. This molecule has two paths of 2 carbon atoms and a third path of 1 carbon atom between the two bridgehead carbons, so the brackets are filled in descending order: $[2.2.1]$. The prefix bicyclo gives the total name of the compound as bicyclo $[2.2.1]$ heptane. 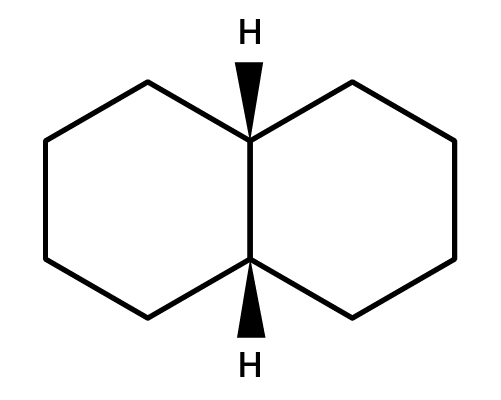 In spirocyclic compounds, the two rings are connected with a single atom called a spiro atom. They find different applications in biological, medicinal and industrial fields.

FAQs on Naming of Bicyclo and Spiro Compound for JEE

In a “fused” ring structure, the two “bridgehead” carbons are directly connected. In “bridged bicyclic” molecules, the two bridgeheads are separated by “bridges” containing at least one carbon. The spirocyclic compounds have two rings joined by a single spiro atom.

2. How can you identify bridged bicyclic compounds?

Bicyclic compounds are polycyclic compounds, which contain more than one ring with at least two common atoms. It is fused when the bridgehead carbon atoms are adjacent and bridged when they are not adjacent.

The bridged bicyclic compound are compounds with two rings that share three or more atoms and also a bridge containing at least one atom separates the two bridgehead atoms. In norbornane, also known as bicyclo $[2.2.1]$ heptane, has a  pair of cyclopentane rings each sharing three of their five carbon atoms.