Le Chatelier’s - Principle and Its Examples for JEE

Based on the experimental conditions, the given reaction may be fast or slow. A reversible reaction reaches dynamic equilibrium when there is no further change in the concentration of reactants and products and the concentration of reactants and products becomes constant. In a reversible reaction, dynamic equilibrium is reached when the rates of both forward and backward reactions become equal. To understand the implications of chemical equilibrium, the law of equilibrium and Le Chatelier’s Principle are very important.

For a general reaction:

If Qc > Kc, when decreasing the value of Qc, the reaction proceeds in the reverse direction.

If Qc < Kc, when increasing the value of Qc, the reaction proceeds in forward direction.

If Qc = Kc, the reaction will be in equilibrium.

If the equilibrium is disturbed by the addition/removal of any reactant/ products,  according to Le Chatelier’s principle, the reaction will proceed to minimise the effect of concentration changes by the following methods:

The equilibrium doesn’t depend on the amount of solids as the concentration of pure solids doesn't change.

For example: in reaction $\mathrm{N}_{2}+3 \mathrm{H}_{2} \rightleftharpoons 2 \mathrm{NH}_{3}$, the addition of inert gas at constant pressure will shift the reaction to the left (More number of moles) and will result in a decrease in product formation.

When a temperature change occurs during a reaction, the value of the equilibrium constant Kc is changed. The change depends on the sign of enthalpy change $\Delta H$ for the reaction.

Effect of a Catalyst

A catalyst increases the rate of the chemical reaction without taking part in the reaction. It is possible because the catalyst shifts the reaction to a low energy pathway. It does not affect equilibrium. The catalyst decreases the activation energy for the forward and reverse reactions by exactly the same amount. 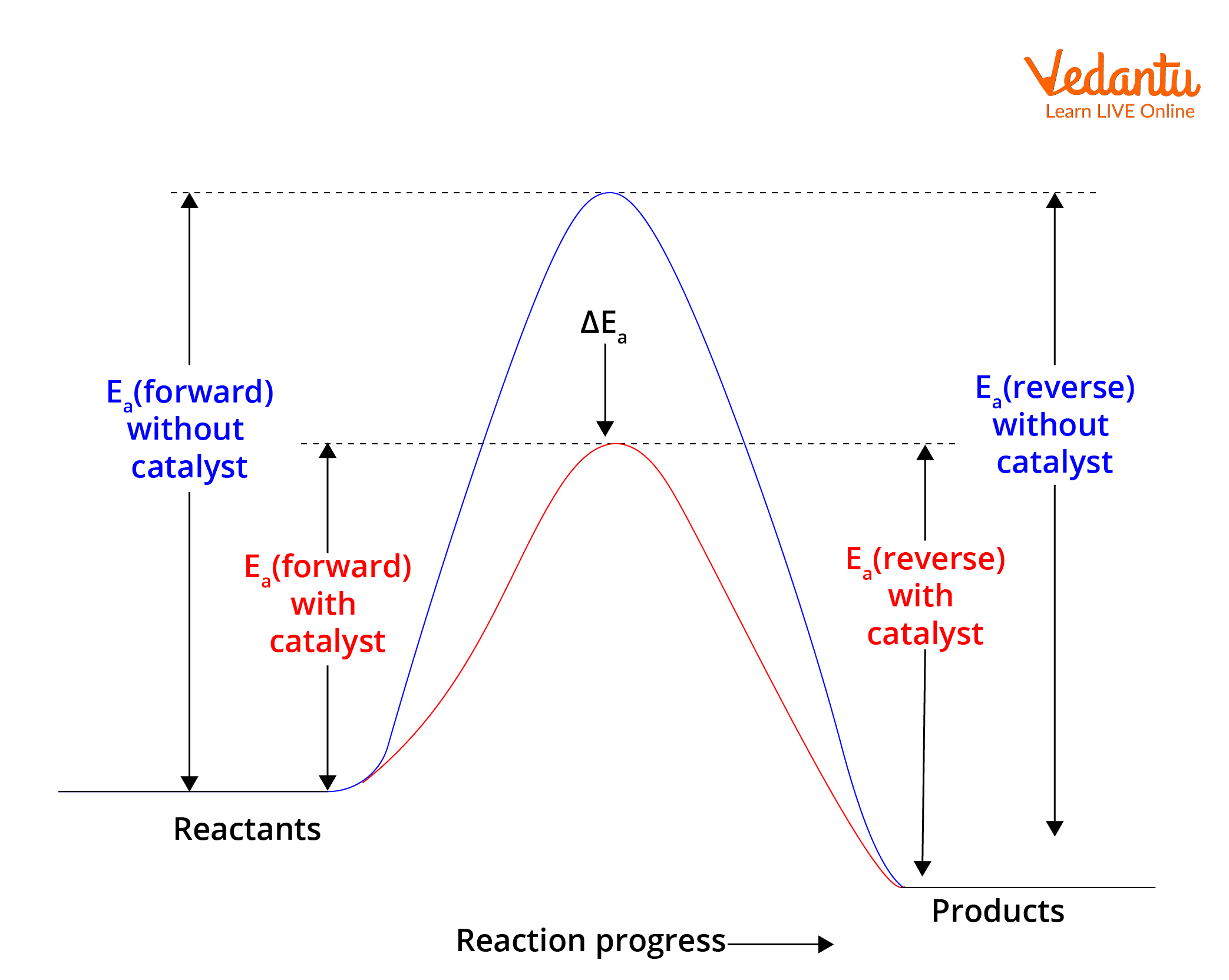 These are some examples of the application of Le Chatelier’s principle:

FAQs on Le Chatelier’s - Principle and Its Examples for JEE

2. Give examples of equilibrium in everyday life.

Since the amount of heat lost by the coffee to the environment balances the amount of heat acquired by the environment when hot coffee cools down to room temperature, it is considered to have reached thermal equilibrium with the space. When the rate of the forward reaction equals the rate of the backward reaction, reversible processes reach chemical equilibrium (converting products to reactants). Reproduction of a species at a rate that is equal to or greater than its mortality rate is an illustration of biological equilibrium.