The capacity of a business to create money (profit) from sales, balance sheet assets, operational costs, and shareholders' equity during a certain period is measured and evaluated by analysts and investors using profitability ratios. They demonstrate how well a business uses its resources to generate profit and shareholder value.

Most businesses frequently aim for a larger ratio or value since doing so typically indicates that the company is operating profitably and creating cash flow. The ratios are helpful when compared to other firms in a similar industry or earlier periods. The following analysis looks at the most popular profitability ratios.

What are Profitability Ratios?

Profitability ratios include a class of financial measurements used to evaluate a company's capacity to make profits from its revenue, operating costs, balance sheet assets, or shareholders' equity over time.

Efficiency ratios, which evaluate how well a corporation uses its resources internally to create money, can be contrasted to profitability ratios as opposed to after-cost profits. Some important things about the profitability ratio are given below:

Several profitability measures can be used to figure out how financially healthy and successful a company is. One can make these ratios easier to understand by dividing them into ten types:

The Gross Profit Ratio is a measure of profitability that shows how gross profit compares to net sales revenue. It is also called the Gross Profit Margin, shown as a percentage.

The operating ratio is used to determine how much it costs to run a business compared to how much money it brings in.

The operating profit ratio is a profitability ratio used to figure out how much money was made from operations and what the net income was. The amount is given as a percentage.

The net profit ratio is an essential measure of profitability because it shows how net sales relate to net profit after taxes. It is called the net profit margin when it is given as a percentage

It helps investors figure out if the company's management can make a profit from sales and how well operating costs and costs related to overhead are controlled.

A company's capacity to create profits from its capital is quantified by the return on capital employed (ROCE) or return on investment. It is a crucial metric often utilised by investors when evaluating potential enterprises in the first stages of the investment process.

This metric, also known as Return on Shareholders' Equity, is used to ascertain whether or not shareholder investments are fruitful. If it is not, it is a sign that the firm is misusing its resources.

To gauge how profitable a firm is, analysts look at metrics like earnings per share or EPS. Earnings per share are determined by dividing total net income by the number of shares in circulation.

An increase in earnings per share indicates more profitability for the business.

Equity accessible to common shareholders is divided by the total number of shares outstanding to arrive at book value per share.

Book value per share is determined using the following formula:·

The dividend payout ratio is the proportion of a company's net income distributed as dividends to its shareholder base.

This concept is similar to the commonly used P/E Ratio. It relates a company's stock price to its EPS. Investors may benefit significantly from this information since they will care more about the current and future profitability of the company's shares. 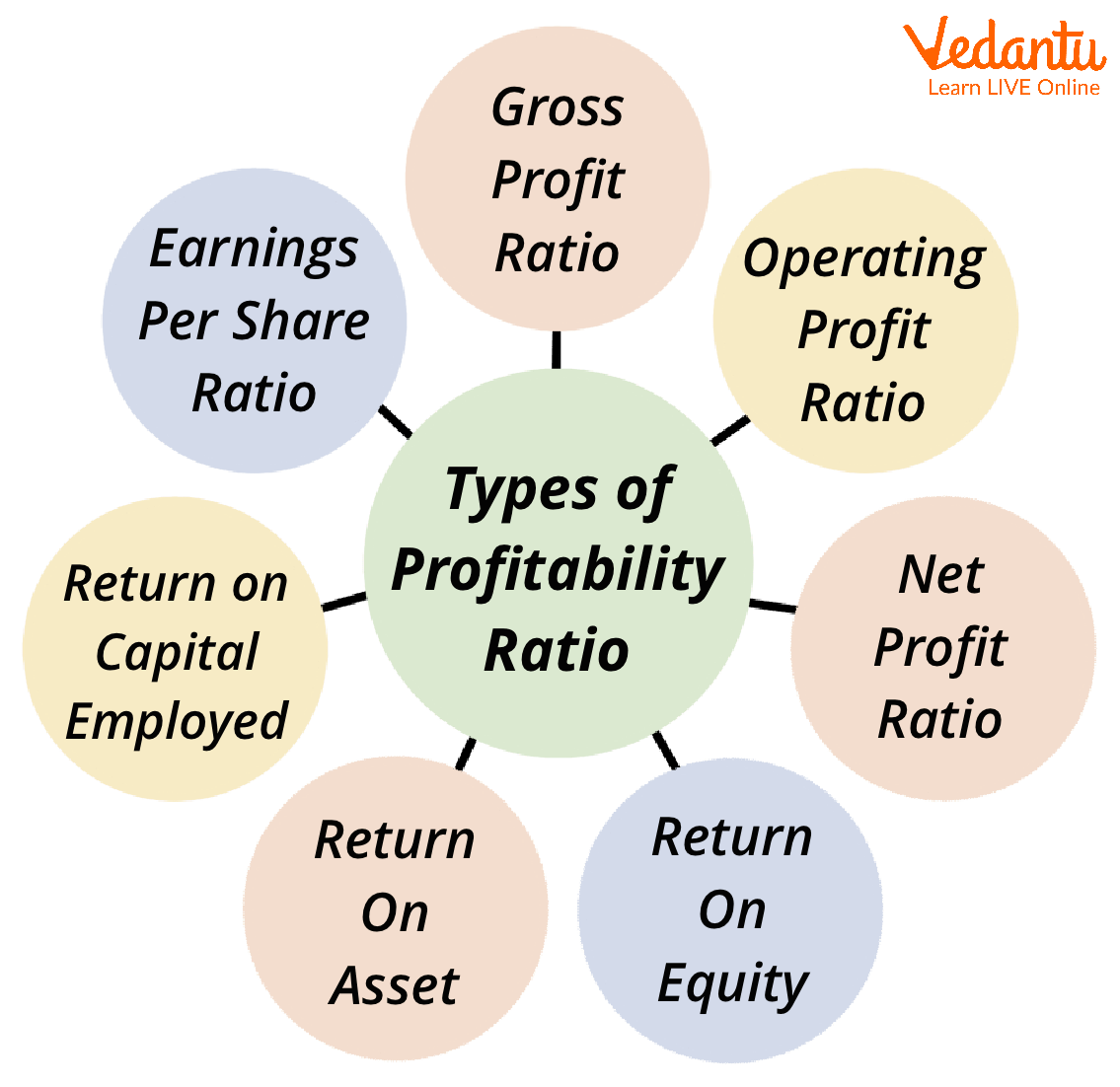 What do Profitability Ratios Tell You?

Most overall profitability ratios are based on a more significant number than a vendor's, or the same ratio from a prior period denotes the company's success. Compared to other businesses, the business's past, or typical ratios for its sector, return on assets are most helpful.

The gross profit margin is one of the most popular profitability or surplus ratios. Gross profit, also known as the cost of products sold, is the difference between revenue and manufacturing expenses (COGS).

Some industries have seasonal activities. For instance, shops often see greater revenues and profitability during the holiday season. Therefore, since they are not directly comparable, it would be useless to compare a shop's fourth-quarter gross margin of profit against its first-quarter gross profit margin. It would be significantly more instructive to compare a retailer's third profit margin to its 4th profit margin from the prior year.

The biggest drawback of profitability ratios is that none account for the entire picture, even if they are a fantastic place to start when undertaking economic research. Building a DCF model with 3-5 years of historical results, a 5-year projection, and a terminal value that produces a Present Net Value (NPV) of the firm is a more thorough approach to integrating all the important aspects that influence a company's financial health and profitability.

You can see how many of the general profitability ratios based on mentioned above—like EBIT, NOPAT, and Cash Flow—are components of a DCF analysis in the screenshot below. The objective of a financial analyst is to include as much data and specifics about the firm in the Excel model as is practically practicable. 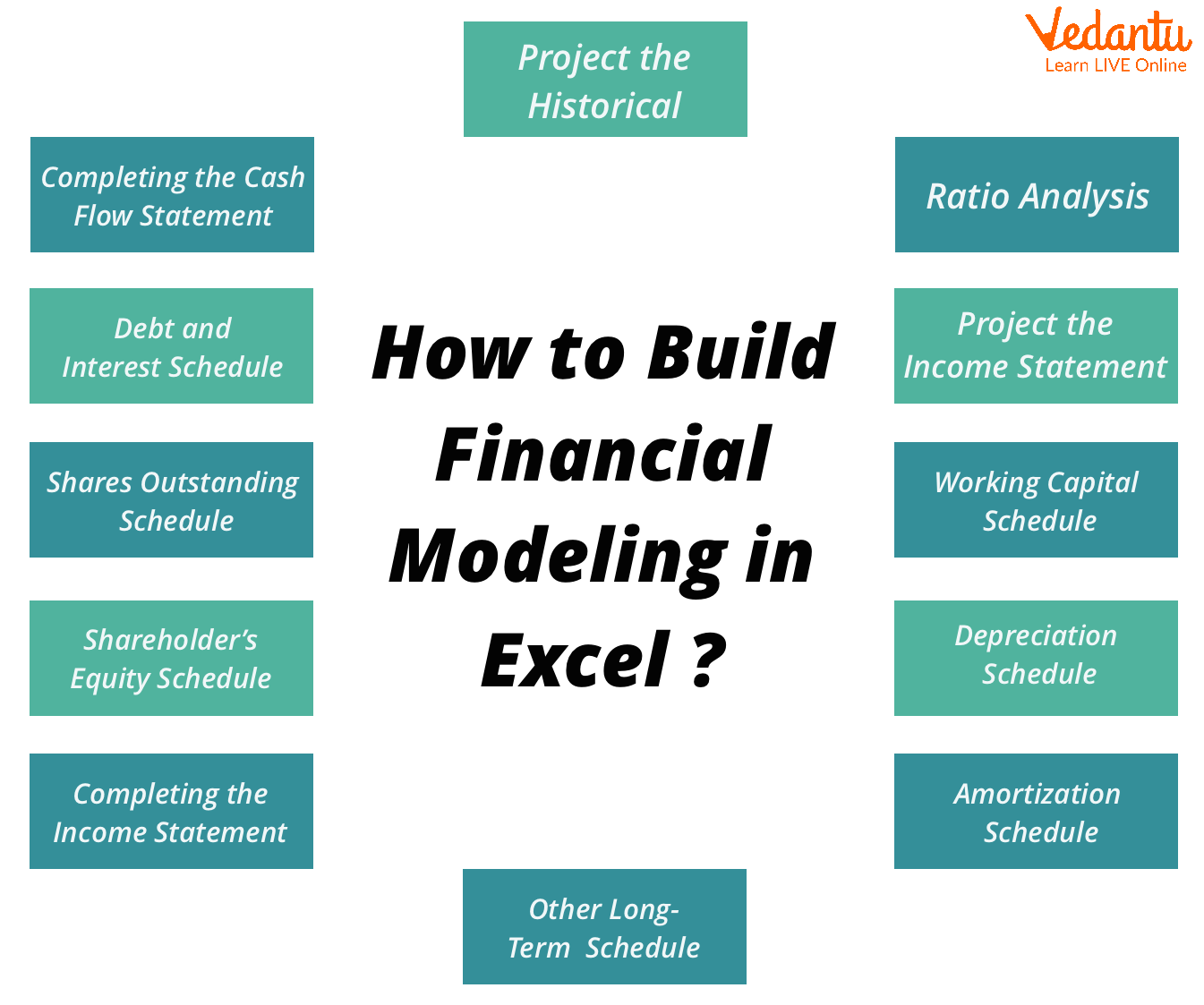 Gross margin, operational margin, pretax profitability, and net profit margin are a few of the several profit margins used to gauge a company's profitability for various cost levels of inquiry. As layers of extra costs, including taxes, operational costs, and cost of goods sold, are taken into account, the margins are reduced.

The gross margin measures how much a firm makes after deducting COGS. The portion of revenues that remain after covering COGS and operational costs is known as the operating margin. After deducting additional non-operating expenditures, a company's pretax margin shows its profitability. The capacity of a business to produce profits after all costs and taxes is known as the net profit margin. 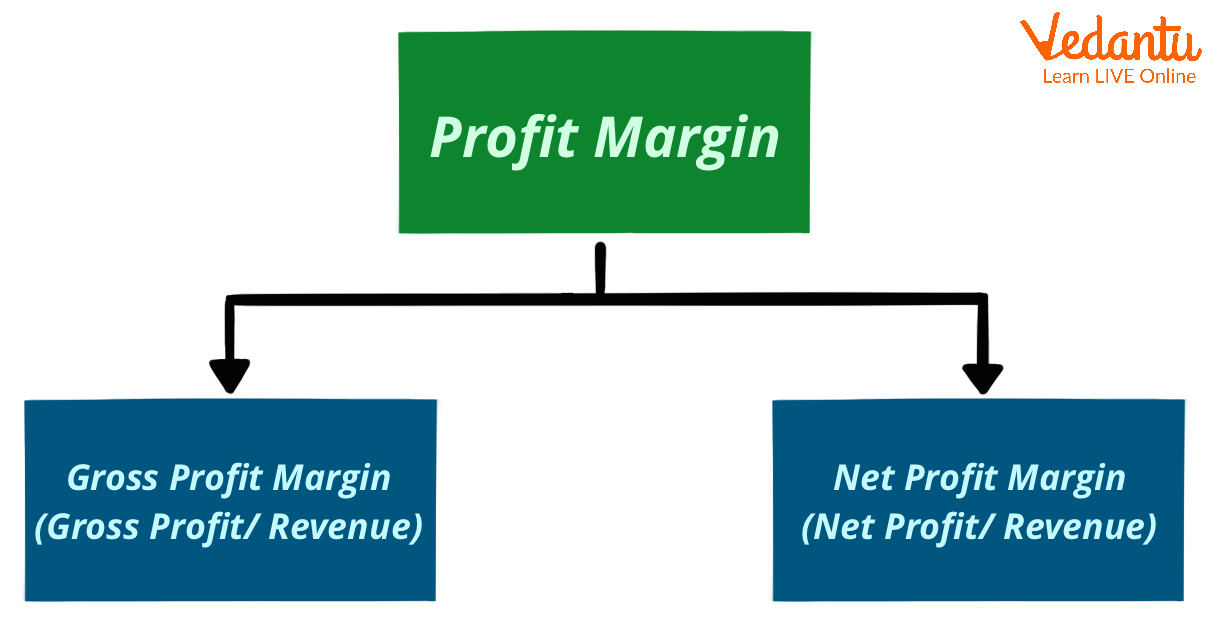 Financial Managers: The performance of the various financial functions of the business organisation may be learned via financial ratio analysis by financial managers, who need to have this knowledge. Ratio analysis is a useful and effective method for financial analysis.

Gross profit margin is a popular margin ratio. Gross profit is the difference between revenue and manufacturing expenses, or COGS (COGS).

The Calculation of Invoice Price | Learn and Solve Questions

The Calculation of Invoice Price | Learn and Solve Questions

FAQs on A Brief Explanation of Profitability Ratios - Ratio Analysis

1. Financial Statements: What Are They?

A corporation's financial statements are written papers detailing the firm's activities and financial performance. Before being used for reasons such as financing, investing, or taxes, financial statements are routinely audited to ensure that they are accurate by government agencies, accounting firms, and other organisations. Using financial ratios may provide insight into an organisation's current finances. These indicators may determine if a firm is financially healthy, sound, in a strong position, or in a bad situation.

2. To what extent does the current ratio matter?

3. Why is maintaining a healthy profitability ratio so important?

You may use indicators of a firm's profitability to hazard a guess as to whether or not the company will be able to meet its financial obligations. To be more precise, profitability ratios are helpful tools that enable organisations to evaluate whether or not they will be able to create a profit after deducting all of the costs associated with operating their operations. This is done by comparing the amount of revenue generated to the number of expenses incurred.

4. How can financial modelling (beyond profitability metrics) contribute to decision-making?

While profitability measures are helpful jumping-off points for further financial research, they do not provide a comprehensive view of the situation. Building a DCF model that incorporates 3-5 years of historical results, a 5-year projection, and a terminal value and that produces a Present Net Value (NPV) of the firm is a more thorough method to combine all the key aspects that affect the financial health and profitability of a company. One way to do this is to develop a DCF model that provides a terminal value.

5. What is the profitability ratio formula?

For a company to be profitable, it must demonstrate that it is making a profit. Therefore, the profitability ratio formula is a valuable financial instrument for gauging an organization's potential to generate profits from its operating costs. In addition, different metrics from the income statement & balance sheet are included in these ratios, allowing for a complete examination of the company's status. For the profitability ratio example, a company performs better than its rivals and the market. Therefore, the higher these ratios should be.

6. What can we learn from ratios of profitability?

Ratios with a higher value are generally more encouraging. Still, they reveal much more when compared to the importance of other firms, the company's success in the past, or the average value across all businesses in the same industry.