Which of the following statements regarding an anion is not true?
(A) The gain of an electron leads to the formation of an anion.
(B) The radius of an anion is larger than the atomic radius of its parent atom.
(C) The effective nuclear charge increases when an anion is formed.
(D) Electron clouds expand due to increased repulsion among the electrons.

Complete step by step answer: An ion which results from an atom or molecule when it gains one or more valence electrons thereby giving a negative charge is called an anion. Thus, anions have more electrons than protons. Therefore, the statement A is true. 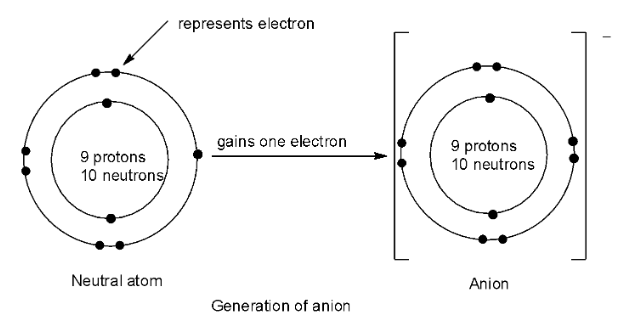 So, thus option C is not true.