Complete step by step answer:
In methane, carbon has 4 valence electrons and takes 4 more electrons to complete its octet. The four half filled orbitals of carbon in methane before getting involved in bond formation, mix up their energies and rearrange and redistribute equally to give four new and equivalent ${\text{s}}{{\text{p}}^3}$ hybrid orbitals which are directed at an angle of ${109^\circ }28'$ with respect to one another. These 4 ${\text{s}}{{\text{p}}^3}$ hybrid orbitals of carbon then overlap with 1s orbitals of 4 hydrogen atoms to give four ${\text{s - s}}{{\text{p}}^3}$ sigma bonds. The four bonds in methane are directed towards the 4 corners of a tetrahedron.

So, option C is correct. 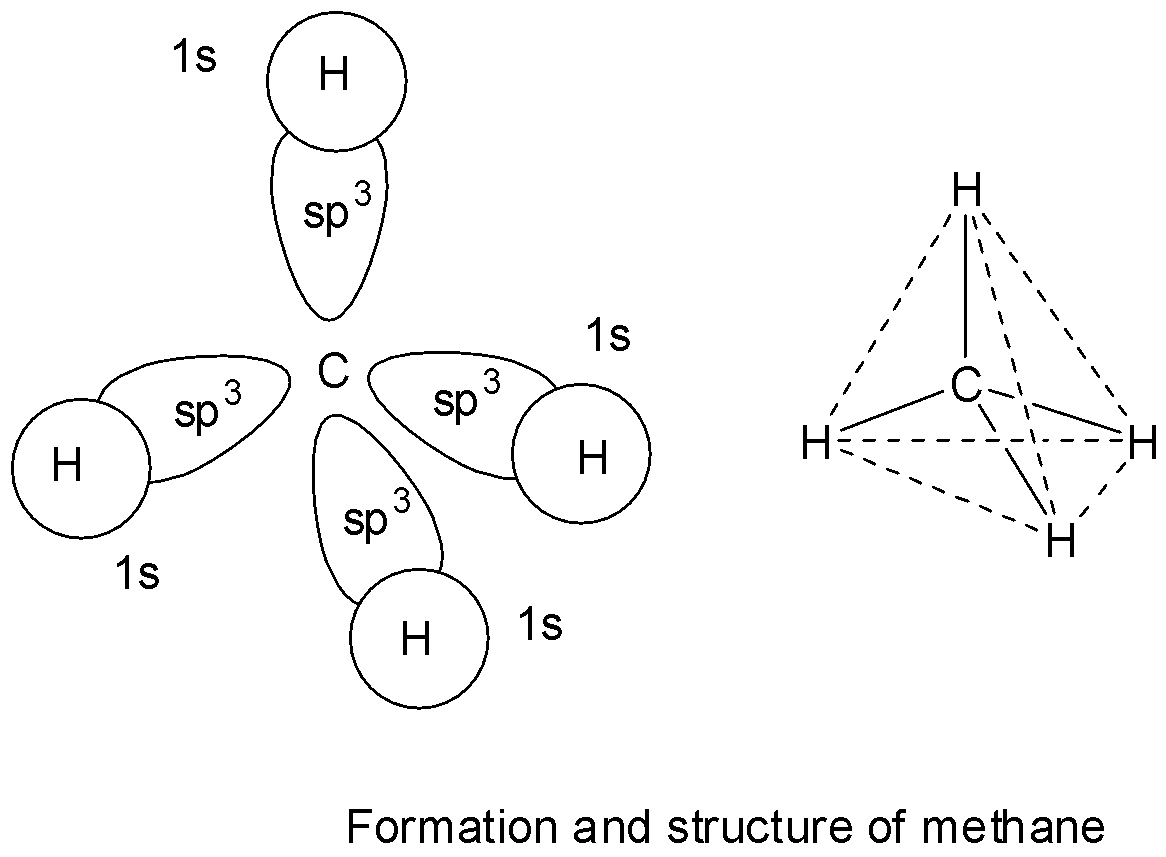