Optical Isomerism in Allene, Spiro, and Biphenyl for JEE

Optical isomers refer to those stereoisomers that have the same molecular formula and even exhibit identical physical and chemical properties. However, they have a different spatial arrangement, and because of this, they react differently to the plane-polarised light. They are non-superimposable mirror images of each other and are found in molecules having asymmetric carbon.

Compounds with No Chiral Carbon

It is widely known that to exhibit optical isomerism, the chemical compound must have a chiral carbon. However, there are a fair number of compounds that do not have chiral carbon yet exhibit optical activity. This is because these compounds are non-planar and give rise to non-superimposable mirror images. To find the chirality of these compounds, we look for symmetry elements that are the centre of symmetry and plane of symmetry.

If any of these symmetry elements are present, the molecule will be optically inactive. Three of the molecules that bear no chiral carbon but are optically active molecules are allenes, spiro compounds, and biphenyls are discussed below. 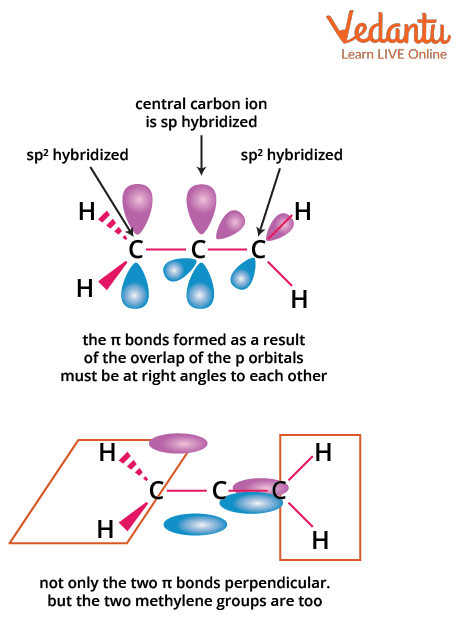 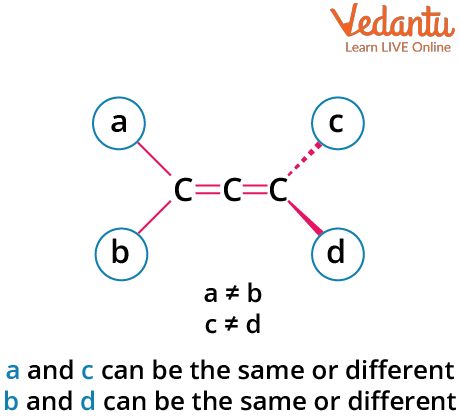 Side groups in allene that show optical activity

This way, no plane of symmetry or centre of symmetry will exist and will make them optically active. One example of optical isomerism in an allene is shown below. 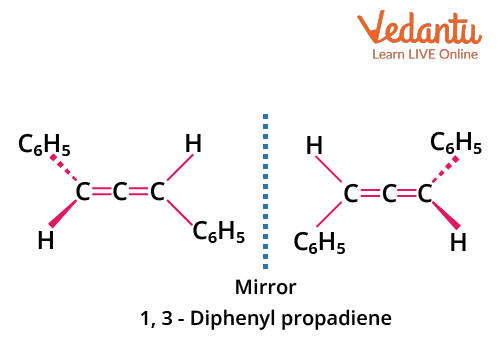 Spiro compounds are made up of two rings attached to a single carbon atom (spiro carbon atom), which is sp3 hybridised. This results in a tetrahedral geometry which makes the 2 rings perpendicular to each other (non-planar in 3-D). Spiro compounds thus give non-superimposable mirror images. The 3-D structure of the spiro compound can be equated with the structure of allene. Thereafter, similar conditions for the compound to show its optical activity are applied. 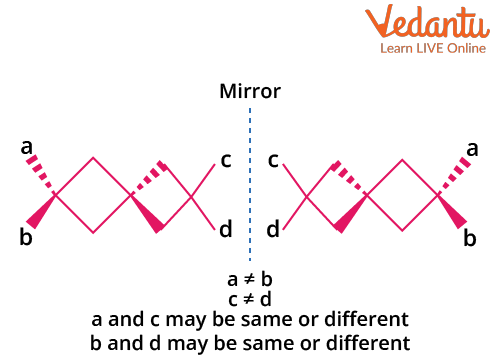 The ring systems on either side of the central carbon atom may or may not be identical, but they would still be optically active. 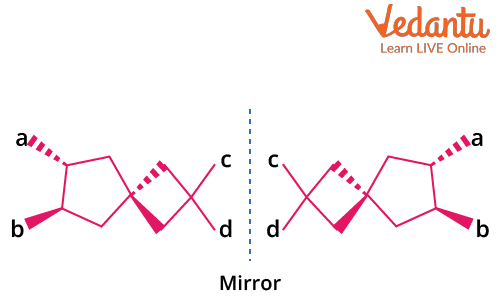 Biphenyls are formed by 2 benzene rings attached via a single sigma bond. When biphenyl rings are substituted over ortho position, the carbon atoms in benzene are sp2 hybridised, thus the rotation across the sigma bond is restricted. Also, to minimise steric hindrances, both the rings lie perpendicular to each other. Substitution over meta or para positions allows the rings to move across the single sigma bond, causing it to become planar and create a plane of symmetry, rendering it optically inactive.

Optical activity in biphenyls is observed when ortho substitution is present over both the rings and the groups are not identical. Otherwise, a plane of symmetry will exist and it will become optically inactive. 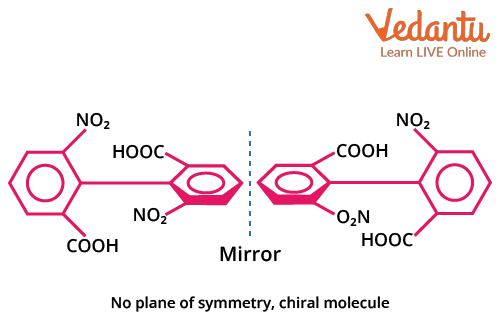 Optical isomers are chemically equivalent but still exhibit some different properties that show the complexity and need to understand the three-dimensional structures of chemical compounds. Symmetry elements are tools with the help of which one can understand whether the compound is optically active or not. They are imaginary but provide an understanding of real molecules. Allene, spiro compounds, and biphenyls are some compounds that do not possess a chiral carbon yet show chirality because of their three-dimensional structure and asymmetric characteristics.

FAQs on Optical Isomerism in Allene, Spiro, and Biphenyl for JEE

No. Geometrical isomerism is observed in an alkene molecule with differently substituted groups across the double bond. The 2 isomers are referred to as cis and trans, which is based on the relative position of the groups. The rotation is restricted in alkenes across the double bond, and so both the isomers exhibit different spectral properties. Optical isomers however may or may not have double bonds and have the same spectral properties. They only differ in their ability to rotate plane polarised light and their interactivity with other chiral molecules.

2. What is the difference between enantiomers and racemic mixtures?

Enantiomers are optical isomers with non-superimposable mirror images of each other. They are optically active and relate to each other by having the same chemical formula. Racemic mixtures, also known as racemates, are formed by mixing equimolar amounts of optical isomers or enantiomers of a compound. As long as the amount is equal and the isomers have opposite natures in bending the plane polarised light, the racemic mixture is optically inactive. The effect of both isomers nullifies each other’s activity.