Constrained Motion and Its Types With Examples

What is Constrained Motion?

A body or a particle is forced or compelled to move along any particular path due to the action of external forces on it. These forces which constrain the motion are known as ‘constraint forces’. Some examples include the motion of a body on a wedge, a particle sliding down a curve under gravity, a particle tied to one end of a string, the movement of a fan, and many more. The directions or the restrictions are different types of constraints applied to a system.

There are three types of constrained motions. They are listed below:

We will be looking at these motions in detail. A visual representation of these different types of constrained motions is given in the diagram below. 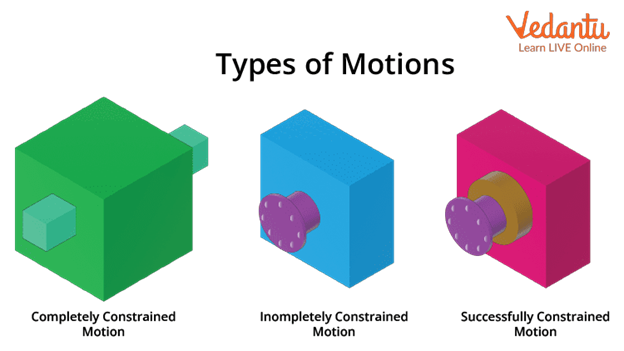 Completely constrained motion is defined as the type of motion where the motion of the pair is limited to only one direction. This is irrespective of the direction of the applied force. The most common example of this kind of motion is the rectangular shaft moving in a rectangular hole. In this case, the constraint is the shape of the shaft and the hole. The shaft cannot move in any other direction. 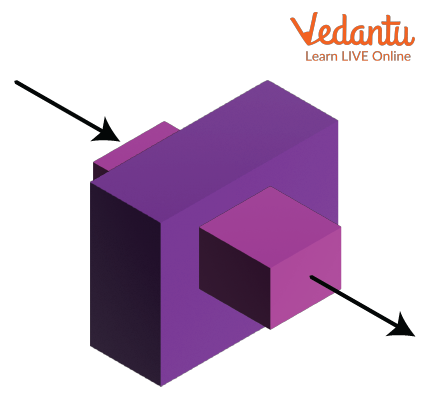 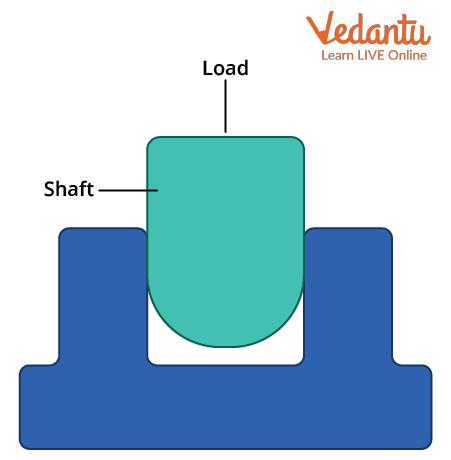 A circular shaft or a strip in a circular hole is an example of incompletely constrained motion. The circular shaft or strip can either rotate or slide into the hole. Both these motions have absolutely no connection with each other and the shaft can do either of these motions. Since the motion is taking place in more than one direction, this is an incompletely constrained motion. Below is the illustration of this example. 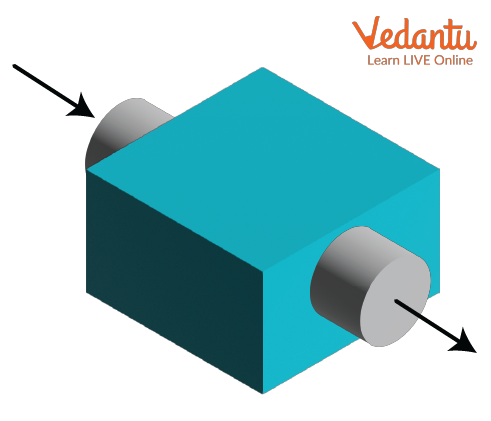 Constraints refer to restrictions on an object's motion, position, or both motion and position. Due to the impact of external forces on a body or a particle, it is forced or compelled to proceed along a specific path. Constraint forces are the forces that keep the motion in check. The motion that takes place when there are constraint forces or constraints in motion is a constrained motion. The elements of a machine are called a pair if they are in contact with each other.

FAQs on Constrained Motion and Its Types With Examples

1. What is the difference between constrained and unconstrained systems?

Constrained systems are the systems that are compelled to move in any particular direction due to the application of external forces or due to the path along which they are moving. There is a restriction in certain variables if the equation of the motion is written down. In an unconstrained system, the variables in the equation of motion can take on any value and there are no restrictions. The choice variable in this case can only take on certain values within a larger range.

2. What is constrained plane motion?