What is Time? Easy Explanation for Children

What is the time? This is one of the most frequently asked questions in English, and for good reason: knowing the proper time is critical for keeping a well-organised schedule. Knowing how to tell the time allows a person to ensure that they will be able to catch the bus on time or determine whether or not they will be able to attend an event without difficulties.

Learning to read “what’s the time” on a clock is a milestone for children as they grow up since it helps them to be more autonomous and have more influence over their life.

In English, there are various methods to express time. The most common and popular method is to talk about the hours, which involves a person telling what time it is by stating the hour of the day. However, depending on what is the time, there are a variety of methods to do so.

A person could communicate time in a more general way by talking about the time of day when the action is taking place, or in a more formal way by using military time.

Hours of the Day

This is the most common method of telling time. It involves splitting the 24-hour day into two 12-hour parts: a.m. (from the Latin ante meridiem, which means 'before midday') for mornings, and p.m. (from the Latin post meridiem, meaning after midday) for the evening portion of the day. A clock, showing the time as 3 o’clock.

"It's 3 o'clock," for example, is a statement that refers to the hour as a full hour without specifying the minutes. When talking about whole hours, it's often helpful to use a.m. or p.m. to clarify whether it's morning or evening when the context isn't apparent. In these cases, using "o'clock" isn't necessary.

For example, the plane arrives on Saturday afternoon, at 3 o’clock.

This method of describing time involves using integers from 0 to 24 to represent the hours in a day. According to it, midnight would be 0:00 and noon would be 12:00.

When telling time in English, there are two methods to talk about minutes. For example, 10:06 would be "ten oh six" (note that when talking about minutes from 01 to 09, the zero is usually written as "oh," which is another way of referring to this number), and 06:36 would be "six thirty-six."

Some examples of this way of talking about the hour are:

However, minutes are not expressed individually but in groups most of the time. This term denotes that half of the hour's minutes (thirty) have already passed, so "half past three" means 03:30. 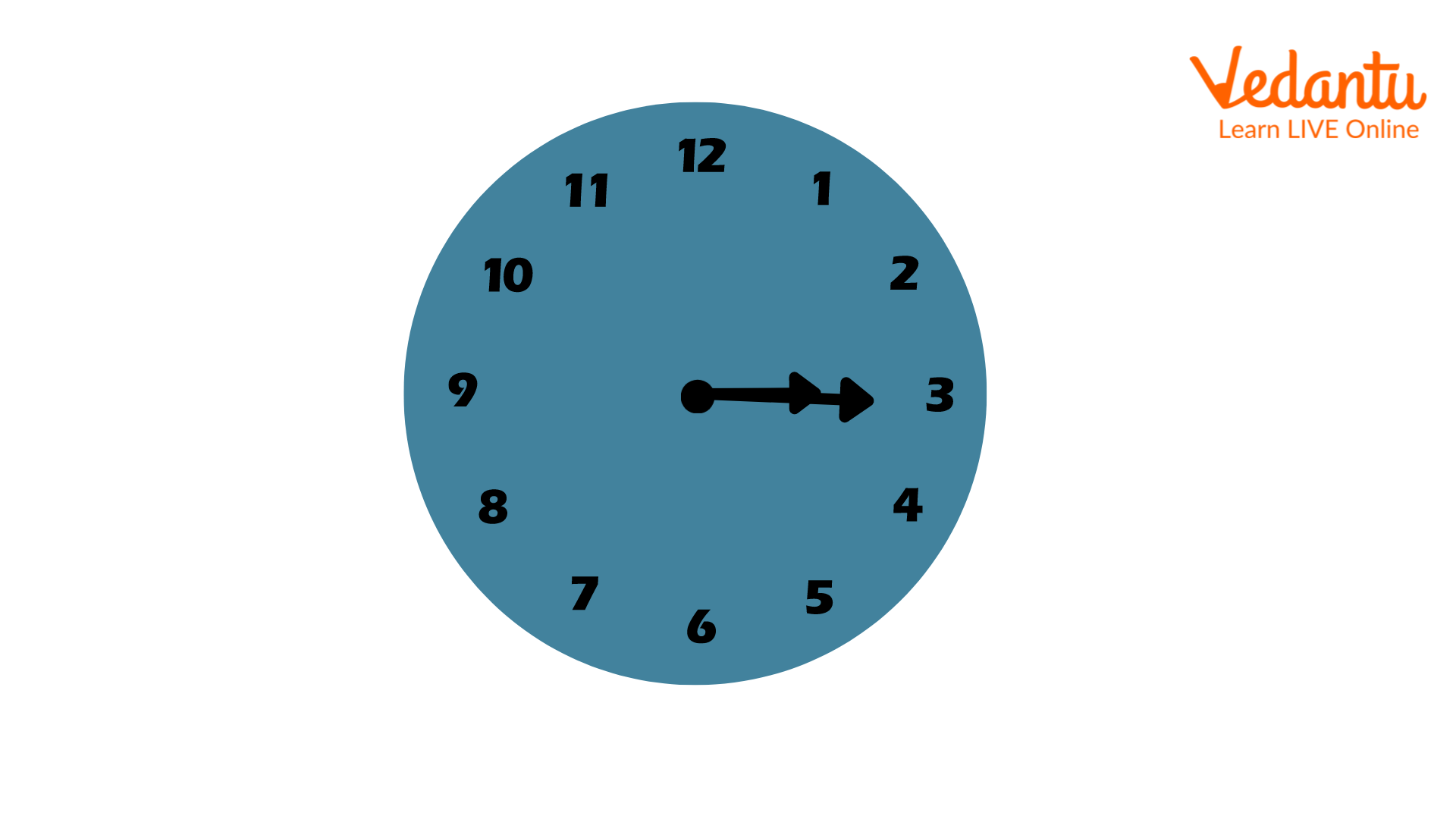 When discussing the minutes until a given hour, the word ‘to’ is used. If the time is 09:48, for example, it is read as "twelve minutes to ten." When discussing the amount of time or hours till something happens, both ‘till’ and ‘until’ are used, but the former is regarded as more informal. "Two hours until bedtime," for example, can be said this way. A clock showing twenty-five minutes to one.

Times of the Day

Even while telling the hour as it is is the most precise way of expressing time, there is another approach that is equally often used. It indicates the time by referring to the time of day. This is a general approach to time, not a precise one. It's mostly used when the precise hour and minute aren't critical.

It's the time of day when the sun comes out, signalling the beginning of the day. For example, I always get up at sunrise when I have classes.

The time of day after sunrise and before noon is known as morning. It's usually from 6 a.m. until 12 p.m. For example, In the mornings, I always go to school.

Afternoon refers to the period of time following midday. It normally starts at about 1 or 2 p.m. and lasts until around 6 p.m. For example, Shiwani will organise her toys this afternoon.

It's the time of day when the sun sets and everything turns dark, as the name implies. It is around 6 p.m. For example, I go for a walk at sunset.

The evening begins shortly after sunset and lasts until around 9 p.m. or 10 p.m. For example, we’re going to watch a movie this evening.

This term refers to 12:00 a.m. or 00:00 in military time. It is also commonly used to refer to times that are close to this hour. For example, the moon looked lovely at midnight.

In this article, we have learned about time and how to express it. Kids can easily learn how to answer ‘What is the time’ by practising. Though adding words such as noon, midnight, morning etc. helps them to analyse the approximate time, and answer quickly. We hope this article helps kids to learn about time.

To learn more about such interesting articles, visit our website.

FAQs on What is Time? Easy Explanation for Children

1. Give some examples of how to ask what’s the time?

A few of the examples to ask what’s the time are:

2. Give the importance of time in our daily lives?

One of the most mysterious forces in the universe is time. In our lives, time is quite important. Using time can help us build a healthy habit of planning and managing our daily chores. You can gain experience and build talents through time if you better understand its value. Time is the most important resource since it cannot be replaced.