Examples on Comparative and Superlative Adjectives

The words that beautify a noun are called adjectives. Some examples of adjectives are as follows:

What are Superlatives and Comparatives?

Comparative adjectives are used to compare one noun to another. In this type, only two objects are compared. For example, someone might say that "the blue colour ball is brighter than the red one."

Superlative adjectives are used to compare three or more nouns. They are also used to compare one thing against the rest of a group. Also, these adjectives demonstrate a higher level of comparison among more than two objectives. For example, "She is the brightest student in the whole class."

When students are trying to organise their thoughts and draw a comparison between two or more items, it's helpful to show them several examples of superlatives and comparatives adjectives for kids. Let's explore some examples below. 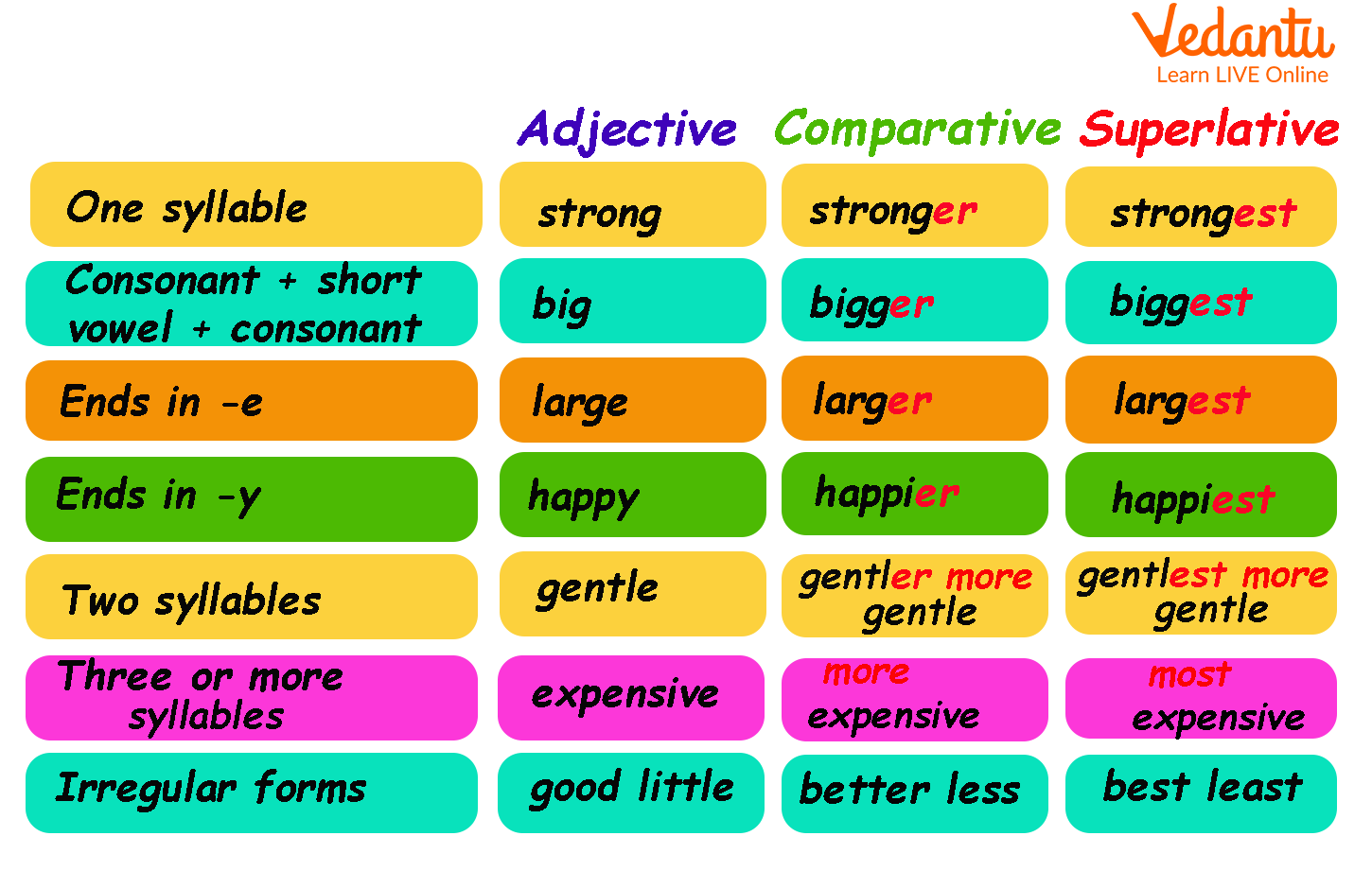 Examples of Superlatives and Comparatives

So, this was all about superlatives and comparatives. Going through the above examples will help you understand the positive, comparative, and superlative forms of adjectives. Knowing the difference between the three of them and how they should be used in your sentences or while you are engaging in a conversation will enhance your writing and speaking skills. If you wish to polish your grammar skills, you can try out the English grammar worksheets on our website.

FAQs on Examples on Comparative and Superlative Adjectives

1. What are adjectives and adverbs?

Adjectives are one of the parts of speech that beautify a noun or pronoun. They usually tell what kind, how many, or which about nouns or pronouns. However, an adverb modifies or beautifies a verb, even another adverb or an adjective. We can usually recognise an adverb by the suffix -ly at the end of it.

2. What is the rule for superlatives and comparatives adjectives?