What are Polar Compounds?

An Introduction to Polar Compounds

Molecules or their chemical groups have an electric dipole moment with a negatively charged end and a positively charged end when they are polar, which in chemistry is the separation of electric charge. This separation of electric charge is known as polarity. In a bond, this polarity difference leads to unequal sharing of electrons between the atoms, as electrons will be pulled closer to the atom with the higher electronegativity. The difference in electronegativity determines the nature of chemical compounds. Compounds are classified as polar, non-polar, and ionic compounds based on electronegativities. Polar covalent compounds conduct electricity.

Knowing What Are Polar Compounds

The forces of attraction are arranged as

Estimating Factors That Determine the Polarity of Compounds

Some Examples of Polar Compounds

A molecule may be polar or nonpolar. A nonpolar molecule has a structure of its atoms lined up in a way that the orbital electrons in the outer region cancel out the electronegativity.

Any of the noble gases: He, Ne, Ar, Kr, Xe (These are atoms, not technically molecules.) Any of the homonuclear diatomic elements: H2, N2, O2, Cl2(These are truly nonpolar molecules.)

Hydrocarbon liquids, such as gasoline and toluene

Since polar covalent compounds' molecules have charge separation between them and behave as ions in aqueous state, they are excellent electrical conductors. These polar molecules conduct electricity and can move about freely in a solution.

These factors, which give end products or fried oil an unfavourable colour, odour, and excessive viscosity, are mostly to blame for the quality degradation of deep-fried foods. Thus, it is hypothesised that TPC produced during the frying of edible oil is responsible for the negative impacts on bodily health.

The detrimental effects of frying oil on health have only recently come to light. According to a report, oxidised fat and deep-fried oils may have a disproportionate role in the development of metabolic syndrome. Inhibiting development rate, encouraging liver size, and attenuating detoxifying enzymes connected to defence mechanisms against in vivo lipid peroxidation are a few ways that frying oils may impair liver function. Furthermore, frying oil and its polar components may disrupt the expression of the genes involved in vitamin A metabolism in the embryonic liver and result in malformations in pregnant mice. To our knowledge, however, the cellular impacts of TPC (the primary ingredients in frying oils) have been underappreciated.

Difference Between Polar and Nonpolar Compounds 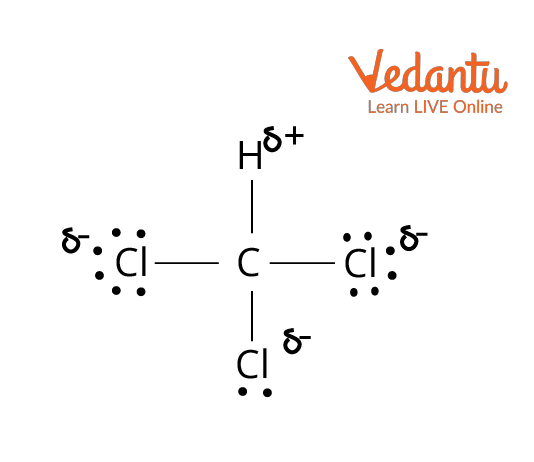 Difference Between Metallic and Non-Metallic Minerals - Detailed Explanation and FAQs

FAQs on What are Polar Compounds?

The molecule of carbon tetrachloride (CCl4) contains four polar bonds; however, the polarity of the bonds is cancelled by the symmetry of the tetrahedral structure, making the molecule nonpolar. When additional atoms take the place of some of the Cl atoms, the symmetry is disrupted and the molecule turns polar.

2. When are molecules having the perfect tetrahedral shapes non-polar in nature?

3. What is a dipole moment?

A dipole moment is a unit used to describe how far apart two electrical charges are from one another. Dipole moments are a type of vector. The direction is from negative charge to positive charge, and the magnitude is equal to the charge times the distance between the charges: μ = q · r.

4. Give the key differences between polar and non-polar compounds?

The primary difference is that a polar molecule possesses a net dipole moment, whereas a non-polar compound does not.

In general, polar compounds are soluble in water, but non-polar molecules are not.

The boiling points of polar compounds are greater for those with a lower molecular weight. For lighter compounds, this is due to dipole-dipole bonding, which is stronger than dispersion forces found in non-polar compounds.

Non-polar molecules, on the other hand, have a lower boiling point, which makes them more volatile.