VIEW MORE
Introduction- What are Electronic configurations?
Electronic configuration is defined as the distribution of electrons into the orbitals of an atom. Every neutral atom consists of a fixed number of electrons which is equal to the number of protons and is called the atomic number. Apart from electrons and protons, an atom also has neutrons which may or may not be equal to the number of the protons. In an atom, the protons and the neutrons lie in the nucleus and has almost negligible role in governing any chemical reaction. However, the electrons are the ones which lie outside the nucleus of the atom and their precise distribution inside an atom play a very important role in governing the chemical reactions that the atom involves in. Electronic configuration of an atom defines the precise distribution of electrons in an atom and this distribution helps in understanding the reasons for the chemical reactions that the atom or its corresponding molecules get involved in.

Subshells
Before we know how to write the electronic configuration, it is very important to know the concept of shell, subshell, and atomic orbital.
When the Schrodinger wave equation is solved for a system, the solutions obtained from it gives us the possible energy levels that the electrons can occupy and the corresponding wave function(s) of the electrons associated with each energy level. The solution to the Schrodinger wave equation for a system gives us the quantized energy states which an electron can occupy and is characterized by a set of three quantum numbers:


So, we can say that, every subshell is assigned an Azimuthal quantum number, l and for every subshell we have a corresponding symbol in order to designate the subshell.
Value of l= 0 1 2 3 4…
Symbol/notation for subshell= s p d f g…
So, the notation for different subshells go this way:

However, one can write the electronic configuration just by understanding the Aufbau principle. It states that, in ground state, the electrons occupy the atomic orbitals in their order of increasing energies, which is given by n+l rule. Higher the value of n+l for the orbital, higher is the energy. If two orbitals have same value for n+l, the orbital with lower value of n will have the lower energy and so the electrons will occupy that first.
So, the order of filling of the electrons goes this way:
1s,2s,2p,3s,3p,4s,3d,4p,5s,4d,5p,4f,5d,6p,7s…
Each atomic orbital can just accommodate only 2 electrons that too in opposite spin only.
So the distribution of electrons goes this way: 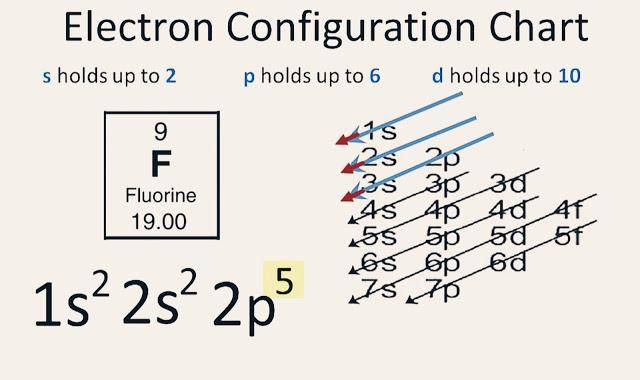 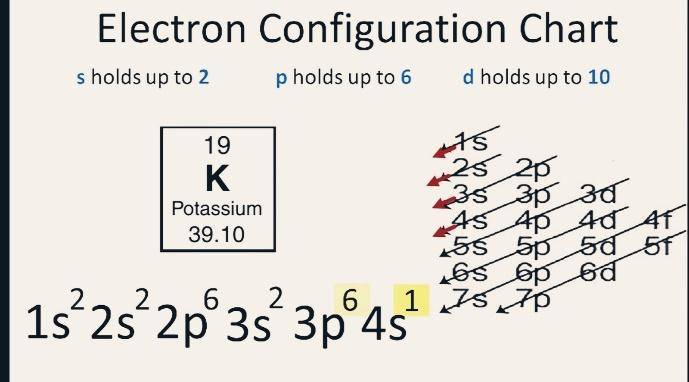